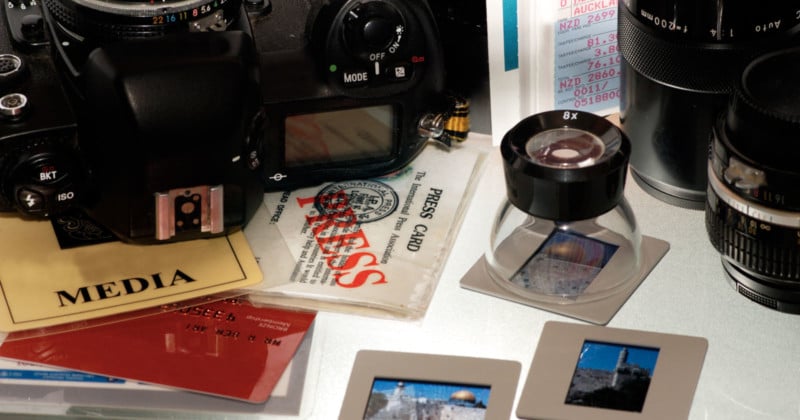 I began working on a long-term project on child sexual abuse after receiving a three-day assignment from Marie Claire magazine USA to work with the Police Child Protection Unit in South Africa documenting infant rape. This was back in 2001, but I feel the lesson learned is still very relevant today.


At the time Corbis had bought out Saba Press Photos, my agency of many years, and so I was being represented by them.

Before heading out on assignment, I did my usual in-depth research of the project and spoke to colleagues in South Africa. Because of the nature of the crimes against these children, and because of the strict child protection laws in South Africa, I learned that the children’s identities needed to be protected – meaning no real names, and NO FACES.

I passed this information on to the editor in charge at Marie Claire and copied Corbis in all my emails. I explained that I would try to work in a way that didn’t show faces, but also knew that there was the option of printing the images with a black bar across eyes, if necessary. And, that this was a really powerful statement.

At the time, I was still shooting film, and so, once I had finished the assignment, I got it all developed, and wrote out frame by frame detailed captions with a clear heading stating, “DO NOT SHOW ANY FACES”.

Four or five months later, I received some copies of Marie Claire in the post in Kenya, and when I opened it up to have a look, I was absolutely DEVASTATED. Not only had they shown the faces of children, but they had also used a double-page spread! I was truly gutted.

I had shot so many different angles, where no faces were seen, and they had the choice of putting a bar across the eyes of the children, or blurring their faces. I had given them so many options, but instead they chose to identify these young children who had endured horrendous abuse, AND the editor had the audacity to write in the magazine something along the lines of, “we are doing this story because we care”.

I was furious. I wrote to them, and to Corbis, and insisted on speaking to Corbis’ lawyers. I said they needed to publish a note of apology for this terrible misjudgment, and maybe they could consider a contribution to an organization in South Africa that works with these children.

I explained that this was pure racism — that it was okay to show the faces of African child victims of rape, but not American ones, and that they had violated the Geneva Convention on the Rights of the Child by not protecting their identities, only to discover, that at the time, the United States, along with Somalia, were two of the few remaining countries that had yet to ratify the law. I also explained that they have violated my copyrighted images, which stated clearly, “DO NOT SHOW ANY FACES”.

In the end, Corbis did not back me, no doubt because they did not want to jeopardize the assignments that came from Marie Claire USA for their other photographers. And, Marie Claire did not give a damn. I quit Corbis on the spot, and never worked with Marie Claire USA again.

I also learned that no matter what, if you do not want the photo published, you should NOT send it to the editors. This is easier to do now with digital photography — film was a bit more complicated, but nevertheless, had I known then that there was even the slightest risk that a woman’s magazine that claims to care about women and children’s wellbeing would publish my images this way, I would have cut the film up, and sent a few frames to them.

The lesson I learned from this is that your personal work ethic and moral code, your integrity, may differ from that of the publication you are working for and from their editors. So unless you know the editor well and trust that you are on the same page, ethically speaking, protect your work and the people you have photographed.

About the author: Mariella Furrer is a photographer specializing in social documentary photography and corporate social responsibility. The opinions expressed in this article are solely those of the author. You can find more of Furrer’s work on her website, Facebook, Twitter, and Instagram.