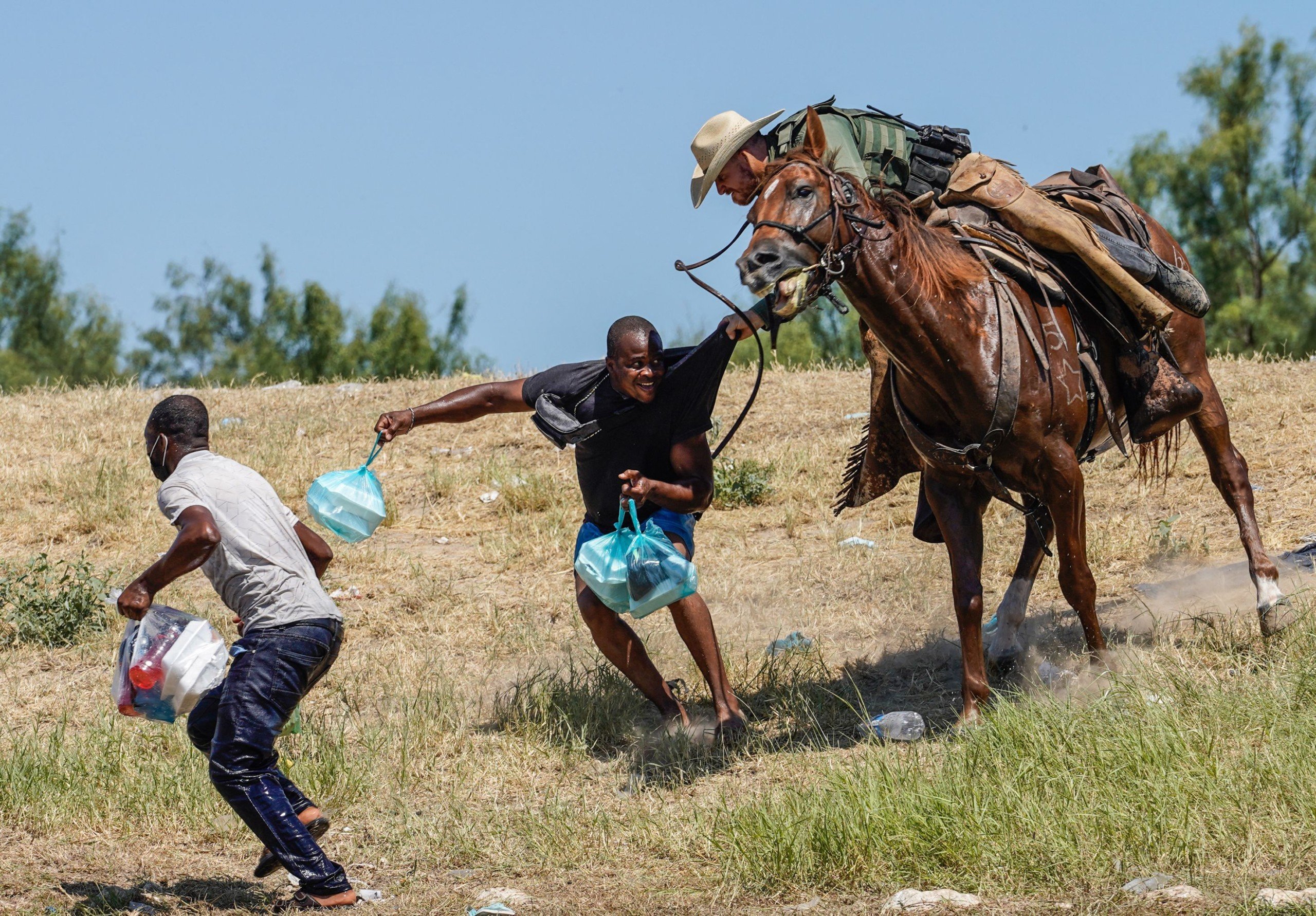 The photographer who captured viral and controversial photos of US Border Patrol agents “whipping” Haitian migrants is speaking up to say that his images have been misconstrued.

As reported by KTSM News, the images sparked widespread outrage and condemnation last week as they appeared to show agents whipping Haitian migrants who were attempting to cross the Rio Grande in Del Rio, Texas. The supposed actions were denounced by President Biden, who said that the agents would “pay” for their actions.

“It was horrible what you see, what you saw — to see people treated like they did, with horses barely running them over and people being strapped,” the president said in a news conference on Friday. “It’s outrageous, I promise you, those people will pay.”

White House press secretary Jen Psaki announced a policy change that will come as a result of the images, saying that horses will no longer be used by Border Patrol agents in the area.

But the photojournalist who captured the photos has come forward to say that while the images look damning, they are being misconstrued.

“Some of the Haitian men started running, trying to go around the horses, and that’s kind of when the whole thing happened,” Paul Ratije told KTSM News. “I didn’t ever see them whip anybody, with the thing,” he said of the reins. “He was swinging it. But I didn’t see him actually take — whip someone with it. That’s something that can be misconstrued when you’re looking at the picture.”

What appeared as whips in the photos were actually reins, specifically a type known as “split reins.” Some have said that the twirling motion that was captured in the photos is a technique that is used in Western-style rein management and taught to crowd control personnel as a method of keeping pedestrians from approaching the horse.

Furthermore, according to Horse Illustrated, split reins allow riders to make tiny adjustments to one rein or the other and direct their horse with one rein while also applying a neck rein that can be accompanied by a number of other cues that make use of one or both hands with the option to hold the reins in several different positions. The publication argues that this is the most versatile type of reins.

The controversy around Ratije’s photos is emblematic of the power of photography, where a single still frame may or may not adequately depict the reality of the situation.