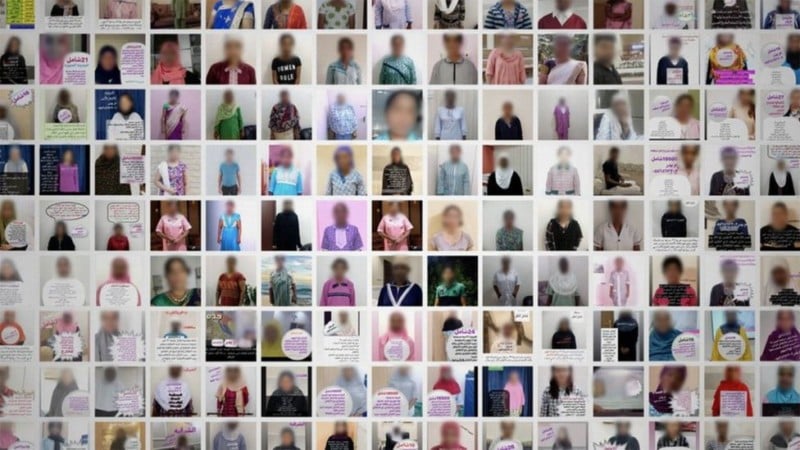 Newly uncovered information shows Apple threatened to pull Facebook products, including Instagram, out of its App Store after a 2019 investigation revealed Facebook-owned apps were used for human exploitation and the trafficking of slaves.

The beginnings of this report go back seeral years, as a BBC News Arabic undercover investigation — published in 2019 — revealed a more disturbing face of Instagram: one that freely allows users to buy and sell domestic workers through a simple post and hashtag combination.

BBC reports that the posts and hashtags used for these illegal sales were mainly in Arabic and were shared by users in Saudi Arabia and Kuwait. Victims — primarily women — were often categorized by race and offered to be bought for a few thousand dollars.

More recently, The Wall Street Journal followed up on the original BBC investigation in another report — part of its Facebook Files — that suggests the social media giant was aware of the online slave trade before BBC got in contact and had been investigating the issue. The Journal found this information based on a Facebook 2019 internal report.

In that internal report, a Facebook researcher asked, “Was this issue known to Facebook before BBC inquiry and Apple escalation?”

“Yes,” was the response. “Throughout 2018 and [the first half of] 2019 we conducted the global Understanding Exercise in order to fully understand how domestic servitude manifests on our platform across its entire life cycle: recruitment, facilitation, and exploitation.”

After BBC released its 2019 report, Facebook banned the main hashtag used for the illegal slave trade and removed hundreds of accounts from Instagram. However, this has not fully resolved the issue.

“What they are doing is promoting an online slave market,” says Urmila Bhoola, the UN’s special rapporteur on contemporary forms of slavery. “If Google, Apple, Facebook, or any other companies are hosting apps like these, they have to be held accountable.”

The recent Wall Street Journal report says that Apple and Google both raised these concerns to Facebook because the illegal sales are in breach of the US tech firms’ rules for app developers and users. Apple reportedly threatened to ban Facebook apps from its app store in response to the 2019 BBC report.

The pressure from the duo prompted Facebook to speed up the implementation of additional investigative and preventive measures that have “found more than 300,000 instances of potential violations and disabled more than 1,000 accounts”.

Although it remains a problem at large — as the BBC has found listings still active on Instagram and on other apps — Facebook says that it has been combating human trafficking on its platform for many years and it prohibits exploitation “in no uncertain terms.”

In summary: Facebook was aware of the issues of human exploitation on its apps as early as 2018, a year before the original BBC report, according to documents recently uncovered by the Journal. It wasn’t until after that BBC report was published that Facebook was forced to act more aggressively in its response as Apple and Google supplied considerable pressure to fix the issue once made aware of it.

It points to a reoccurring issue where Facebook is aware of a problem but does not make that problem public nor does it respond in what would be deemed fast enough by the public or its peers without outside pressure. For example, Facebook has been under considerable scrutiny of late thanks to a major report that shows the social media company is aware that its platform is toxic for teen girls and contributes to the deterioration of mental health and self-confidence of some of its users. That report shows Facebook conducted an internal study that confirmed findings that have been alleged by third-party research for years, but did not reveal that information to the public.