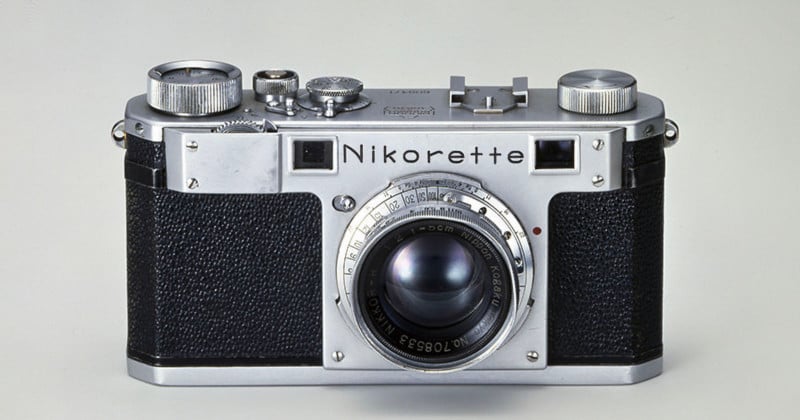 In a documented but little-known fact, Nikon was very close to being instead named “Nikorette.” The name was only changed when executives were afraid that the word sounded “weak.”

Capa Camera Web recently published an article (first spotted by Nikon Rumors) that details the history of Nikon’s name, and in it reveals that Nikon was tenatively called “Nikorette” when the company was developing its first cameras.

The “NIKKOR” name is an abbreviation of the company name at the time (which was “Nikko” with the added “R” that was often used at the end of a name of a photographic lens). The first official Nikkor product was the aerial camera lens Aero-NIKKOR made in 1933, and the naming structure of these lenses remains the same to this day.

The company took the brand name Nikon for its small-sized camera in 1946, according to the company’s own history. However, the company itself was known as “Nippon Kogaku Kogyo” until 1988 when it was officially renamed the Nikon Corporation.

The company started manufacturing cameras after the Pacific War in 1946 where, according to Nikon’s official history website page, there was significant demand for Japanese-made cameras with orders reaching an estimated 170,000 pieces which Nippon Kogaku tried to complete as quickly as possible. From the beginning, this small-sized camera had been designed with the tentative name of “Nikorette,” based on the abbreviation of Nippon Kogaku (“Nikko”) and adding “ette” to indicate it’s “small-size.”

However, the company decided that “Nikorette” was too weak-sounding of a product name, and after heavy review, it was agreed that “Nikon” would be the formal name. The name was based on “Nikko,” adding “N” at the end simply to make it sound better. Nikon confirms as much on its website.

Adding the “N” to the “Nikko” abbreviation to create the Nikon name was initially intended for the cameras themselves, giving them a more “masculine” and impressive tone as opposed to the previously and tentatively named “Nikorette.” Eventually, this 35mm rangefinder camera would be released as Nikon, or the “Nikon I type.” This led to the single-lens reflex camera most of us know and love, the Nikon F, released in 1959, when the F-mount was officially adopted.

Some might be surprised to hear that after decades of “Nikon” cameras, the company was not officially doing business under that name until 1988. Even more intriguing is the thought that the camera brand’s initial name would be so similar to the anti-smoking nicotine gum, Nicorette. Had the company stuck with the tentative name, it likely would have had an effect on how Nicorette gum was marketed, as the variety of nicotine gum was developed in Sweden and introduced in 1978.