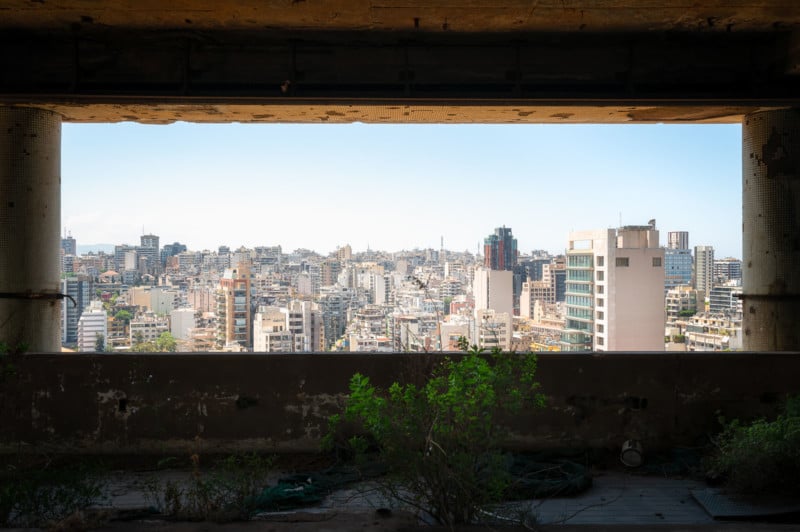 The explosion that happened last year in the Port of Beirut, Lebanon, has moved everyone. The Port of Beirut explosion on August 4th, 2020, didn’t just make it to the headlines for days, but it also massively impacted the beauty, life, and development of the Paris of the Middle East, i.e., Beirut.


While Beirut once used to be a key spot for tourists, natives, and travelers to spend quality time in the lap of the history and beauty of its own, everything changed after the explosion.

From the cultural heritage and architecture to the city (or entire country) daily lives, and even the consistent flow of tourism – everything had been impacted after that one blast. Visiting Beirut after almost a year, I explored how massively everything changed and so much beauty turned into dust for Beirut.

This wasn’t just a sad journey for me to witness how the city has lost a lot of its historical beauty and endangered its heritage, but also an eye-opening experience to witness how getting back from the destruction of any sort can be a struggle no one can come out of easily.

My visit to Beirut was in collaboration with The Heritage Management Organization and silat for culture. Now let’s go ahead and talk about everything I witnessed in Beirut – the change, the loss, and the never-ending struggle of the citizens to revive the city’s spirit.

The History of Beirut: Before the Port of Beirut Explosion

Before we dive into the present destruction and ongoing struggle of Beirut to get back to its spirit and architecture, were you familiar with Beirut as a historical place before the explosion too?

Beirut, being the oldest city in the world, has the oldest destinations and historical locations, which were inhabited by the city 5,000 years ago. However, the name Beirut for the city came later when Canaanites dubbed it Be’erot. After the first century began, Beirut also became part of the Roman Empire.

In history, the first time when Beirut was mentioned was in the Amarna letters from the New Kingdom of Egypt. This mention was dated to the 15th century BC.

Altogether, there’s no doubt that Beirut has been a long-present city, with numerous historical and cultural heritage living inside the city for centuries – each telling a historical tale of its own.

The Explosion’s Impact on the City

Undoubtedly, the explosion in the port of Beirut didn’t just take away many beautiful spots from Beirut but also impacted the normal lifestyle and home of its native citizens. With the explosion covering a huge area of Beirut, even the farthest of houses faced major to minor damages resulting in new struggles for recovery. A very large amount of ammonium nitrate (2,750 tonnes) that was stored in a warehouse in the Port of Beirut exploded, causing over 200 deaths, 1,000s of injuries, billions of dollars in (property) damage, and around 300,000 people lost their homes.

The warehouse where the ammonium nitrate was stored had no proper safety measures for the past six years. The exact cause is still under investigation, but rumor goes that welding a door might have been the cause, lighting an unwanted fire. Next to that, bags of fireworks were most likely stored in the warehouse as well. And let’s not ignore the fact that the ammonium nitrate should have been relocated and not stored at this location in the first place.

Surrounding countries such as Syria, Israel and Turkey, and even parts of Europe and Cyprus, heard or felt the explosion. Homes as far away as 8-10 km lost their windows. It is considered to be one of the most powerful artificial and non-nuclear explosions that ever happened in the history of the world.

Even today, after almost a year of the explosion, the citizens and residents of Lebanon’s capital, Beirut are struggling to gather material and cash for repairing the damage that was caused by that unfortunate blast. While a few homes and public spots have been recovered for being safe and accessible for public visits, the city is still putting all its efforts and facing daily struggles to revive its spirit.

While it seemed like a decent road to being revived again, many underprivileged homes and public locations are still showing the blast they witnessed with the damages that are yet to be repaired. Here are a few photos I took, portraying the damage that has still not been able to let go of the blast’s marks.

Although a year has passed by since the unfortunate explosion in Beirut, there’s no doubt that the city has yet to go a long way for the recovery of its architectural and cultural heritage. While the cultural heritage of Beirut has witnessed damages and destruction from time to time, they have also emerged out of the damage by becoming more beautiful with the recovery.

Yet, this time, the explosion in Beirut didn’t do a little damage to specific historical locations in the city. Instead, Beirut faced damage to around 800 buildings. This was a huge deal for the country, as they faced massive deaths and destruction at the same time.

Some of the greatest damage in Beirut was on its arts and culture scene, i.e., Gemmayzeh and Mar Mikhael. These famous and old historical buildings and vibrant artistic and cultural spots were seen to be highly impacted. Moreover, UNESCO’s preliminary damage assessment also recorded damage to around 640 historical buildings. Not just that, but among these buildings, 60 buildings were also at the risk of collapsing after the explosion.

Above the historical and artistic spots of damage in Beirut, which was covered in the news of the blast, many damages were missed from being highlighted too. From the Sursock museum to many of the archaeology museums in Beirut that were damaged by the blast didn’t even revive a mention.

Although today the city is trying hard to get to its original condition, most of these artistic, cultural, and historical spots are yet to be renewed or rebuilt after the major and minor damages.

In my photography project that focused on Beirut’s condition after almost a year, it was saddening to witness most buildings and spots still carry the worst of their destruction with the hope to be revived soon.

As mentioned earlier, my visit to Beirut this year was to focus on the destruction witnessed by the oldest city in the world and its endangered heritage. This visit was a project collaborated with my partner The Heritage Management Organization and silat for culture. It was a project where the Heritage Management Organization keeps the attention of the world focused on solving both immediate and chronic problems plaguing the heritage sector of Lebanon joining forces with me and a Lebanese non-profit organization; silat for culture.

While this was my first of many projects collaborated with The Heritage Management Organization, it was mainly aimed to raise awareness globally through my photos of the destruction in the city and the country. With that, we partnered with silat for culture, turning it into an amazing new initiative on a local level.

For many who don’t know, silat for culture is a new organization that aims at promoting and implementing innovative and creative approaches to culture, in all its forms, as a bridge to sustainable social, economic, and most importantly, human development.

Note: Not all the damage you see in the photos in this article is related to the explosion. Instead, the photo might show the damage to the architecture or cultural heritage in Beirut in general and before the explosion.

A special thanks to my friends from the Lebanese urbex community. They’ve been a massive help and great company during some of the days on my trip.

About the author: Roman Robroek is a Netherlands-based urban exploration photographer. The opinions expressed in this article are solely those of the author. You can see more of his work on his website, or by following him on Facebook, Twitter, and Instagram. This article was also published here.