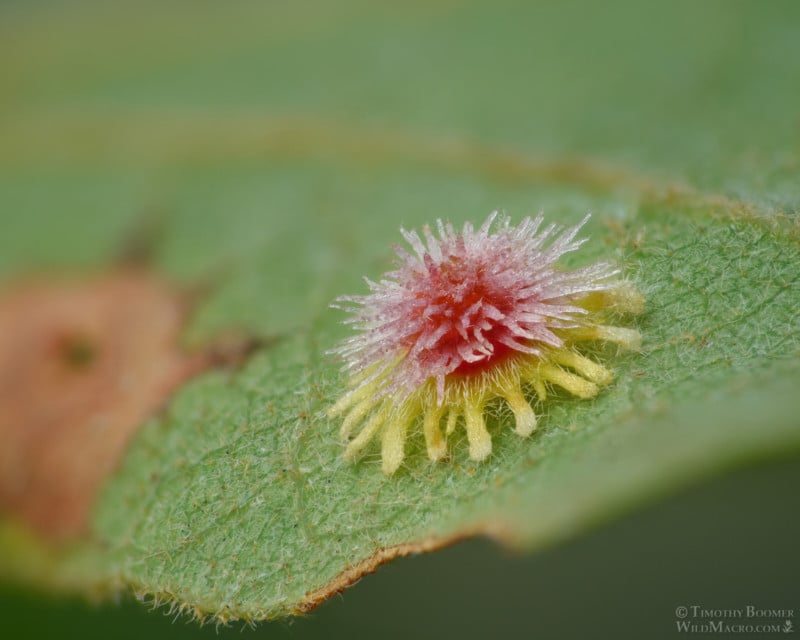 Photographer Timothy Boomer captures beautiful macro photographs of plant galls, which are growths that form in response to some outside stimulus. For his work, Boomer focuses on growths caused by the tiny gall wasp.

Boomer is a natural history photographer based in Northern California who has a special interest in California’s smaller flora and fauna.

“The fancy title on my business card says ‘natural history photographer,’ but really I’m just a guy who loves nature and who uses a camera to
explore and share its beauty with others,” Boomer tells PetaPixel. “I aim to show people things they otherwise wouldn’t see – sometimes that’s an obscure species they’d never heard of, and other times it’s a highly magnified view of a commonplace subject which puts it into a new perspective.” 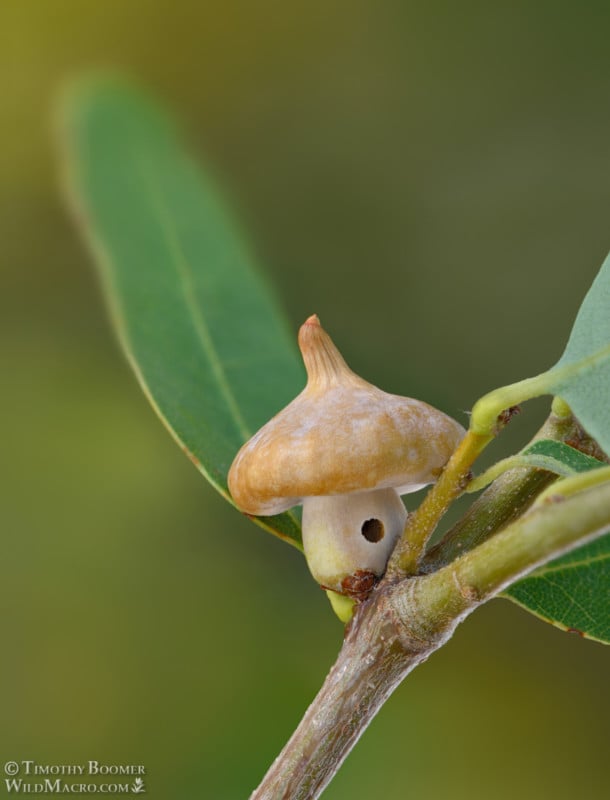 Plant galls certainly qualify as a subject most people have probably never heard of or seen up close, so Boomer gets close to show the world all their beautiful colors, patterns, and intricate details.

“There are fungi, arachnids, and many insects that induce plant galls, but I personally focus on those caused by tiny cynipid wasps, as their homes tend to be the most beautiful and whimsical,” Boomer says. 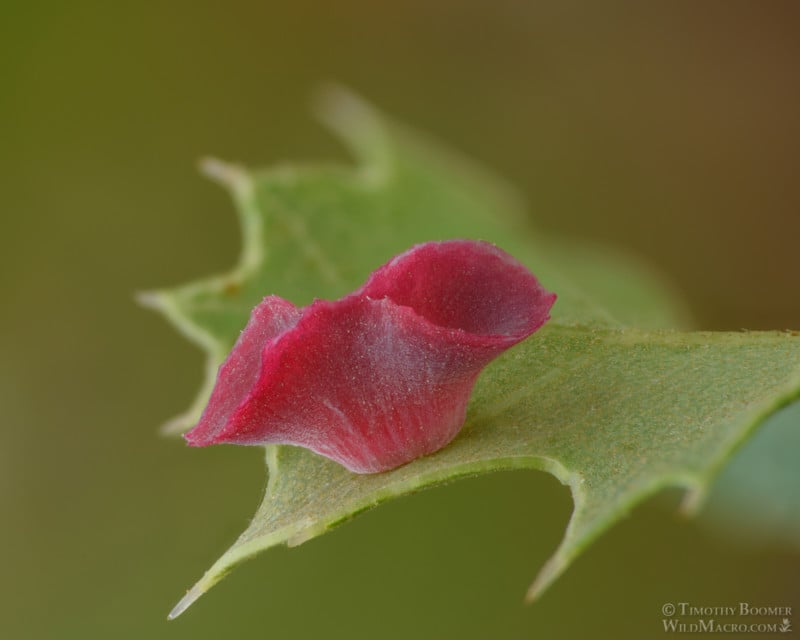 Cynipid gall wasps are tiny, sometimes measuring just a single millimeter in size. When an adult gall wasp lays an egg in a plant, the plant responds by growing new tissues to surround the egg. The process speeds up once the egg hatches and the larva begins eating the plant, and soon a gall has developed on the surface that both protects and nourishes the developing insect.

These growths “generally only cause cosmetic damage to the host plant,” Colossal notes. 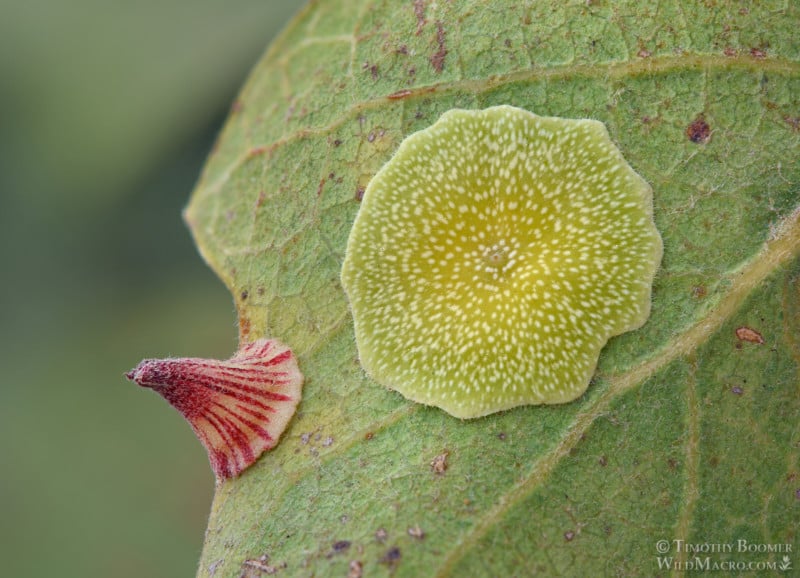 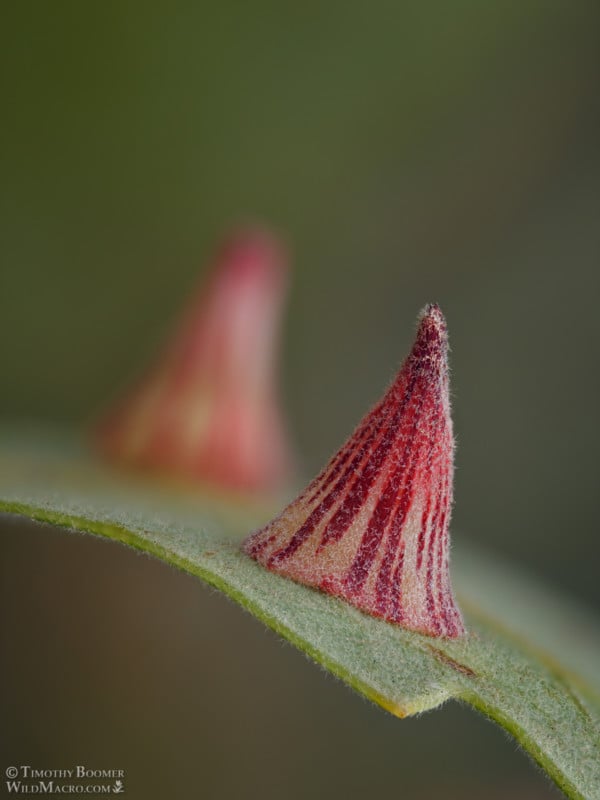 “Since most galls are quite small, I use specialized macro equipment to capture their intricate details, generally between 1x and 5x lifesize on a full frame sensor,” Boomer says. “Depth-of-field is extremely shallow at these magnifications, so I stack focus whenever possible.

“A series of images are captured with small, incremental focus shifts between exposures, and the sharpest portions of each frame are later combined into a single picture using specialized computer software (I prefer Helicon). Most of my newer gall photos are composites of several dozen exposures and represent hours of processing.” 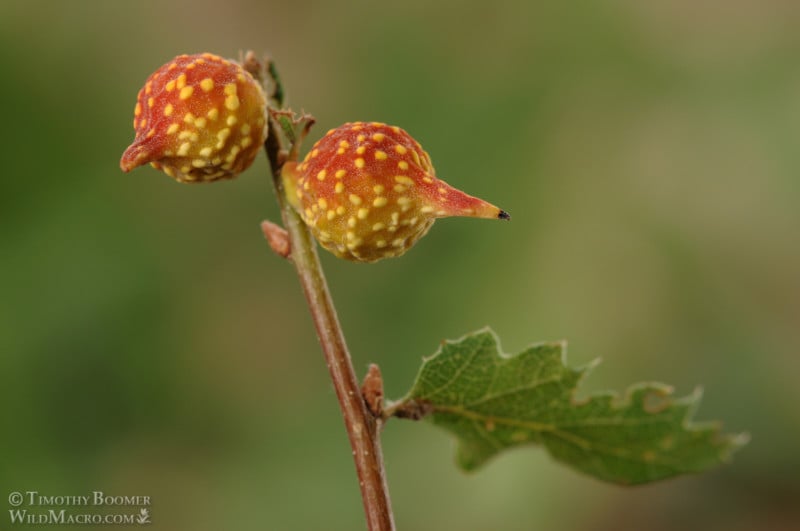 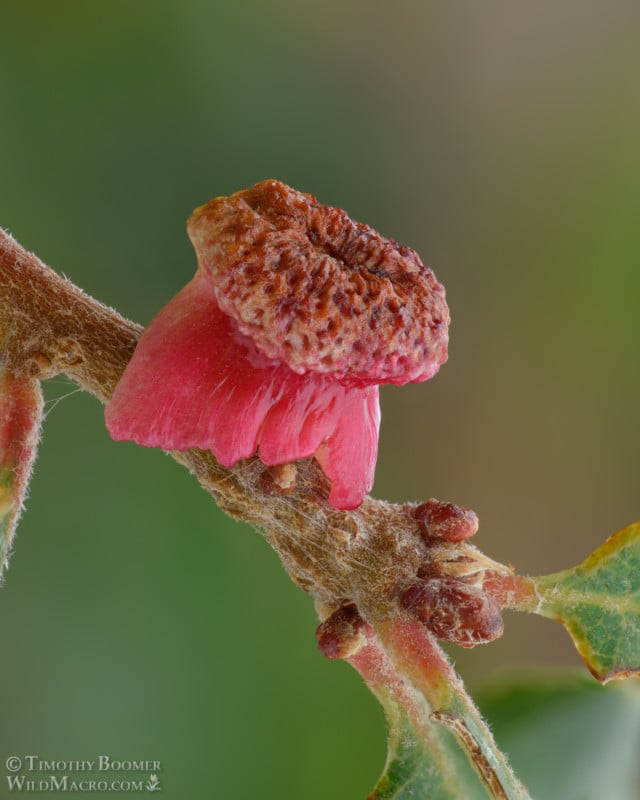 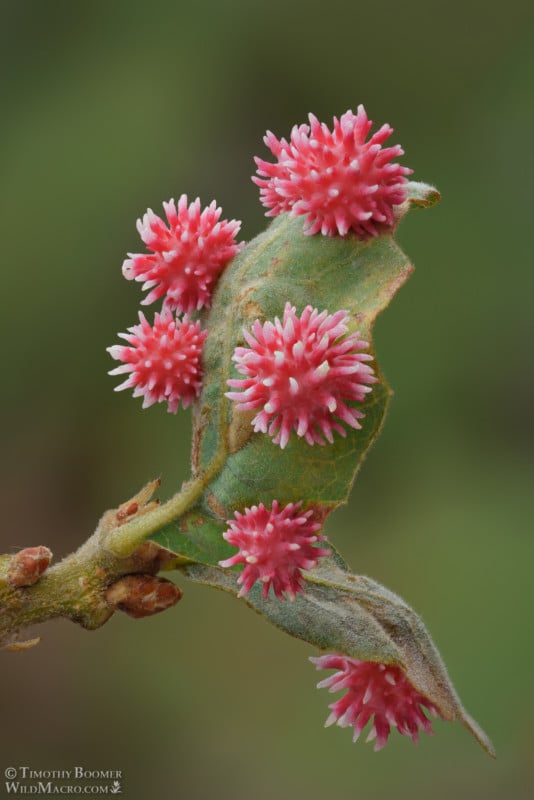 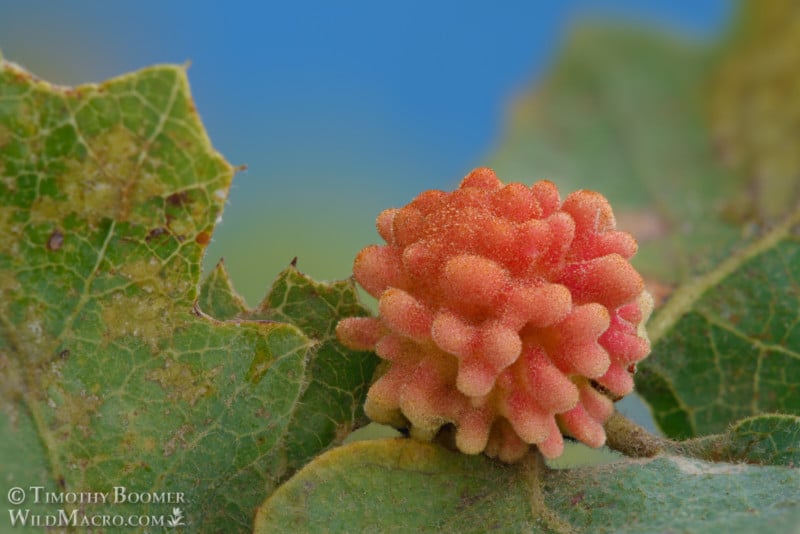