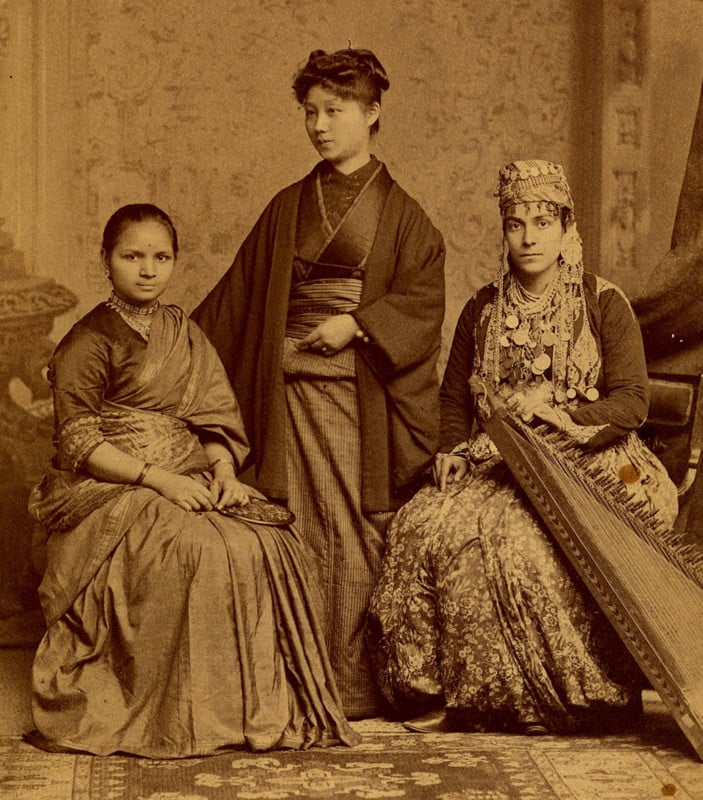 This historical 1885 photograph depicts three women doctors who all graduated and each became the first woman from their respective countries (India, Japan, and Syria) to obtain a degree in Western medicine.

As part of the DrexelNow “Faces of Drexel” series in 2017, the University’s publication detailed the story behind this photograph. Now known as Drexel University College of Medicine, the institution is made up of several others that had been absorbed throughout the years. One such institution was Woman’s Medical College of Pennsylvania (WMCP) — one of the world’s first medical schools for women — which was attended by all three women depicted in the 1885 photograph. 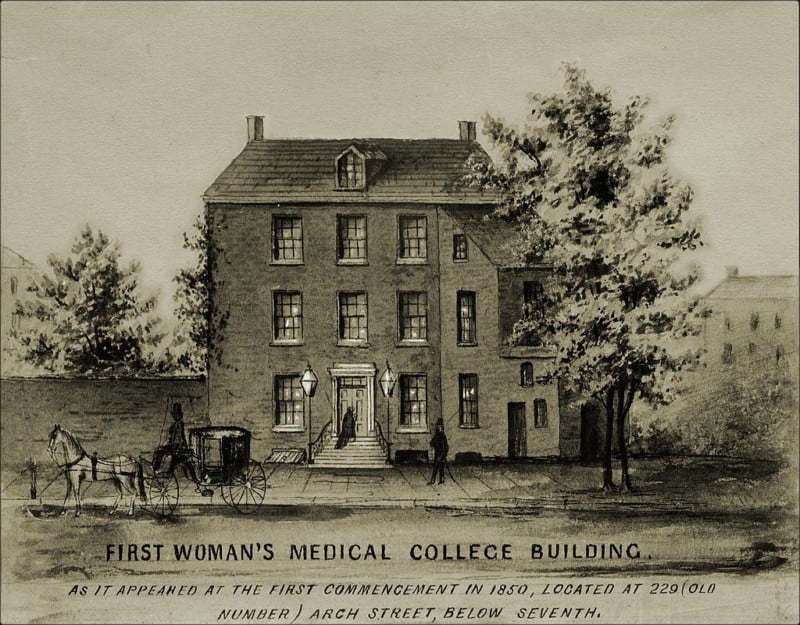 The school, founded by Elizabeth Blackwell, who was also the first woman to receive a medical degree in the United States, went on to welcome African-American women when slavery was still legal in America. The institution created opportunities for women from different backgrounds across the country and also trained foreign students, which was a rarity for schools at the time.

In 1885, the three women posed together for a photo, whilst wearing their respective countries’ traditional dress, demonstrating the school’s dedication to inclusivity and provision of opportunities for all. 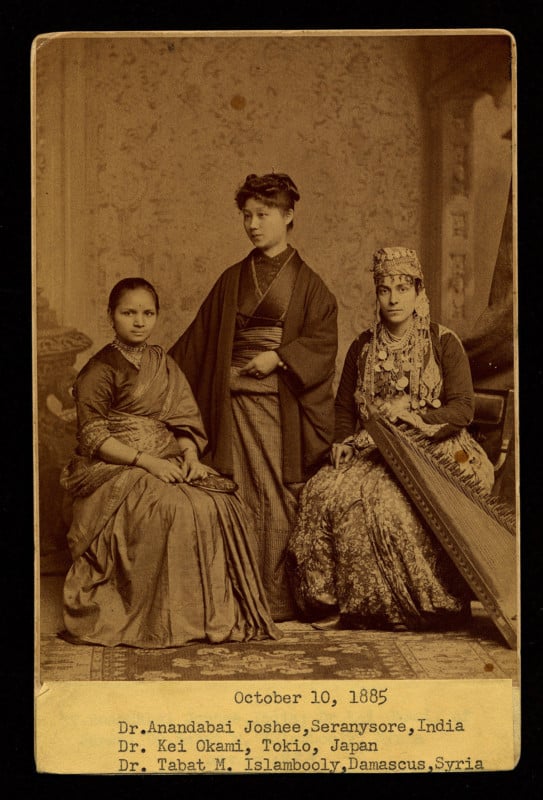 First on the left, Joshee, class of 1886, decided to study medicine after the loss of her baby at age 14, with the additional encouragement of her husband. Upon graduation, Queen Victoria, also Empress of India, sent a letter to congratulate her on the accomplishment. Sadly, Joshee did not have a chance to practice medicine as she died of tuberculosis at the age of 22, which was only a year after her graduation.

Okami, class of 1889, seen in the middle of the photograph, became head of the gynecology unit at a Tokyo hospital, however, she soon resigned after the reigning emperor refused a meeting with her due to her gender. After that, she went to work as a private practitioner for about 20 years. Following the closure of her practice, she served as the vice-principal of Shoei Girl’s school, established a school of nursing in the same premises, and eventually retired due to breast cancer.

Unfortunately, there isn’t a lot of information about the third woman in the photograph — Sabat Islambooly. It is believed that after the graduation, she returned back to Damascus and later to Cairo in 1891.

Image credits: All images are published as public domain and used under Creative Commons.