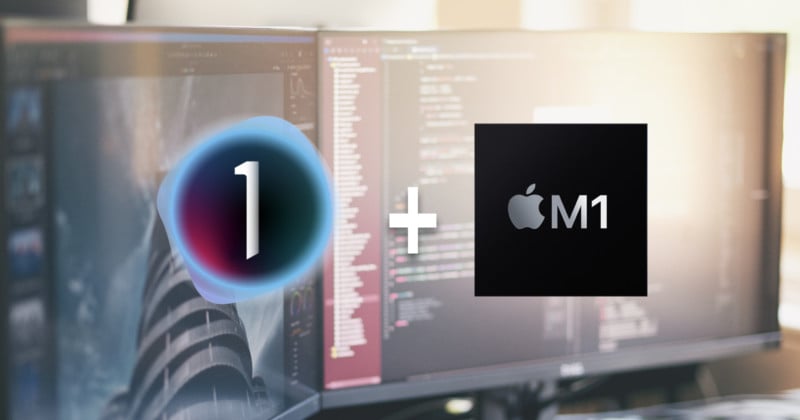 While Apple computers powered by M1 can run non-native applications through Rosetta, the hardware’s full postential is only seen with applications that have been built specifically for it. Capture One is set to finally make the transition and its CEO explains what the process was like and what was involved.

In an exclusive interview with PetaPixel, Capture One’s CEO Rafael Orta reveals that the company is very close to releasing a native version of its popular photo editing application for Apple M1 computers, but doing so was not easy.

“For us, it was quite a big task,” Orta says. “We used the opportunity to re-architect the way the entire application works and looked at how we could optimize based on the new hardware. As soon as the M1 got announced last year we got to work importing the code in addition to what we had already been doing.”

Orta explains that Capture One is heavily optimized for the hardware on which it runs, which allows the company to produce an application that makes editing feel seamless, smooth, and quick. While a quick port of the application was theoretically feasible, it would not have lived up to the standards that Orta and his team set for themselves. 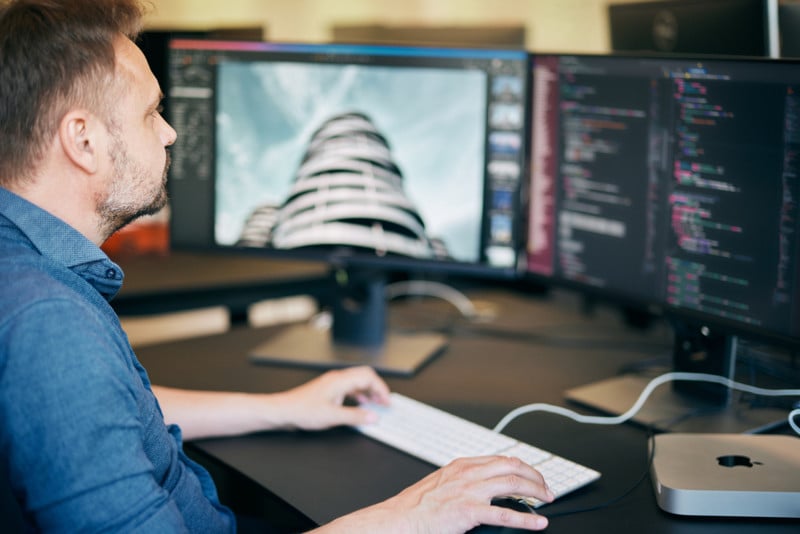 “We’ve been doing a whole bunch of different things from porting Capture One to the M1, but we also launched Capture One 21 followed by an update. So, Capture One is a company that is going through a huge number of changes, and it’s not about just writing the software but the way we go about developing, testing, and integrating that software,” Orta explains.

Capture One’s CEO says that the company did not want to just rush out an M1 compatible version of its editing application but instead wanted to make sure it was the best it could be.

“One of the things we have been committed to is improving the quality and stability of our software and we didn’t lose sight of that going through this port. So we are incredibly excited about what we have delivered in the past few months and are excited about the future opportunities for M1,” he says.

The process of rewriting Capture One was intensive, but Orta says that it’s not just M1 users who will see the benefits of the work.

“There is a benefit for Windows users as well. A lot of the architecture work we have done has improved the code base across both operating systems,” he promises. “By the fact we rearchitected the app and removed legacy code and improved our practices throughout the entire process, it also means that users in other operating systems will get a tighter and more stable application as well.

“It’s been a big labor. We’ve been very deliberate about if we are going to embark on this and M1 itself is not a “point in time” change, it’s a whole roadmap. And we just want to be ready for that.” 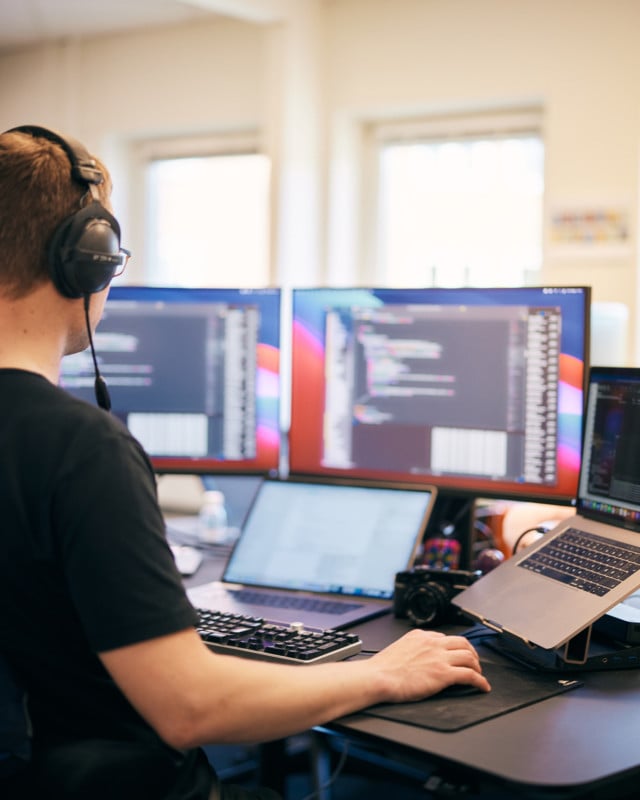 Collaboration is a Two Way Street

When Apple releases new hardware and software, it does not just do so and set developers adrift on that uncharted ocean. Instead, the company has a developer program that allows companies like Capture One to work closely with One Infinite Loop to produce software that works better.

“Very early on in the process, we got access to Apple’s developer frameworks which meant we could start to work on the code and later on worked closely with them,” Orta explains.

As an example, Orta says that Capture One has a deep understanding of what is expected by photographers when it comes to tethering. Perhaps more than almost any other software developer, Capture One needed to make sure its software, M1 hardware, and a wide assortment of cameras work flawlessly on its platform.

“We have quite a detailed understanding of camera hardware and protocols for how they communicate with computers,” Orta says, speaking about support for tethering support. “So it’s a collaborative process [with Apple] and something they have done for many years. 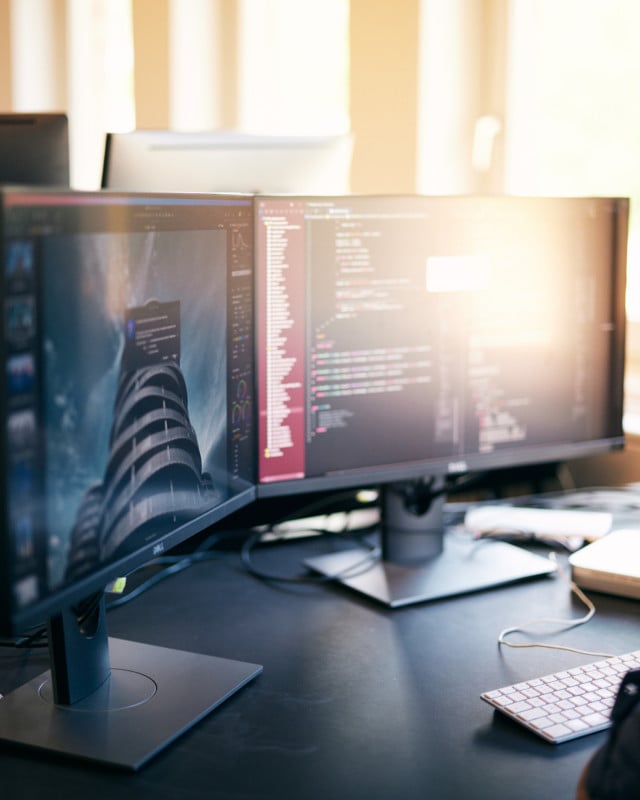 “Some of what we do with our software, particularly when it comes to the deep understanding of camera hardware and how it connects to a computer and optimizing the way that works, requires quite close communication and deep collaboration between software teams,” he explains. “Our communication and how we work with Apple in that respect are incredibly fruitful. Some of the problems we try to solve are difficult and sometimes you see unexpected behaviors on either side. Unless you have incredibly effective and open and collaborative ways and are open to solutions on one side or the other, it would be difficult to do some of the complex things we do in software. We find that working with them is productive and effective in that respect.”

It can be inferred that Apple wants to maintain high quality, and making sure that applications from third-party developers follow suit is only in its best interests to maintain that standard.

“Apple has a developer program which they’ve had for years where they work with independent software companies,” Orta elaborates. “They have a whole range of mechanisms to communicate with companies like us from emails to speaking with some of their people at the organization who have specialized and specific knowledge of hardware or software.”

While its most notable competitor has released native support for M1 already, Orta explains that for Capture One, there were many steps that it took as part of the transition. While it might seem like a slow response from an outside perspective — especially compared to the competition — Orta says that a lot went on behind the scenes.

“We are a company that is very focused on a handful of things that we think are important for photographers,” he says. “We have a long history of developing the capability to tether the camera and then control, edit, and integrate that into the workflow of a studio photographer. Our image and RAW engine — which we have over a decade of experience in — is developed specifically to bring out the best of the RAW file. We have been really focusing on the user interface and how to optimize that workflow.” Orta also notes that while Capture One is used by a huge number of photographers worldwide and competes directly against heavy-hitters that have significantly larger resources, it as a company is a tight, small team of 130 people.

“We are just incredibly focused on making the best imaging software for the most advanced photographers who have a certain vision for what they want to achieve. We hold the bar high for that,” he explains.

While the Capture One CEO stopped short of calling its transition “slow,” there were steps that the software development needed to take that didn’t go swiftly.

“Because we committed to rearchitecting the app, whenever you look at legacy code, you always find surprises in what engineers wrote years ago; you’ll always find an easter egg you’re not expecting,” he explains. “Secondly, when you move to new hardware and when you start trying out and doing advanced software capabilities on new hardware, you’re always bound to find things that are not predictable. Some of the things we do in Capture One, only we at Capture One do, so we discovered things didn’t exactly work the way we expected them to.”

He says that it was at those points that Apple’s help was most important.

“We did the move from OpenCL to embracing Apple’s Metal, and for us also, that has been a whole journey of discovery of new capabilities,” Orta says. “But to be honest, as you go through this process it really brings to life what the talent the core role of the engineer is. I am a software engineer — that’s where I started my career — and the process of engineering, discovery, and unexpected behavior as part of the problem-solving process is really a magical thing to look at. And it’s the core of what we do here at Capture One.” Orta says that Capture One is on the precipice of finally being able to show photographers the fruits of the months of labor that have gone into re-architecting its program and says that he and the development team are particularly excited for what the work that has been done means for the future of the application.

Image credits: Photos by Alex Benes, and used courtesy of Capture One.