Photographer Jens Heidler recorded a 10-day timelapse of a cracked egg in macro and captured the various stages of its drying and crystalization. What results is are some beautiful and unexpected patterns.

Heidler has an active educational YouTube channel called Another Perspective where he shares numerous project ideas and tutorials for photographers and filmmakers.

His more recent projects involve food products reacting to different environments over time, notably one where he captures macro images and video clips of dissolving M&M’s. His latest is just as unusual and focuses on what happens to a cracked egg over the course of 10 days.

Heidler initially set out to create a timelapse of the egg decomposing, but the result of the 10-day experiment surprised the photographer as it less decomposed, but more transformed. As the egg began to dry out, it started to crystalize from the outer edges and slowly moved towards the center, leaving a trail of what is reminiscent of the patterns that appear when glass or ice breaks.

Using a macro lens, Heidler reveals how the egg’s white slowly forms holes that spread across the surface as the egg dries. If you look closely — and it is more easily seen thanks to the blue colored background — the macro shots of the hardened eggwhite “holes” resemble a combination of Van Gogh’s world-famous “Starry Night” painting with a touch of painter Gustav Klimt’s intricate details, turning the macro results of days-old egg into a visually pleasing pattern. 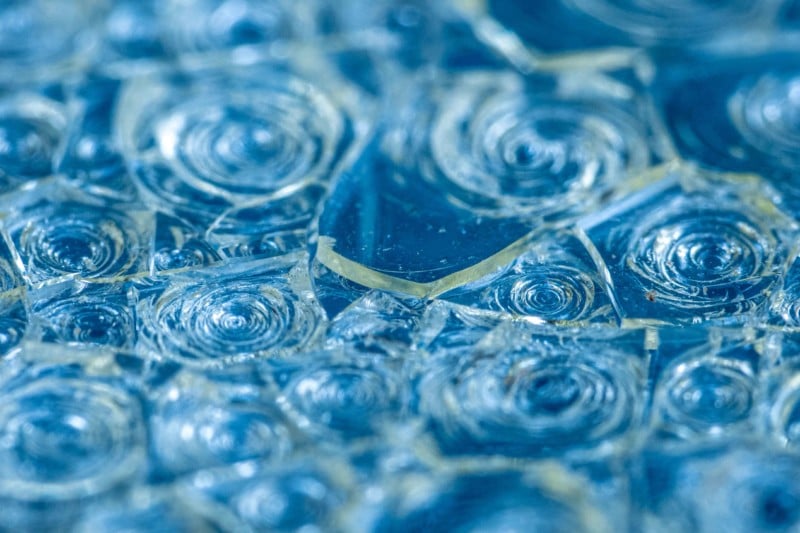 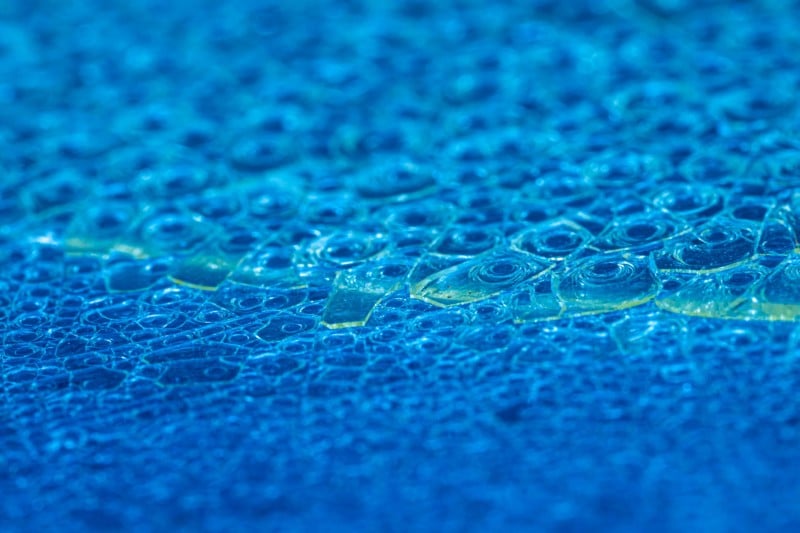 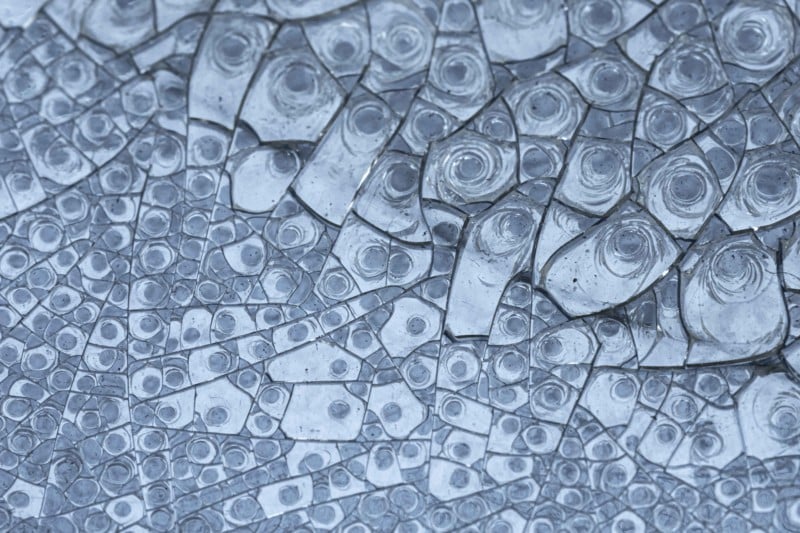 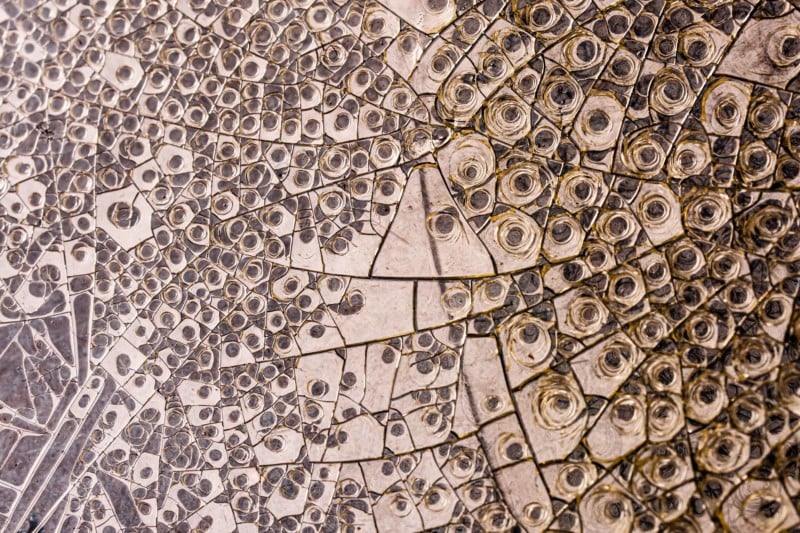 As the timelapse goes on, you can also see the result of the egg yolk hardening on the outside, but not quite on the inside as Heidler cuts it in half to demonstrate it’s still slightly soft. 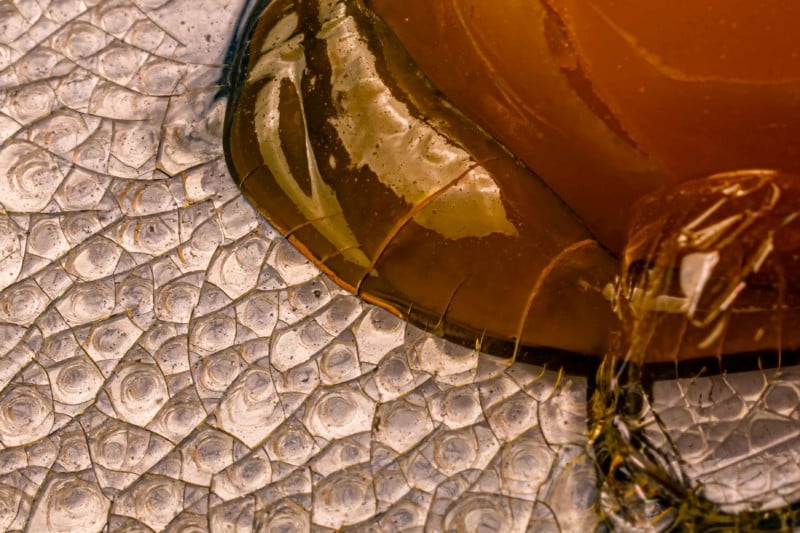 The setup for the timelapse was simple, the photographer explains to PetaPixel. It just uses one softbox, with two cameras and a pair of lenses which came together to form the finished macro photos and timelapse: a Sony a7R IV and a Sony Alpha a6000 along with a Sony FE 90mm f/2.8 Macro and a Venus Laowa 60mm F/2.8 Ultra Macro.

Heidler reveals that he had no real expectations from the concept before executing it. He simply decided to set up a timelapse, crack the egg, and waited to see the result, whatever that would be. He hopes that his experiment that he came up with on the fly will encourage others to create something unusual and inspire others to explore the possibilities of the macro world using everyday objects found around the house.

Image credits: Images by Jens Heidler and used with permission.