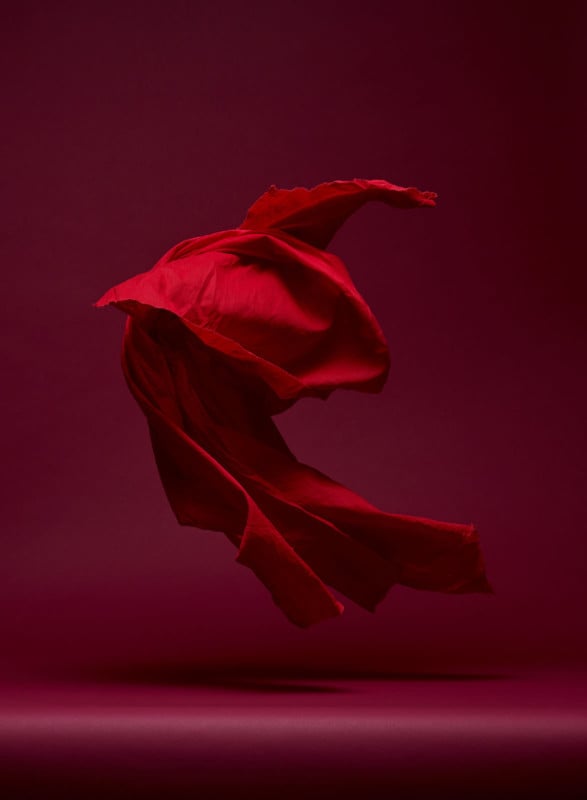 London-based photographer Neal Grundy’s latest project looks like dance photography, except the images don’t contain any people. Instead, each one shows the graceful, flowing forms of fabrics in motion. The project is titled Dancing Fabrics.

Grundy produced a similar series of photos nearly a decade ago, and over the years he has received requests from brands interested in using his work commercially. The photos shot on relatively “old” technology just aren’t cutting it anymore, so Grundy decided to revisit the concept. 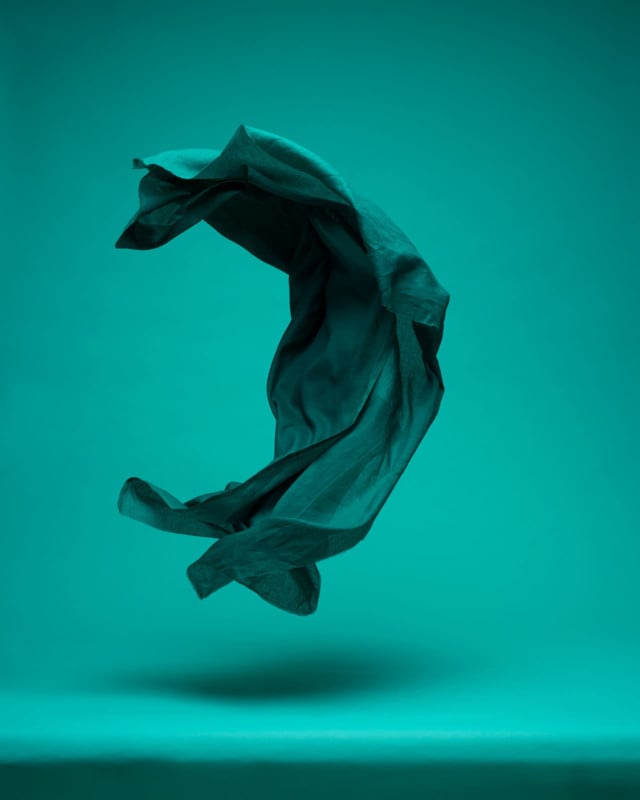 “I have a number of inquiries about using my work for commercial art, such as printing my images to be displayed in Hotels and Restaurants and they always want to print the images very large,” Grundy tells PetaPixel. “The original images were shot on a Nikon DSLR which at the time was a great camera but technology has changed a lot.

“Now I shoot everything on a medium-format full-frame Phase One. This enables me to print my work very large around 6 feet or 2 meters high without losing any quality.” 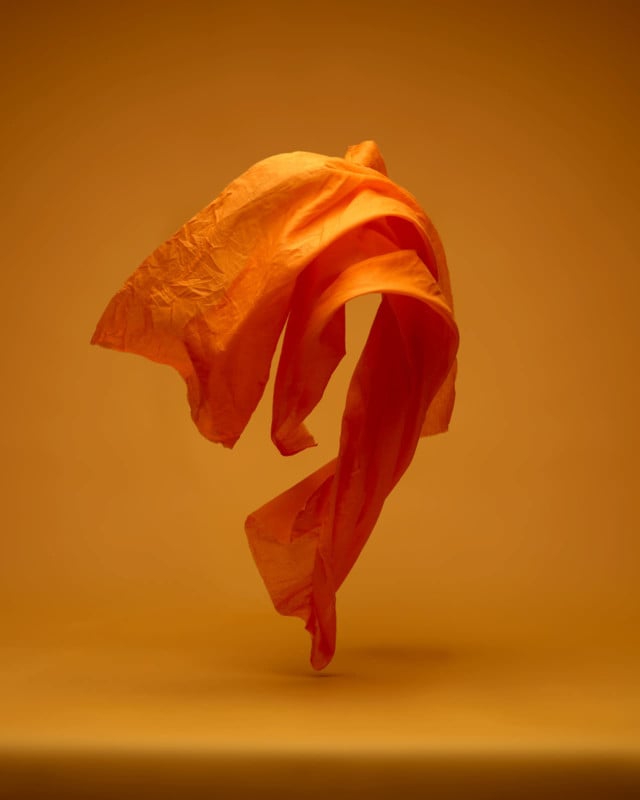 As he has worked on this idea, Grundy has expanded the colors and movement within the frames. 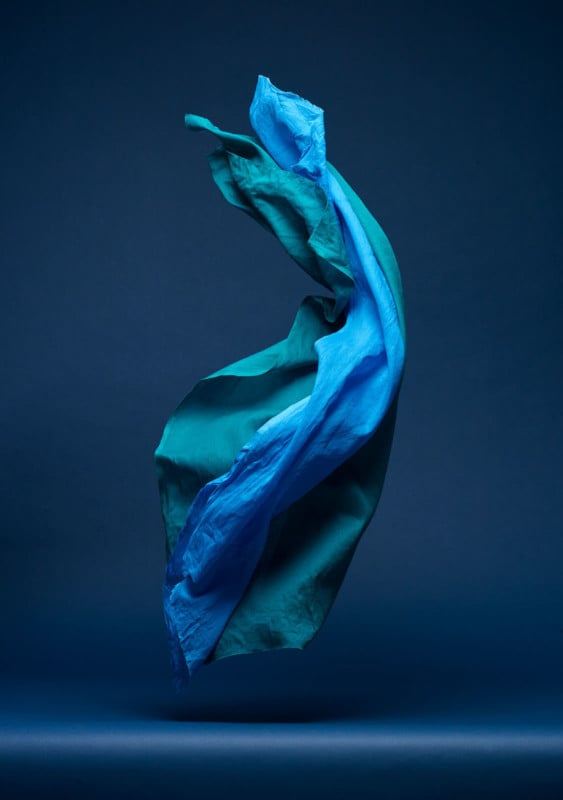 “With the process, everything is shot with studio flash and I have to use a high flash sync speed to freeze the movement,” Grundy says. “Everything is produced in-camera with a little bit of grading and retouching but what you see is what happened. No CGI or heavy retouching was involved.” 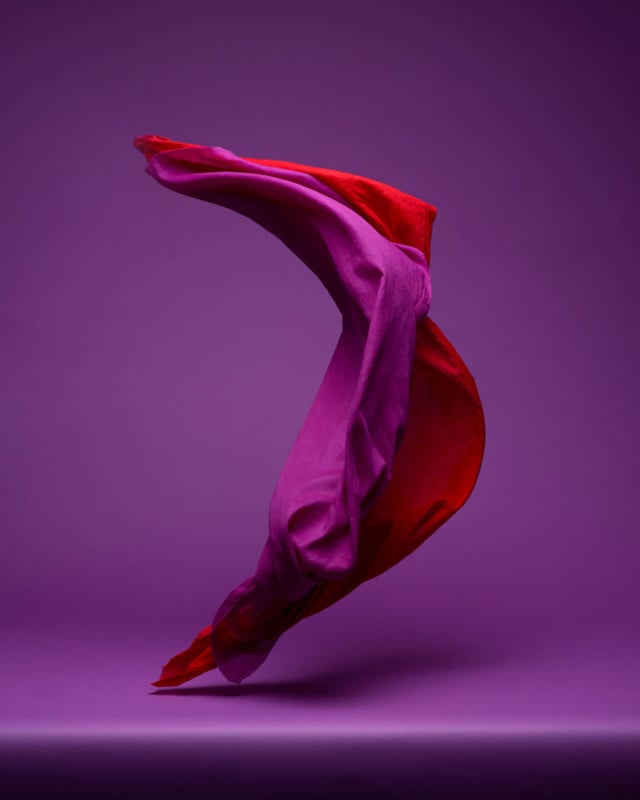 “The process is dropping the fabric and using multiple fans from different directions to make the fabric move in mid-flight and capturing the exact moment in time,” Grundy says. “It’s a numbers game, I will shoot hundreds of images before I get one I am happy with.” 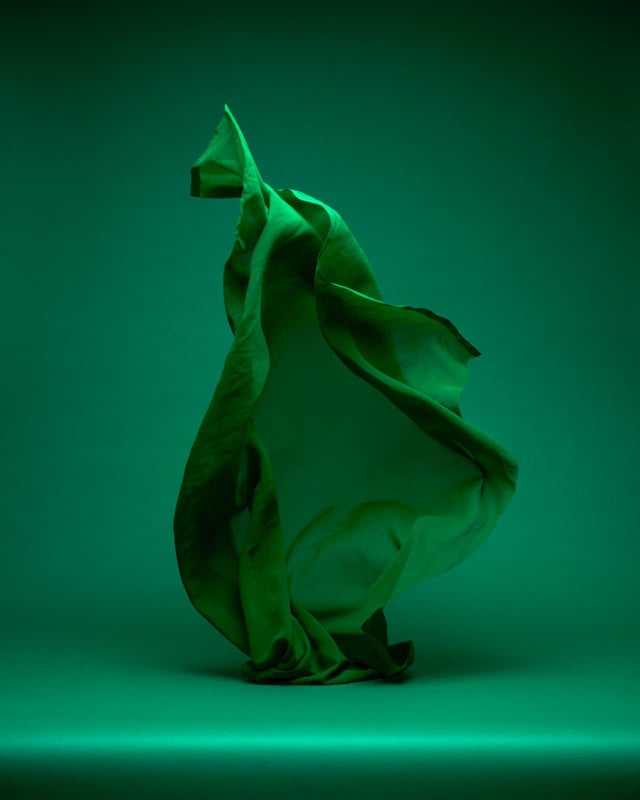 “A lot of my work is based on capturing a moment in time,” the photographer says. “At first glance, the viewer may believe he is seeing a solid sculpture in the landscape. In reality, the image captures a fabric form in ‘mid-flight’. The sculpture exists for a split second in time; once photographed, it is otherwise lost forever, never to be re-created.” 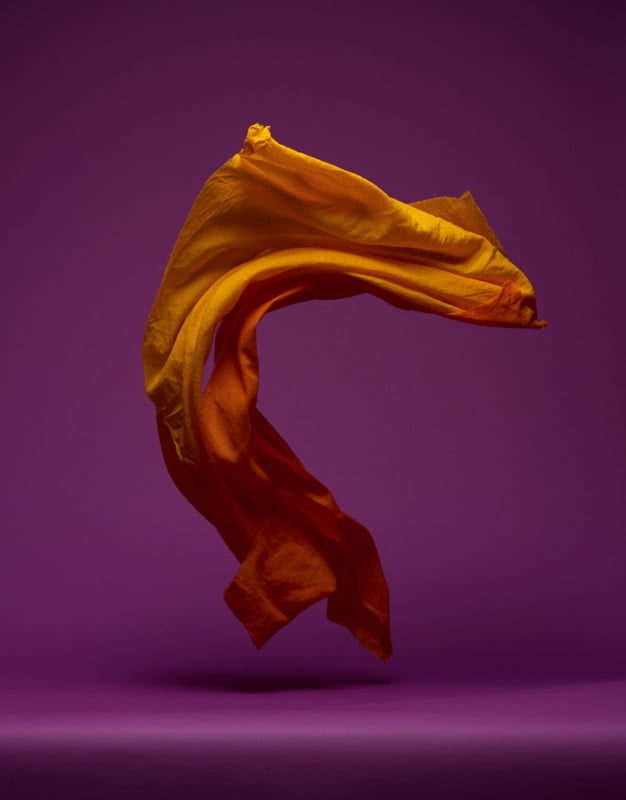 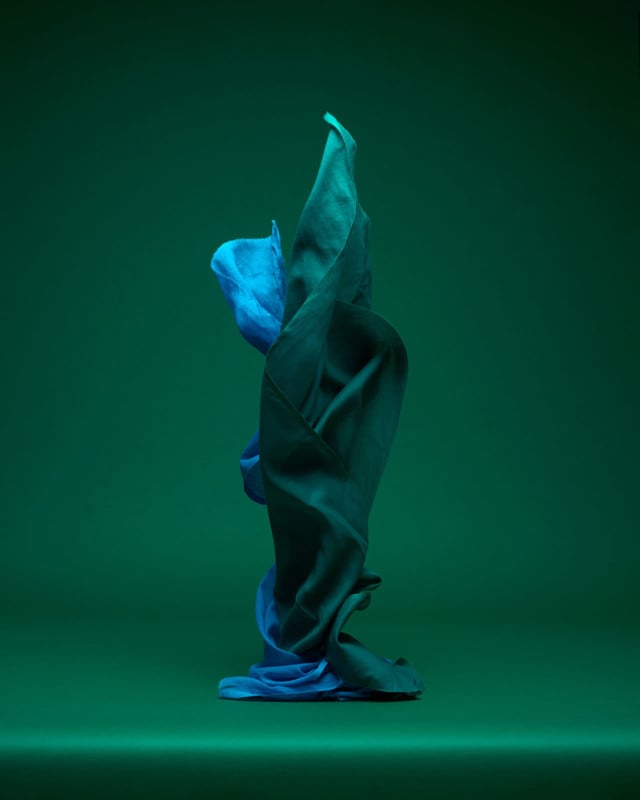 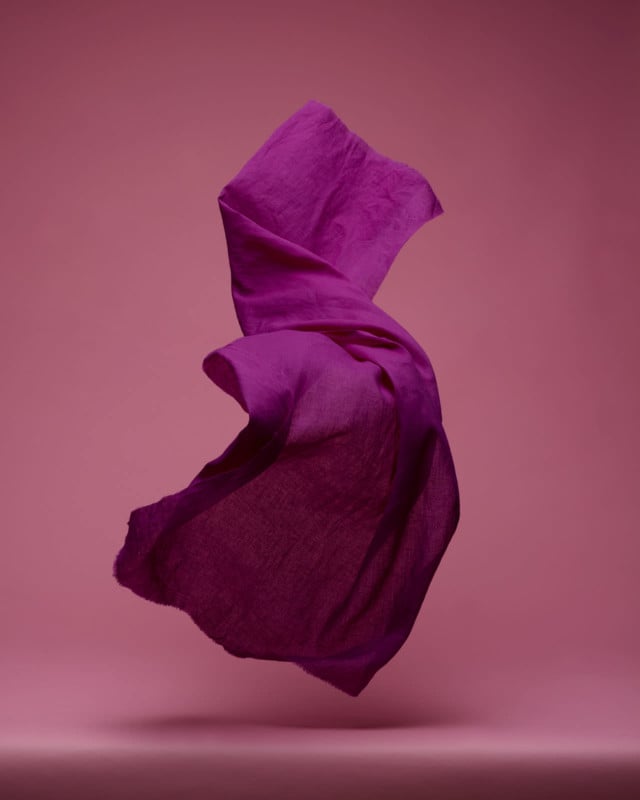 Image credits: Photographs by Neal Grundy and used with permission