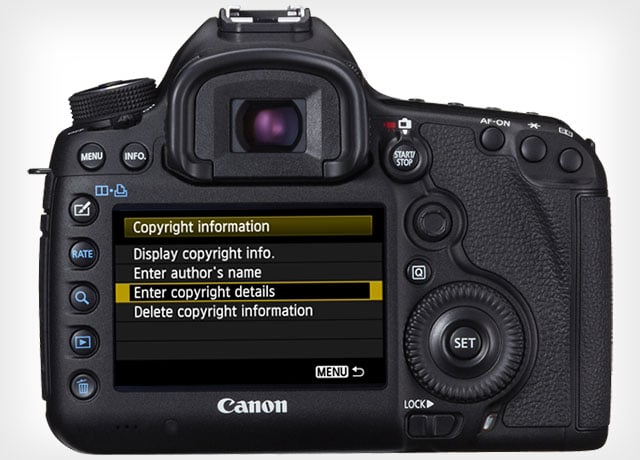 If your camera lets you automatically add copyright EXIF metadata to every photo you take, you should do it: it could help you recover your gear if it ever gets stolen. That’s exactly what happened to photographer Jon Grundy: after losing $15,000 in gear, Grundy was able to identify the thief and recover his stolen equipment after seeing his name in the copyright info of online photos.

According to The Daily Mail, the whole thing started back on July 11th, 2014, when Grundy advertised two Canon lenses online in Melbourne, Australia. He was soon contacted by photographer Bryce Wilson, who expressed interest. After Grundy provided his home address, Wilson backed out of the deal.

Less than a week later, Grundy’s house was broken into and $15,000 in gear was gone.

In August 2014, Grundy noticed that Wilson had posted a photo on Instagram showing his “new” Canon 5D Mark III and Canon 35mm f/1.4L — both of which were items missing from Grundy’s house. In October, Grundy was contacted by a photographer who had noticed “Jon Grundy” listed as the copyright owner in the EXIF details of Wilson’s photos.

Soon the police were involved in the case, the serial number was found to match the stolen camera’s, and Wilson was arrested and charged with burglary on October 16th, 2014.

He later pled guilty to burglary and was sentenced to 100 hours of community service. Grundy received his gear back and found a number of Wilson’s published photos still on the memory cards.

Grundy is now working to remind other photographers to always put their names in their camera’s copyright settings. It’s not just a measure to prevent copyright infringement: “It caught someone that burgled me!” he says.

P.S. Grundy says he recently started bringing this story to the public’s attention again after he discovered that Wilson was still promoting and profiting from photos that had been captured with the stolen gear.

“I made a sincerely regrettable mistake, one for which I am sorry,” Wilson tells the Daily Mail. “Jon’s actions come following my life moving on. I have not possessed any of this gear since the search warrant was executed. All of my work since has been shot on other photographic gear, with no link to Jon.”

Some Nikon D750s Have a Shutter Issue That Causes Shading, Nikon Warns