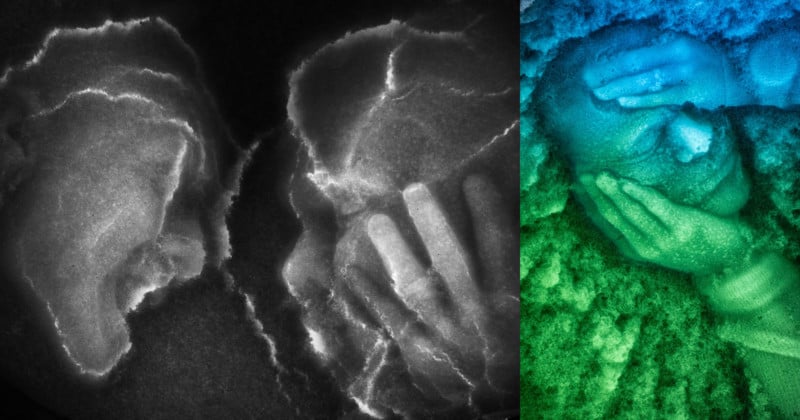 My Snow Portrait series consists of photos taken using a technique I “invented” 8 years ago that utilizes the “hollow mask” 3D optical illusion. All the shots in this article are imprints of my face in fairly deep snow lit from underneath, almost like a lithophane. No Photoshop. No filters.

I have no idea what possessed me to stick my face in the snow 8 years ago, but I’m glad I did. I name all of my photographs, something I’ve nearly always done, sometimes serious and well thought out, sometimes stupid or attempts at humor.

The photographs work by imprinting my face into snow on a glass table in the dark, backlighting it from below, and creating a 3D-looking Snow Portrait.

The shots went a little viral 8 years ago and were featured by various online pages, and I got some cool quotes from places about me and my photography:

“There sure isn’t anything that a photographer can’t do if he puts his mind to it,” MCPActions wrote. “Photographer Oliver Turpin shows just how gruesome, yet compelling photography can be with the help of the right technique and… snow. […] a genuine show of the beautiful art of the quasi-grotesque.”

This shot was one of the most popular, many people likening it to the Turin Shroud.

“The resulting mugs are rather creepy and slightly reminiscent of the Shroud of Turin,” PetaPixel wrote at the time. 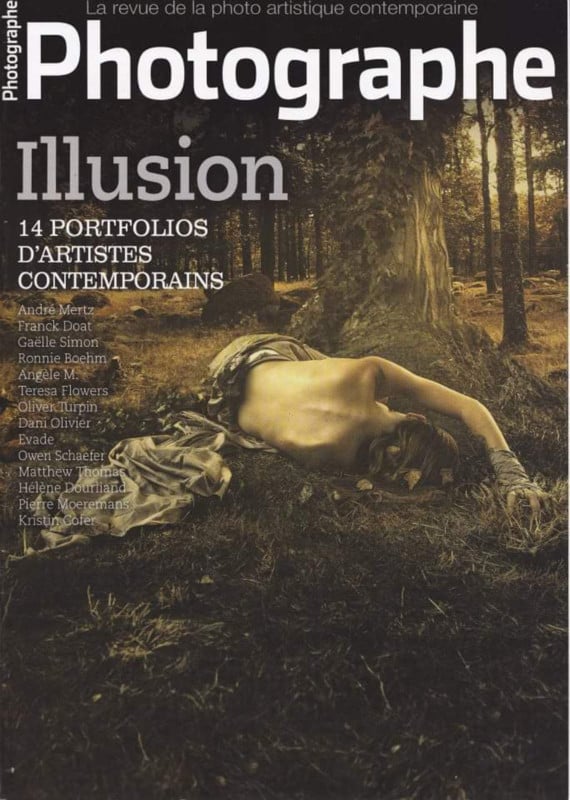 The photos were featured in Photographe magazine, distributed in France, Belgium, Luxembourg, Canada, Switzerland, and Portugal.

It blew my mind to see my name on the front of a magazine — a magazine that is about the art of photography. They wanted to feature me and my photographs as one of their ‘spotlights’. Mental. 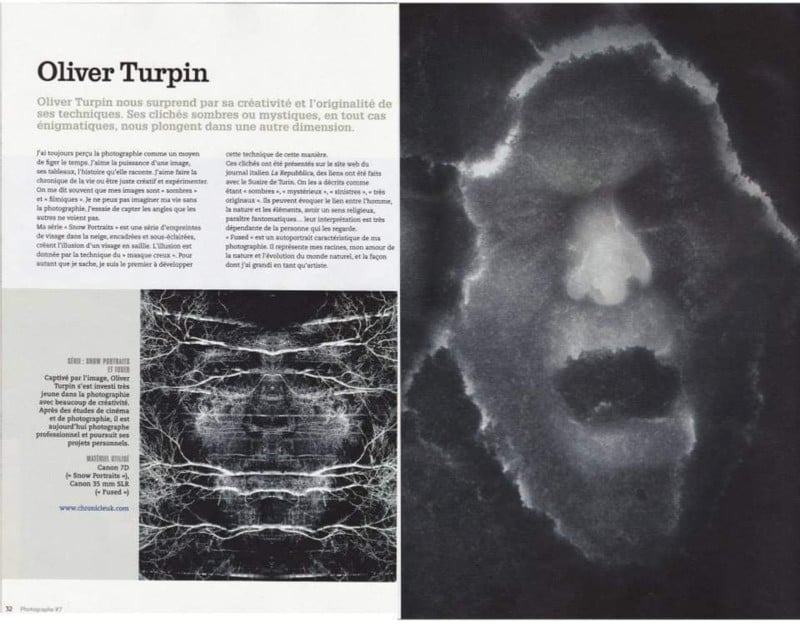 The awesome quote at the top by Sophie Godard reads: “Oliver Turpin surprises us with his creativity and originality of his techniques. His pictures are dark, mystical, in any case enigmatic, and plunge us into another dimension.”

I had 4 pages, and it was the centerfold too! 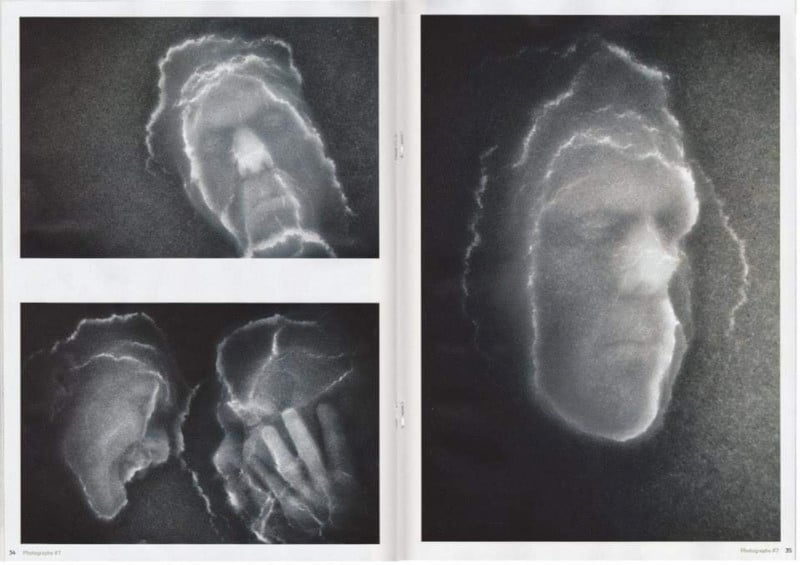 This past year, being at home with finally enough snow enabled me to make some new and updated shots using the technique. The new shots are lit with gelled flashes, no filters or Photoshop, all in-camera with only minor tweaking.

I dropped my torch while inspecting the imprint and damaged the ear a bit, I tried to fix it but ended up giving myself a long ear, which I thought looked like a werewolf ear, almost like the beginning of the transformation or something.

With the colors and the expression, I wanted to give this shot an earthy feel, on how we as humans have imprinted and impacted the climate and the world.

I think this would work as a crime/detective/murder somewhere cold book cover!

I had visions over the years of doing a Han Solo in Carbonite style shot, with a big glass table in my garden. This was maybe the year? Unfortunately, the snow only covered just over half the glass table with almost the right amount of snow, so I had to settle for half of me imprinted in the snow.

You can find my Snow Portraits gallery and my street and travel photography in my 500px portfolio.

About the author: Oliver Turpin is a photographer who travels the world and makes photos as he goes. The opinions expressed in this article are solely those of the author. You can find more of Turpin’s work on his Facebook, 500px, Twitter, and Instagram.