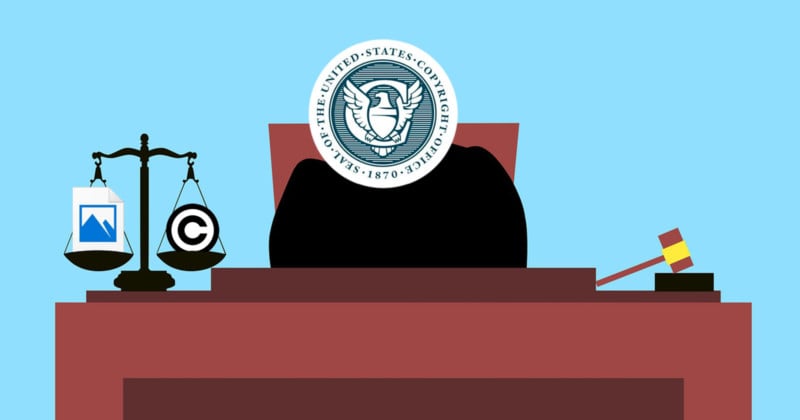 Heads up, photographers: there has just been a monumental change to the way you can defend your copyrighted photos from infringement. A copyright small claims system has arrived in the United States to help you collect compensation from those who misuse your work.


The CASE Act was just signed into law yesterday by President Trump as part of the massive 5,593-page, $1.4-trillion omnibus spending and COVID-19 relief bill, titled the Consolidated Appropriations Act, 2021.

The Copyright Alternative in Small-Claims Enforcement (CASE) Act was introduced last year to establish a copyright small claims system that allows copyright creators to take action against infringers on a smaller scale than filing lawsuits in federal court.

Since the vast majority of copyright infringements in the United States are of relatively lower value (i.e. in the thousands or tens of thousands of dollars), the small claims system would allow photographers to have an alternative to hiring pricey copyright attorneys, who generally prefer to take on cases with relatively larger monetary payouts.

“People will still be able to pursue infringement cases in federal court but this is for individuals who cannot afford that expense,” NPPA General Counsel Mickey Osterreicher told PetaPixel when the bill was introduced in 2019. “The small claims copyright tribunal may be a viable alternative when seeking a small licensing fee or [for photographers] wishing to represent themselves.”

Rather than file a federal lawsuit, photographers will be able to bring their infringement claims before a Copyright Claims Board within the US Copyright Office — a three-member panel of experts in copyright law. This panel would be able to award photographers up to $15,000 per work and $30,000 per claim, assuming the works are registered with the office.

In addition to monetary penalties, the board could also simply send the infringer a notice to cease the infringement.

Parties can opt-out of this small claims process — once a claim is filed, the accused infringer has 60 days to reject the process, forcing it to be heard in federal court instead. Decisions of the Claims Board can also be appealed in federal court.

Here are the 63-pages of the COVID-19 relief bill that detailed the new CASE Act:

“The CASE Act has been a critical legislative priority for hundreds of thousands of photographers, illustrators, graphic artists, songwriters, authors, bloggers, YouTubers, and many other creators and small businesses across the country,” writes the Copyright Alliance. “For far too long, these individual creators have had rights but no means of enforcing them due to the expense and complexity of federal court.

“With [the] passage of the CASE Act, creators will have a voluntary, inexpensive and streamlined alternative — a small claims tribunal that will be housed within the U.S. Copyright Office — enabling them to defend their copyrighted works from infringement.”

Prior to being signed by President Trump, the CASE Act saw widespread support in Congress — it was passed by a 410-6 vote in the House.

There are prominent organizations that opposed the Act, however, including the Electronic Frontier Foundation.

“Under the CASE Act, people could file copyright infringement claims with an obscure body, under the auspices of an office most people have no experience with,” the EFF wrote prior to the bill’s passage. “And that board could decide that the subjects of those claims owe up to $30,000 for activities as common as sharing memes, images, and videos online.”

The National Press Photographers Association was among the organizations celebrating the new passage of the bill, pointing to it as a victory for working photographers.

“Photojournalists have long called for a better approach to defending their copyright,” said NPPA President Andrew Stanfill. “This is the culmination of years of hard work by our advocacy team and the NPPA members who took time to champion the issue. We’re thankful for all the organizations and legislators who came together on this and look forward to seeing it implemented as intended.”

Update on 1/7/21: This article previously incorrectly stated that: “For unregistered photos, photographers would only be eligible for $7,500 and $15,000, respectively.” Photographers at the very least need to register for copyright while filing their case. Here’s an explanation by Jeff Sedlik, the Chief Copyright Advisor of Advertising Photographers of America: