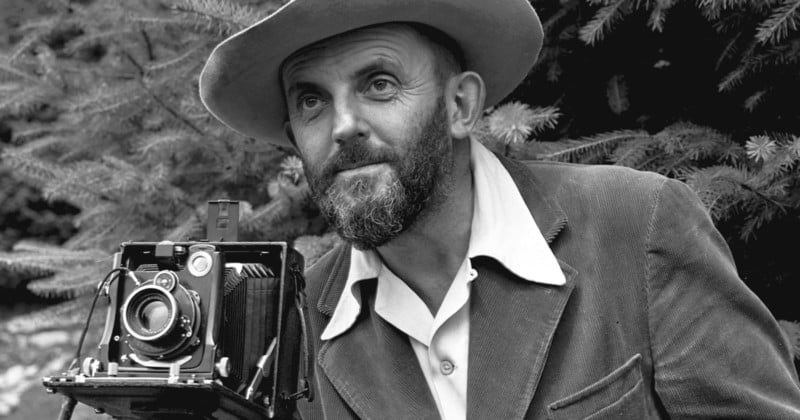 In the 1970s, I was seriously pursuing my hobby of black and white landscape photography with a 4×5 view camera. My prints were being sold by the Image Gallery in Palo Alto and the Focus Gallery in San Francisco and by me at occasional street fairs. Selling prints never generated much money, but I appreciated the acknowledgment of my work.


This was my best seller and the photo that launched me into selling my prints. It violated my rules of composition, but it worked. It was on the wall in my office at Acurex Corp, where I worked as an electronics engineer. People kept asking for a print and encouraging me to sell it. There’s an interesting story about this photo.

I drove by this apricot orchard in the fall of 1970, just after a rain. The wet orange leaves had a beautiful translucent glow. I had to shoot it. Luckily my camera and tripod were in the trunk of my car. I set up and shot it and drove off. A block later it occurred to me that I should have used an orange filter to enhance the glow of the leaves. I returned and shot this pic with the orange filter.

(In our present digital age, it’s easy to achieve an orange filter effect when converting a color image to black and white. Photo editors like my ACDSee have sliders to adjust how bright each color is rendered in B&W. It’s a great tool and I always shoot in color, even when my plan is a black and white print, in order to permit this editing option).

Here are two more examples of the prints I sold in the 1970s.

When asked, “Who is the greatest photographer?”, I always answered without reservation, “Ansel Adams”. I loved his great technique and artistic composition. I studied his work and his books. And I attended two public lectures that he gave in the SF Bay Area.

A post shared by The Ansel Adams Gallery (@anseladamsgallery)

Although I didn’t practice Adams’ famous “Zone System” of managing exposure and development. I used the old professional maxim to achieve the same end goal. Every print had at least one pure black and one pure white, no matter how small. The old pro maxim was simply, “Expose for the shadows and develop for the highlights.” I used standard developing time for negatives shot in sunlight and 1.4x developing time for negatives exposed in shade or overcast. I used incident light readings rather than reflected light readings.

I heard that Ansel Adams accepted visitors, so I called his home and the person I spoke to booked me an afternoon appointment at his home in Carmel Highlands. I arrived a few days later with about 20 mounted 11×14 prints under my arm and was ushered into a study that also housed his piano. He joined me and we sat together on the sofa, viewing and discussing my prints. His butler came in and took our cocktail orders. How nice. I was greatly enjoying this.

Adams was quiet, yet very warm and made me feel relaxed and welcome during that two-hour visit. I felt that he was enjoying the visit as much as I was. I think he liked the opportunity to converse with someone who understood and appreciated the details he cared about. I know that I always enjoy an opportunity to chat about things that I pursue. We talked mostly about the technical aspects of shooting, developing, and printing rather than artistic elements such as composition.

A few years later, with more prints, I was welcomed back again. My good wife, Irene, joined us and it was clear that Adams enjoyed her presence. After that second visit, I sent him this photo, which he had especially admired. Adams liked to print with a diffuse light source. He was surprised when I told him that this was printed with a condenser light source combined with low contrast paper. 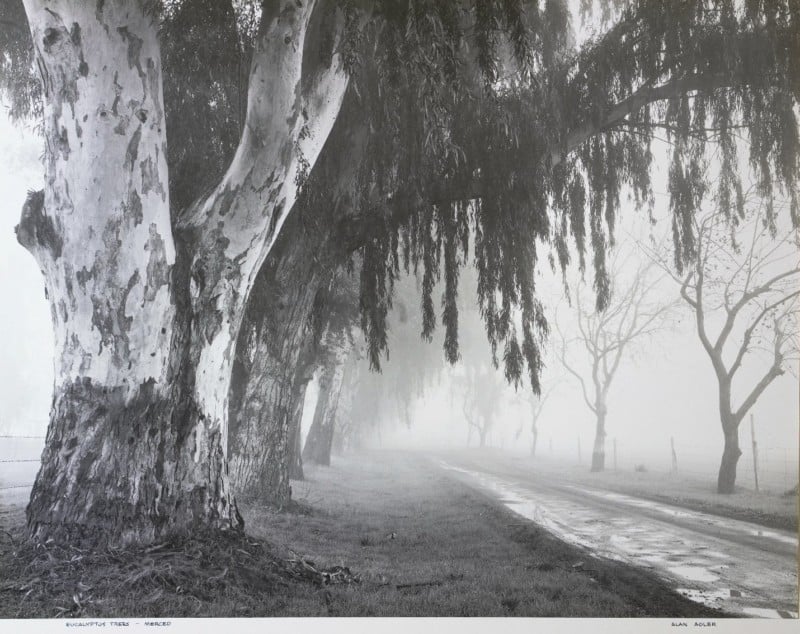 I’m almost at a loss for words to convey to you just how much I appreciated Adams’ generosity in hosting those visits. Not only was he a great photographer and technician, but he was also a warm and gracious host.

An afterthought: Adams’ biographers have written that when he was getting started, the prevailing “Salon Photography” was deliberately blurry. Photography was emulating impressionist painting. Adams, Edward Weston, and others created a group called f64 which elevated the art of sharp photography and changed the photographic art for decades.

Now, a different kind of blur is prized. There is a lot written about bokeh and the importance of large apertures and fuzzy backgrounds. But if you study the photographs of Adams and Weston, or even the great street photographers like Eugene Smith, and Henri Cartier-Bresson, you won’t see bokeh. Their images are sharp, and beautiful too.

How to Optimize Lightroom Classic for the Best Performance