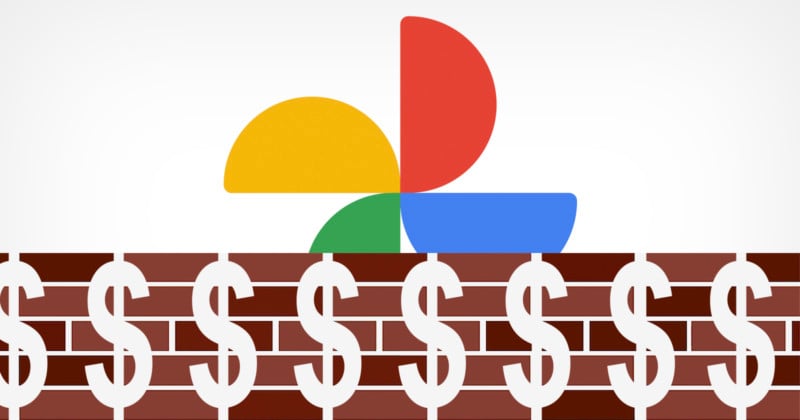 Four strings of code have been found in Photos version 5.18 that seem to indicate that Google is planning to lock key editing features behind the Google One subscription paywall, melding access to the full service into Google’s paid platform.

According to a report on XDA-Developers, the premium editing feature that Google has been reportedly working on for several months (in March of 2020 it was discovered in an APK teardown of version 4.45) will be locked behind the Google One paywall.

XDA mentions that the data they found was yet again in an APK teardown and though it can serve as a predictor for future updates, it isn’t a sure thing. “This is because these features are currently unimplemented in the live build and may be pulled at any time by the developers in a future build,” XDA explains.

Still, the four strings of code they pulled are rather specific about what might befall Google Photos’ new features:

The alerts serve as a strong prompt to purchase a subscription to Google One, and other code strings suggest what is to come to the paid version of the software.

According to XDA, Google Photos may offer three processing suggestions as well as new filters for editing skies. The code strings make mention of three new editing suggestions named dynamic, HDR, and vivid, though what these will actually do for photos isn’t yet known. There is also mention of six sky filters: afterflow, airy, ember, luminous, radiant, and stormy. XDA has stated that it believes these filters will most likely work like the sky replacement filters found in the MIUI Gallery app, which allows for fast sky replacements with included presets.

It isn’t clear yet if these new editing features will be specific to a Google One subscription, but given the language and the timing, it’s strongly possible.

Shortly after XDA published its article, a reader noted that Google had already started to lock its “color pop” feature behind the Google One paywall:

Shortly after we published this article, a reader informed us that Google Photos' Color Pop feature is locked behind a Google One paywall. I reached out to Google for confirmation but haven't heard back yet. https://t.co/99dsMWcKe1 pic.twitter.com/NOWepbpXkH

If Google does begin to officially start charging for any of these editing features openly, it might not be that hard of a sell. Google One starts at just $1.99 a month for 100 GB of cloud storage spread across your Google services. Still, Google’s choice to add value to Google One by blocking access to features on some of its products can feel frustrating to users.

(via XDA via The Next Web)

Nikon to Cut 20% of its International Workforce, Transfer Production to Thailand