NASA has just published a stunning, one-of-a-kind time-lapse captured by the Hubble telescope. The short video shows an exploding star (AKA a supernova) in a galaxy 70-million light-years from Earth—a fireworks show so bright it outshone every other star in its galaxy before fading into oblivion.

In total, the time-lapse captures a full year of observations from February 2018 to February 2019. During this time, the supernova in galaxy NGC 2525 reached peak brightness, outshining every other star in its own galaxy, before “fading into obscurity” as humans watched on from million of light years away.

As Nobel Laureate Adam Riess put it in a blog post on the Hubble website, “no Earthly fireworks display can compete with this supernova, captured in its fading glory by the Hubble Space Telescope.”

You can see a wide-angle view of the full galaxy below, with the supernova very obviously shining on the outer edge of one of its spiral arms: 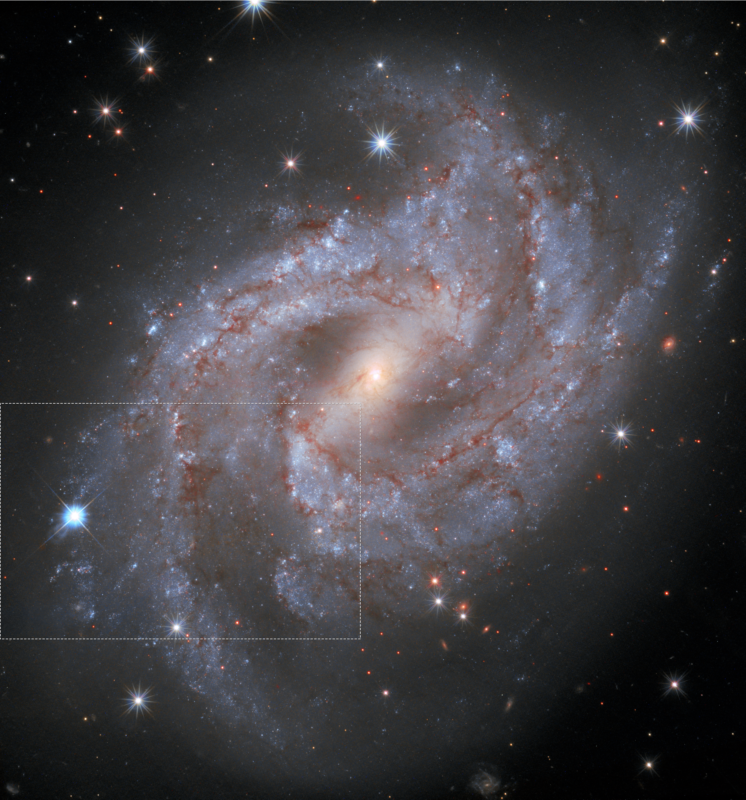 According to NASA, the energy released was “equal to the radiance of 5 billion Suns,” a light show worth capturing to be sure. However, Hubble wasn’t just interested in this supernova because NASA is eager to share celestial fireworks with the public; this kind of supernova is important in measuring our distance to its host galaxy and answering questions about the expansion of the universe.

“Because supernovae of this type all peak at the same brightness, they are known as ‘standard candles,’ which act as cosmic tape measures,” explains NASA. “Knowing the actual brightness of the supernova and observing its brightness in the sky, astronomers can calculate the distances of their host galaxies. This allows astronomers to measure the expansion rate of the universe.”

To learn more about this process or see more images of this supernova, head over to the Hubble website or check out the time-lapse video up top. Whether or not you’re interested in the science behind the photograph though, you have to admit that NASA captured something truly incredible here.