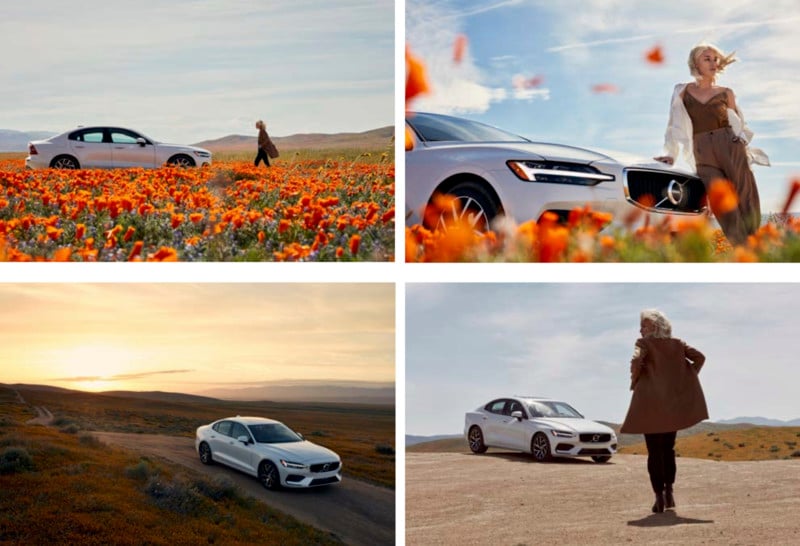 A couple of months ago, automotive photographer Jack Schroeder and model Britni Sumida filed a lawsuit against car maker Volvo, accusing them of “willful and wanton” copyright infringement. In a major update to the case, Volvo is trying to get the suit thrown out by claiming that all public Instagram photos are basically free to use and share.

The story begins in April of 2019 when Schroeder and Sumida teamed up for a personal portfolio photo shoot featuring the Volvo S60 sedan.

After posting the images to Instagram, Volvo’s account reached out multiple times asking for permission to use the images without compensation. Schroeder refused this offer and instead reached out to Volvo over email to see if they were interested in licensing his images. He never heard back, but then in November he saw his photos—including two that never appeared on Instagram but were allegedly posted to Behance—pop up on Volvo’s Instagram and Pinterest accounts,

You can see some of the infringing image use in the exhibits from the lawsuit below: 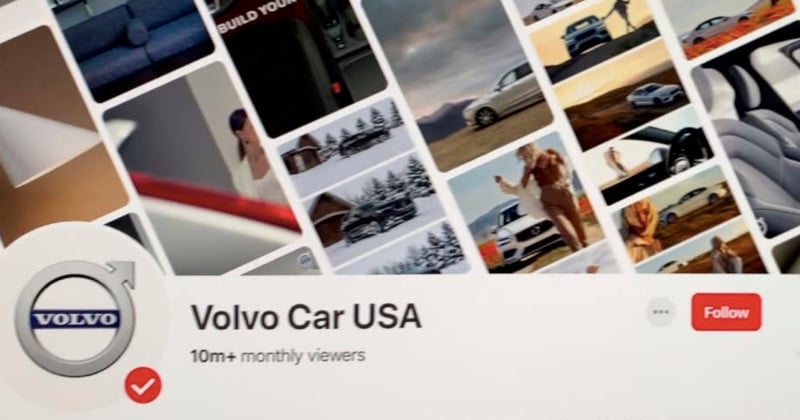 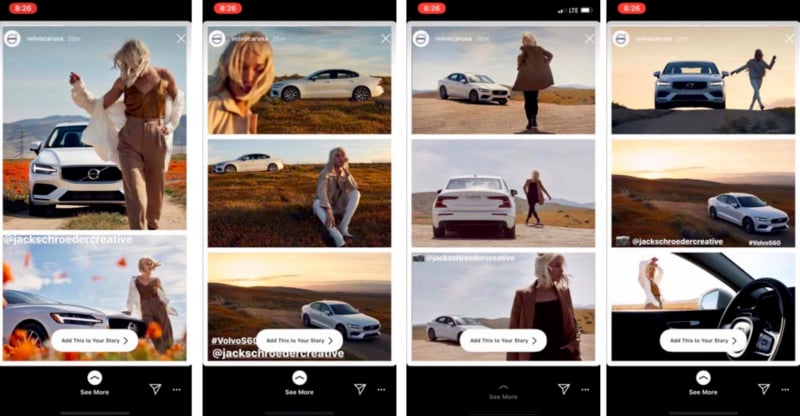 The infringement obviously upset Schroeder, but it was arguably a bigger deal for Sumida, who was now in violation of an active modeling contract she’d signed with another car maker. After multiple failed attempts to address the issue with Volvo directly, the duo ultimately filed a lawsuit, which brings us up to this week…

In an attempt to get the suit thrown out, Volvo has filed a pretty aggressive motion. Not only do they claim that Instagram grants them a sublicense to re-share any public photo—something that IG has officially denied in the past—the motion also claims that “because Schroeder set his account to ‘public,’ Schroeder granted Volvo a direct license to re-share the Instagram Photographs,” referencing Instagram’s TOS about how User Content may be “re-shared by others” once you’ve made it public.

Claiming that Instagram grants users a sublicense to embed public images or share them as part of a new IG story is an ongoing debate, but saying that making one’s account Public grants Volvo a “direct, express license” to re-share content and “allows Volvo to post copies of Instagram content on other sites” takes this argument much further. From the motion:

You can read the full motion below:

In addition to social media Terms of Service and Privacy Policy arguments that Volvo is trying to make, the motion takes direct aim at both Schroeder and Sumida personally, accusing them of “try[ing] to make a mountain out of a molehill as they continue to exploit the brand, image, reputation and substantial social media reach of a venerable automotive company to promote themselves professionally.”

The car maker’s argument is, more or less, that this was not some sort of international advertising campaign, as the plaintiffs allege. Instead, Volvo “simply used basic social media sharing/publishing platform features to re-post Schroeder’s artistic depictions of … the Volvo S60.”

“Volvo’s argument, that they can allegedly take and exploit ANY photo publicly posted on Instagram, is dangerous, chilling, and wrong. The entire global creative community should be on high alert, and Instagram should speak up immediately,” Jeff Gluck, one of the duo’s lawyers, told PetaPixel over email. “It goes without saying that Volvo’s argument has absolutely zero legal merit and we look forward to further educating their counsel during trial. We will make sure that this case proceeds to a final verdict in order to protect the creative rights of millions of people.”

Whatever your opinion of the legal arguments presented above, this case is quickly turning into one of the ugliest copyright disputes we’ve seen. But, more importantly, it has the potential to establish a very broad reading of Instagram’s Terms of Service that would be dangerous to any and every photographer and creative professional.

Now would be a good time for Instagram to update their Terms… and maybe add a feature that allows you to disable embedding and explicitly prevent re-sharing.