Whenever something is bothering wet plate photographer Markus Hofstaetter, he captures his anxiety with striking, creative imagery. Lately, the idea of “division”—in ourselves, our societies, and our world—has been on his mind, so he set about capturing a “division” portrait. The twist: he didn’t want to capture any visible light.

To achieve this concept, Hofstaetter sought to capture only ultraviolet and infrared light, neither of which are part of the so-called “visible light” spectrum. The results, when presented side-by-side, are meant to be a physical representation of the division that people are experiencing all over the world.

He used four different cameras (two of them digital), a wet plate process, and two different kinds of film to capture his idea, and the process of capturing each necessary image is almost balletic. But while the choreography and planning involved was complicated, the results are well-worth it.

This is the digital, visible light image so you can see where Markus started from: 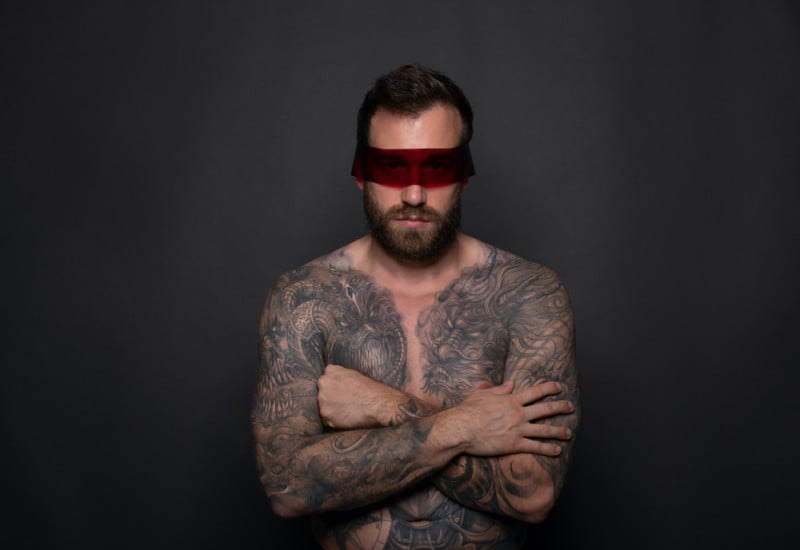 Next up, the wet plate collodion portrait, which showed only ultraviolet light, resulting in the red blindfold going black, and the tattoos taking on a faded color: 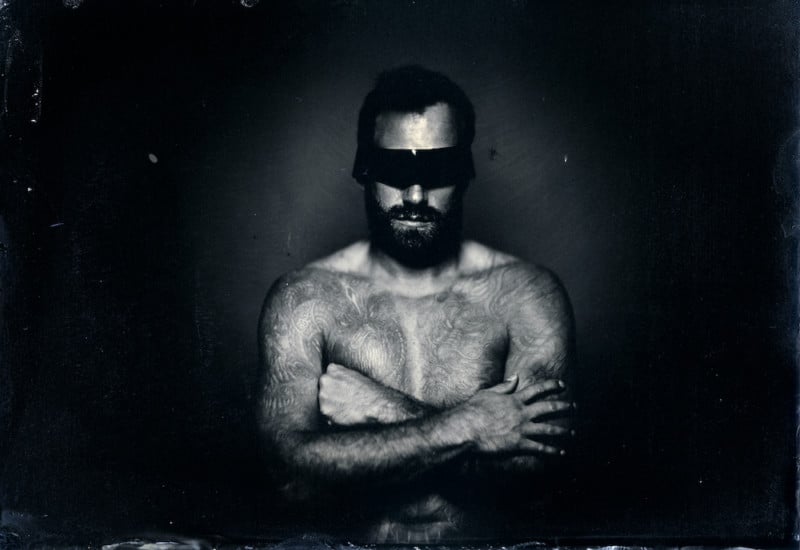 Finally, the digital infrared image below reveals what’s behind the red blindfold, and lends much more contrast to the tattoos as well: 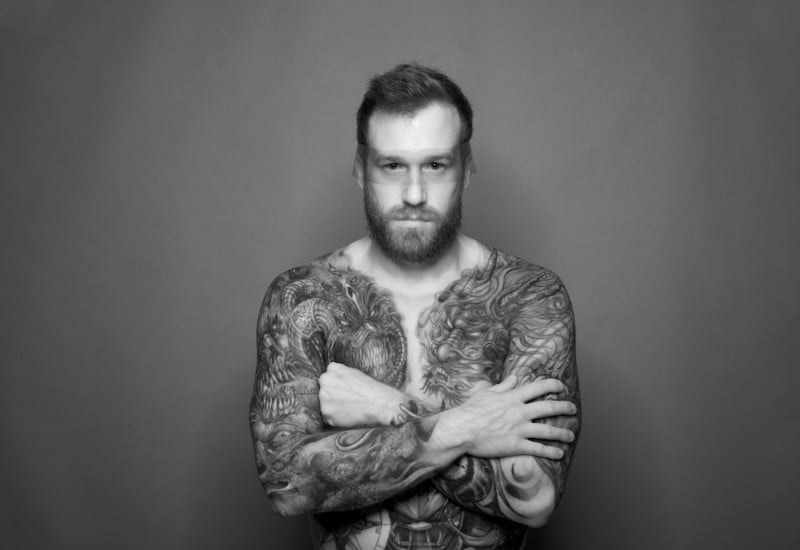 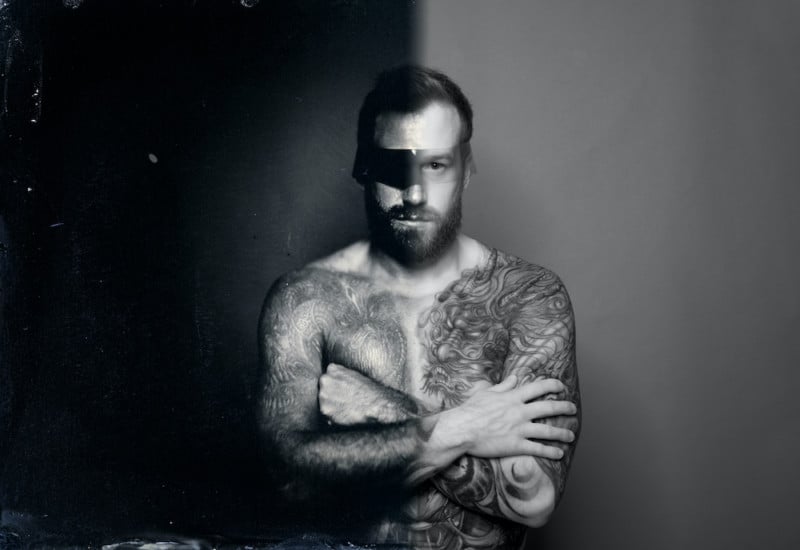 The second diptych he created is shot entirely on film, using a Mamiya 645 AFD II.

On the left is a portrait shot on Rollei Ortho 25 film through a blue filter, to mimic the results of the wet plate image; on the right is a photograph shot on Rollei Infrared 400 film, through an infrared filter, which produced similar results to the IR image from the digital camera above. 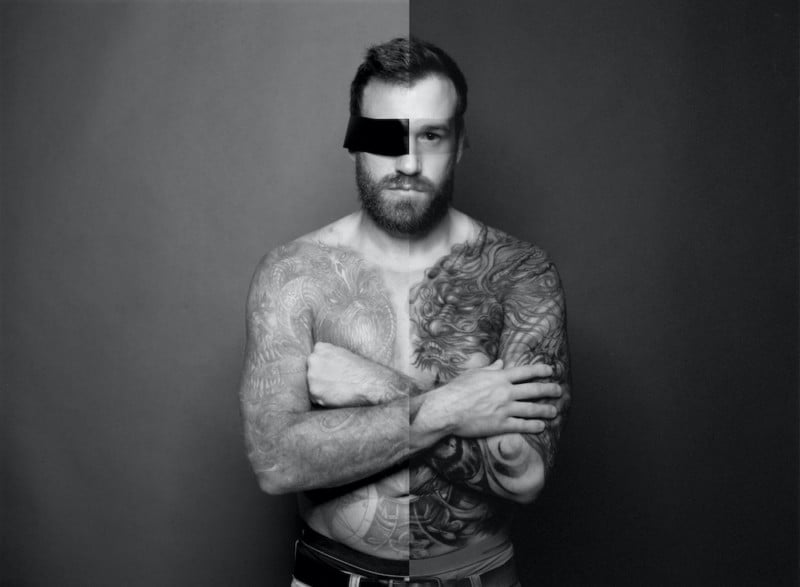 “With these portraits I show the division in visual form,” explains Markus on his blog. “On the left side the blindfold is blocking the sight – people can not see clearly, the faded tattoos are standing for a faded reality and the fist shows anger and caginess. Where on the right side you see eyes that see through the blindfold, high contrast tattoos and an open hand that is ready to help and hug.”

Markus explains all of this and more in the behind the scenes video up top, where you can see the intricate process involved in creating all of these portraits one after the other, swapping out the various cameras, filters, and films to capture all of the underlying images.

And if you want to see more of his work, be sure to visit his website or keep an eye on his blog. Markus’ ingenuity never fails to impress us.

How to Capture Creative, High-Quality Pinhole Photography in Your Backyard