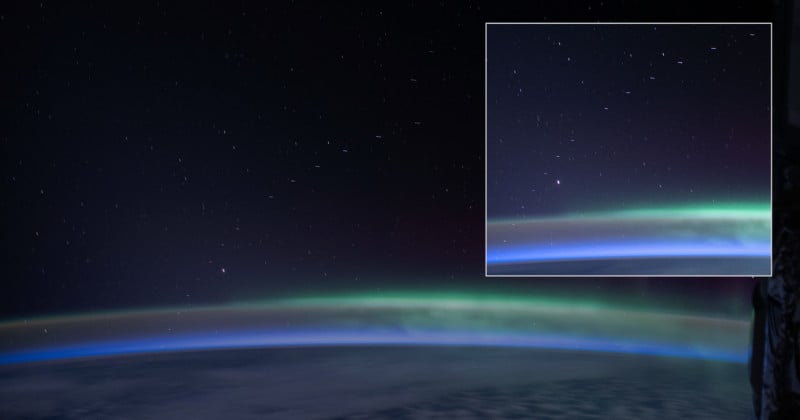 While photographing the Aurora from above the Indian Ocean, astronauts on the ISS accidentally captured something else as well. Just like Earth-bound photographers, they’re now having to deal with photo bombing by the many ‘Starlink’ satellites that SpaceX has launched.

According to the meta data provided by NASA, the photo was taken on April 13th using a Nikon D5 and 50mm lens at 2.5 seconds, f/2.8, and ISO 3200. At first, it’s hard to spot the trail of Starlink satellites, but once you see them you can’t UN-see them.

Here’s the high-res image from NASA (click for full resolution): 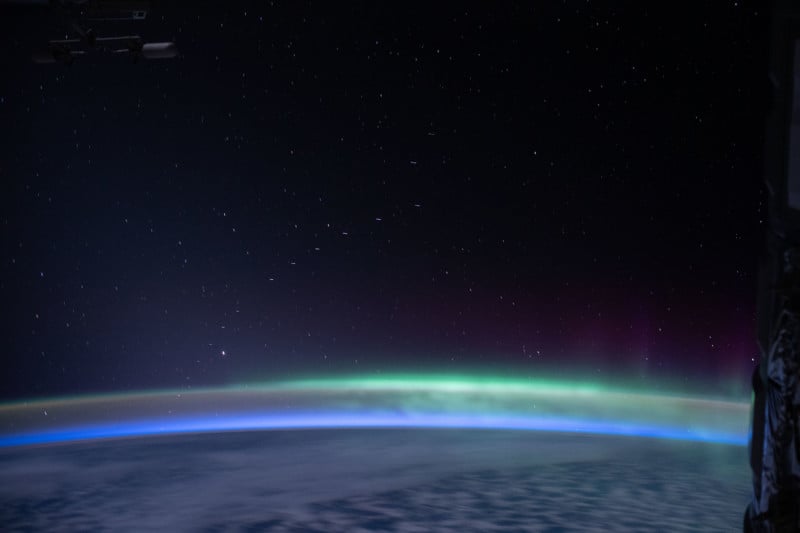 And here’s a close crop where we’ve highlighted the little trail of satellites: 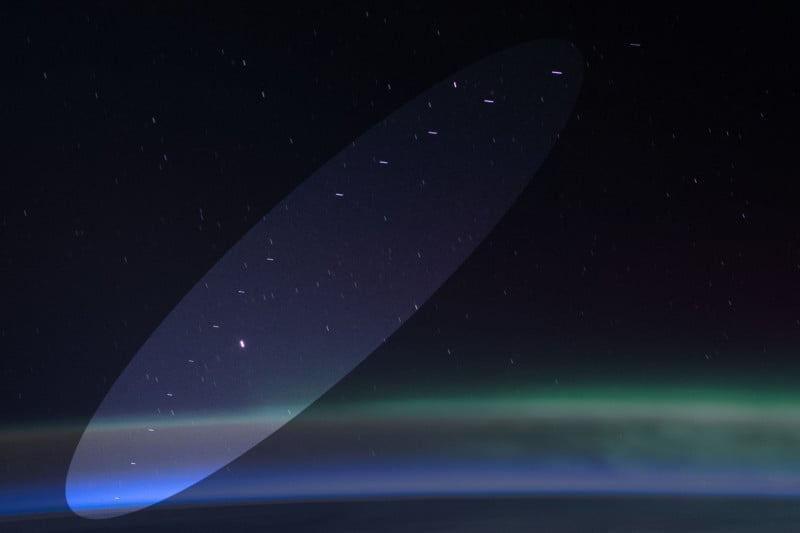 The image only shows about 15 little streaks, moving in a different direction from the star trails in the background, but SpaceX launches them in bundles of 60, and intends to launch some 12,000 total in order to built their space-based Internet system. At that point, it might be easier to spot these things than to avoid them.

For that very reason, some of the most outspoken opponents of the Starlink project have been photographers, but even NASA has come out and admitted that more than tripling the number of satellites in Earth’s orbit will “wreak havoc” on astrophotography and amateur astronomy.

This photo is the first instance we’ve seen of the satellites appearing in a photo taken from the ISS, but we’ll no doubt see many more. In the meantime, if you want to turn lemons into lemonade by trying to photograph these satellites for yourself, there’s actually an online tool that will tell you when Starlink will be visible in your location.