For our latest project, Oversized Normality, we wanted to create an unreal world while at the same time achieve a realistic final result even if we had changed the proportion of an object 1:1000 times. We wished to accomplish this without using any advanced VFX techniques, which would have required a higher budget and more time.

We, Visual Suspect (a Hong Kong-based video production company), were inspired by pre-existing photography techniques of compositions of two different images. These worked great in stills, and we then tried to experiment with it in moving pictures. 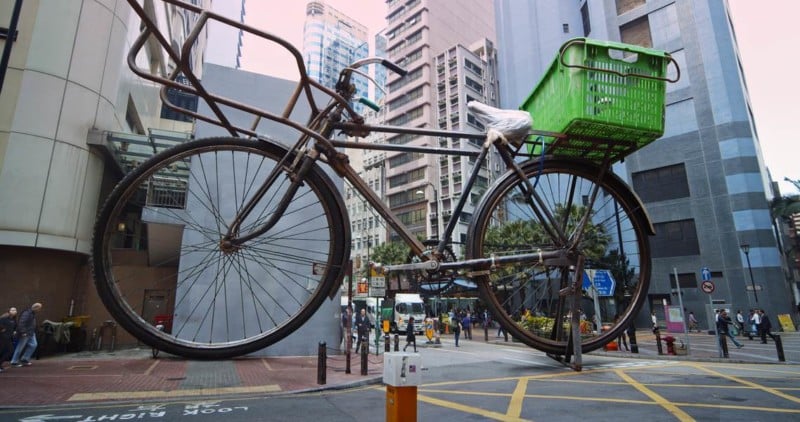 How We Shot It

Every shot is a combination of two shots, from the same location, at the same moment, with the same lighting conditions and perspective. In most of the cases, we didn’t even have to change lenses. We had to walk closer to the object that we wanted to oversize and shoot it again with the wide-angle lenses.

While the perspective should match the wide shot, in some cases, we knew that the object had to be huge in the result. For this, we would shoot from a lower perspective, and with wide angles to make the object look huge even in the original frame. Several shots with different angles were helpful to give us options at the post-production stage. 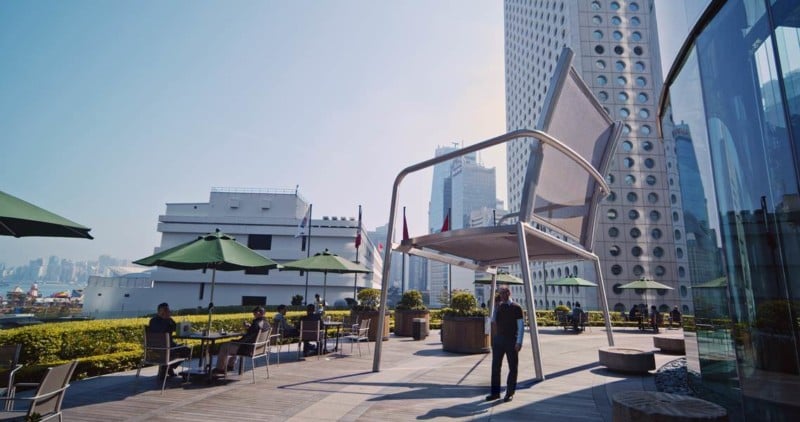 Most of the work was done using Photoshop while the final compositing was processed in After Effects and Fusion. Some camera solving was a requirement for the handheld shots, while in others we had to rotoscope the people passing in front of the object.

The overall technical requirements of the project were simple at every stage; however, at the same time, attention to detail was the element that brought every shot to life. We could say that the most crucial step was the shooting part, while the most time-consuming was the post-production work. 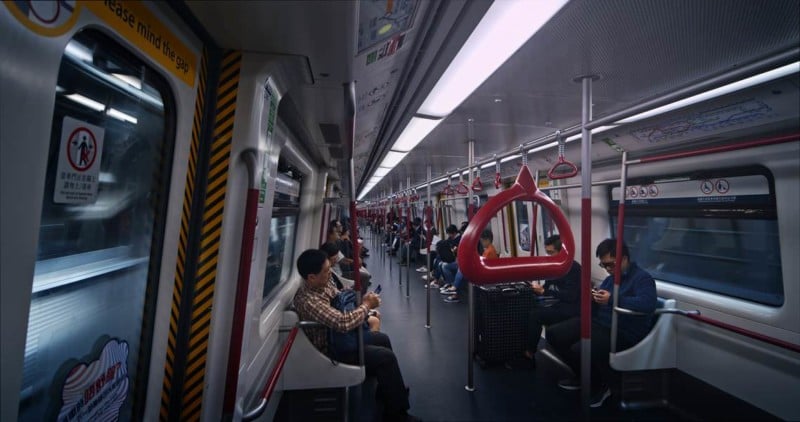 The shooting was critical because the shots had to have identical perspectives and lighting conditions so that we could see their potential even with the first draft crop.

Post-production work was time-consuming because relevant cropping, feathering, and shadowing need time, and have to meet a quality standard; even if all of this happens in Photoshop. 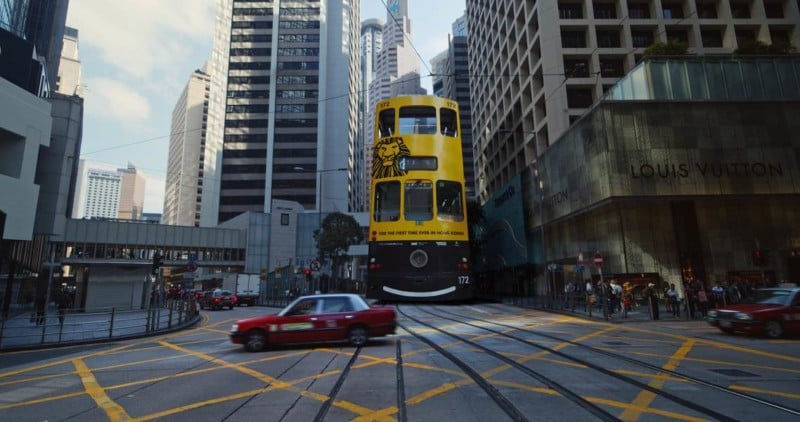 When you shoot, you don’t see the final result. When you draft the crop, you have to wait for the final composition, and when it is ready, you may need to wait for tracking and rotoscoping. At the final stage, you can say, yes, it works, let’s keep it! 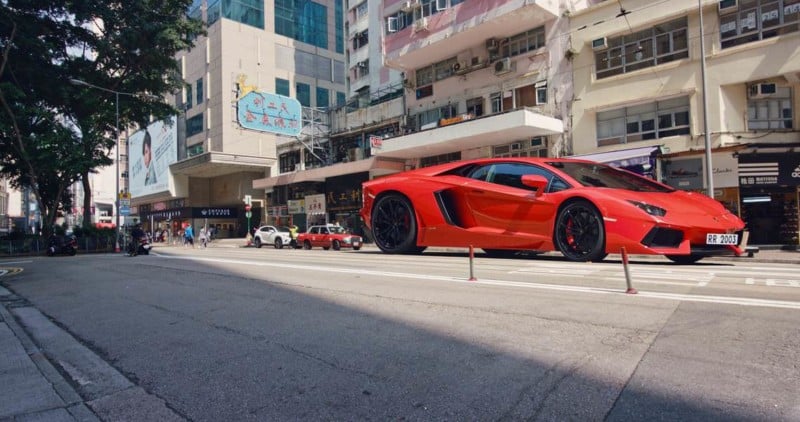 1. Work only with the shots that show the most potential from the draft crop; don’t try to push something that will need a lot of post-production work to come to life.

2. People moving around or having other objects in the shot always helps, as it emphasizes the change of scale. Furthermore, it gives the feeling that the city-dwellers have gotten used to having the oversized objects next to them and therefore don’t pay attention to them.

3. Sometimes you enlarge something like a Boeing 777 hundreds of times and it is still not apparent. It’s good that you may have achieved something that looks real, but the goal is not to document reality.

4. It is better to walk and stay with wide-angle instead of changing the lens from full to telelens. This way, you preserve the same lighting and texture; and yes, when you want to make something big, wide-angle is always helpful.

About the author: Yiannis Biliris is Creative Director at Visual Suspect, a Hong Kong-based visual production company. The opinions expressed in this article are solely those of the author. You can find more of the company’s work on its website, Facebook, and Instagram.

Film vs Digital: Shooting a Wedding in Fujifilm ACROS