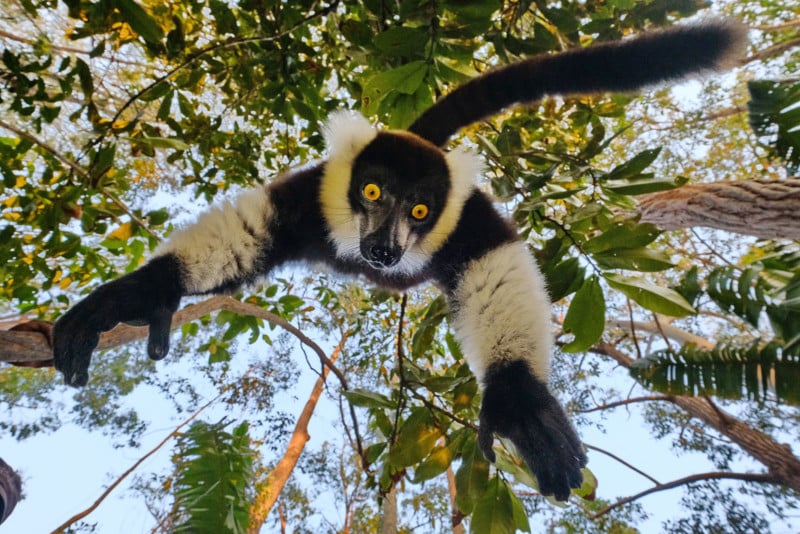 Wildlife photographer Luca Bracali was shooting in Madagascar recently when a lemur dropped down from a tree and tried to yank the camera from Bracali’s hands. The photographer kept his grip on the camera and managed to capture unusual photos of the lemur reaching toward him.

Bracali was in Andasibe National Park and photographing the black-and-white ruffed lemur when the animal decided it wanted to be the photographer instead.

“I was taking a photo of the lemur when all of a sudden he climbed down and tried to grab my camera,” the 54-year-old photographer tells SWNS. “He hung upside down and reached out towards my camera. I couldn’t believe it, I was really surprised!

“I used a super wide-angle and I remained pretty close to the ground with the lens all the way up waiting for the lemur to come down.” 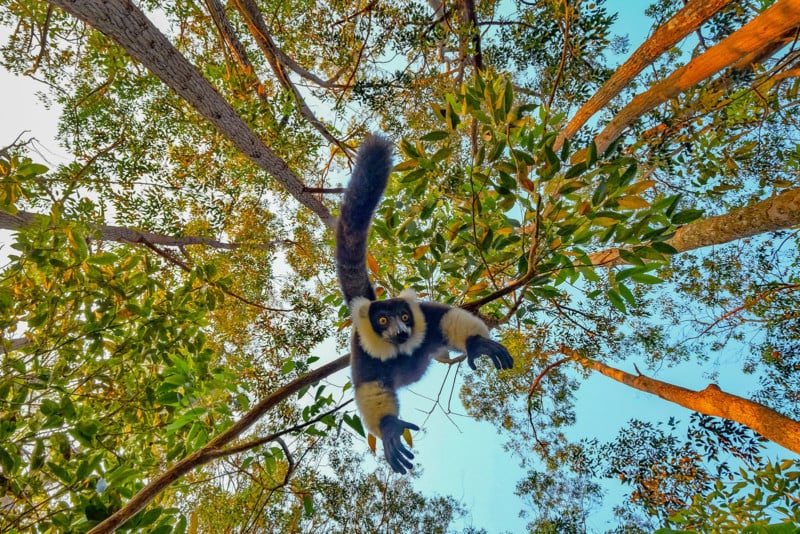 Bracali began his career as a photojournalist and sports photographer before switching to wildlife photography. He says he enjoys the genre because of the challenge of photographing unpredictable wild animals — it’s an exercise in patience, and you never know what you’re going to walk away with.