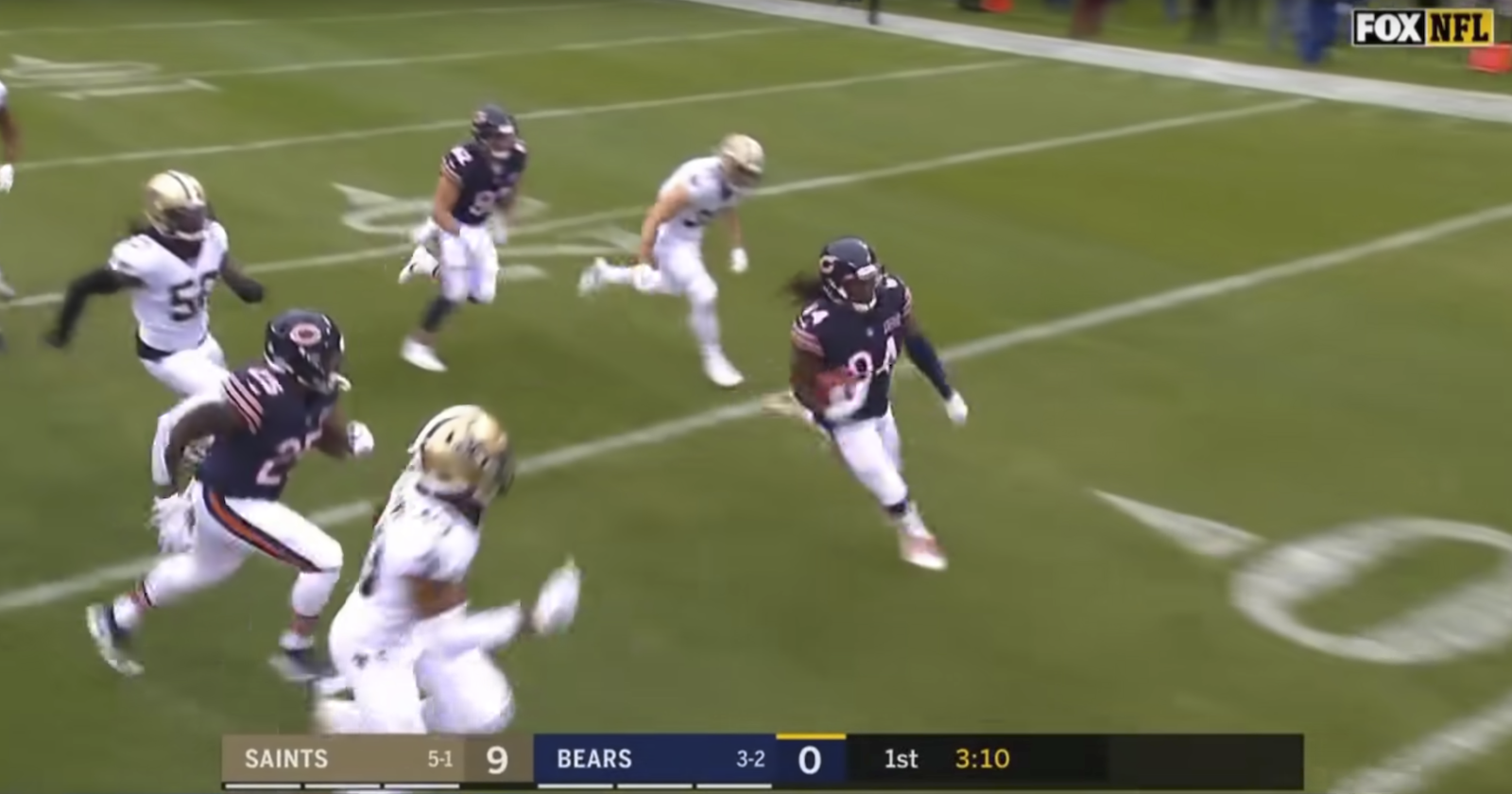 Our hats go off to SkyCam operator Darin Haggard and pilot Alex Milton who were working the New Orleans Saints vs Chicago Bears game on October 20th. They both earned their paycheck and then some when they captured some buttery smooth, perfectly framed footage of a 102-yard kickoff return that has since gone viral.

The SkyCam system runs on a series of cables that hang up above the players’ heads, and it’s often good for some unique angles that can get closer than any camera on the sideline or in the stands. But the footage below of the Bears’ Cordarrelle Patterson running a kickoff back 102 yards is some of the best we’ve seen. The camera moves almost look choreographed—an even more incredible feat when you realize that it’s a two-person ordeal made up of a pilot who moves the rig and a camera operator who pans and focuses the camera itself.

Watch the whole tracking shot below, or watch it in full resolution on the NFL’s YouTube channel:

Cordarrelle Patterson’s 102-yard kick return gets the Bears (-223) on the board!

The video above actually reminds us of this dizzying footage captured by YouTuber and FPV drone pilot Viggo Koch while following a roller coaster. What can we say, there’s just something about a smooth shot by an expert camera operator that’s beautiful to behold…

If you want to learn more about how this footage was shot or how the SkyCam works, Slate published a great interview with Haggard that is well worth your time.

(via Deadspin via Fstoppers)