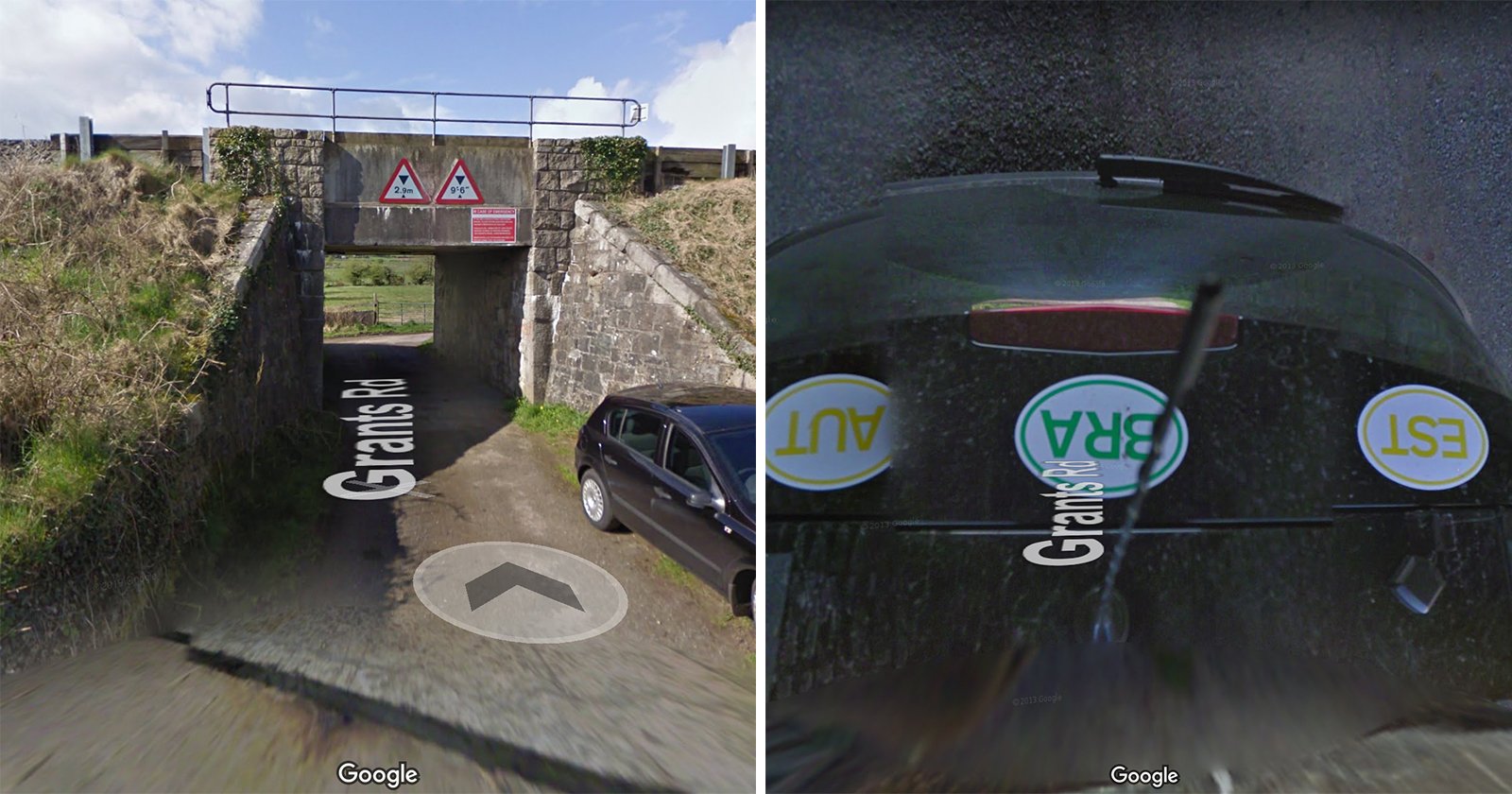 It seems that a Google Street View car in the UK literally ran into a problem when trying to go under a very low overpass in Northern Ireland. Based on the photos it captured and uploaded, it looks like the camera was knocked over onto the roof of the car.

The discovery was posted to the subreddit r/IdiotsinCars by Reddit user u/LinusDrugTrips, who spotted the mishap while navigating the roads of Newry in Northern Ireland. As the car drives under an overpass marked with the height of 2.9m (~9.5ft), the camera is suddenly capturing the roof of the car and the ceiling of the overpass. On the other side, things go back to normal again.

Interestingly, this maximum height should, to the best of our knowledge, be tall enough to allow the Google Street View camera to pass safely underneath—but perhaps that wasn’t the case when these images were first captured in April of 2011.

One commenter on Reddit suggested that maybe the driver “put the camera in the stow position for the bridge and kept the camera running,” but it seems unlikely given that the next photo on the other side of the bridge shows three people who were not there just moments ago. It makes us think that the driver had to reattach or otherwise fix the camera, which would obviously have taken some time.

However, the biggest surprise might be that Google never caught this mistake, even after eight years. Despite these images being taken in April of 2011—and ostensibly uploaded shortly after—the mistake is only now coming to light; and as of this writing, it’s still up on Google Maps.