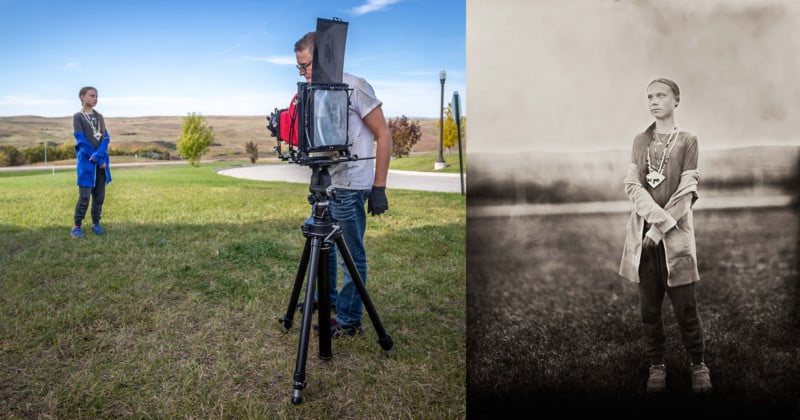 Greta Thunberg exploded into the public consciousness last month after the 16-year-old Swedish climate activist gave an impassioned and scathing speech to world leaders at the UN Climate Action Summit in New York. Earlier this month, wet plate photographer Shane Balkowitsch got 20 minutes with Thunberg at Standing Rock and used the time to make 2 wet plate portraits of her.


Balkowitsch had been at the Standing Rock Indian Reservation in the Dakotas to shoot portraits of Native Americans for his project “Northern Plains Native Americans: A Modern Wet Plate Perspective.” 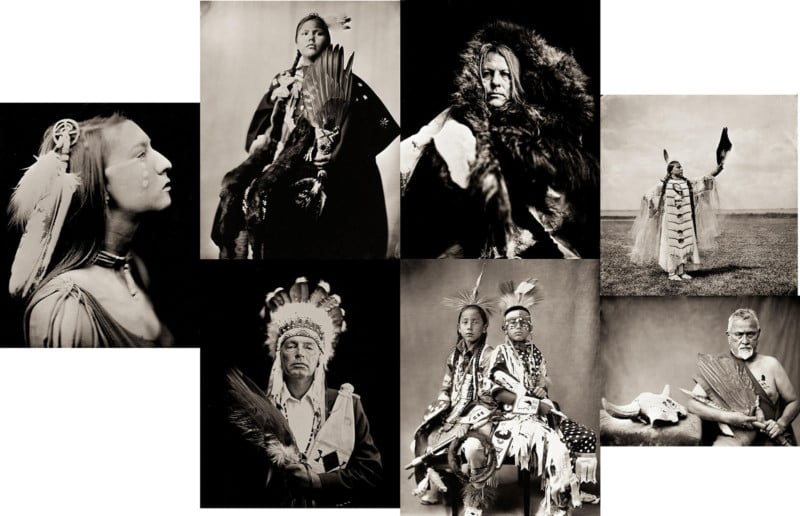 “I heard that Greta was going to Standing Rock,” Balkowitsch tells PetaPixel. “I reached out to my friends down there and wanted to see if she could come to my studio. Her schedule was too tight for a trip to Bismarck, so I offered to take my portable darkroom and chemicals and gear to Standing Rock, [saying] ‘if I can get 15 minutes, we could immortalize Greta in the historic photographic process of silver on glass’ — this picture would outlast all other photographs ever taken of her or will ever be taken of her.

“I got the word Monday afternoon that I could have 15 minutes of her time if I traveled to the reservation and take her portrait, so that is what I did.”

When Balkowitsch arrived at the agreed-upon location, he set up for the shoot in the open and waited for Thunberg to arrive. 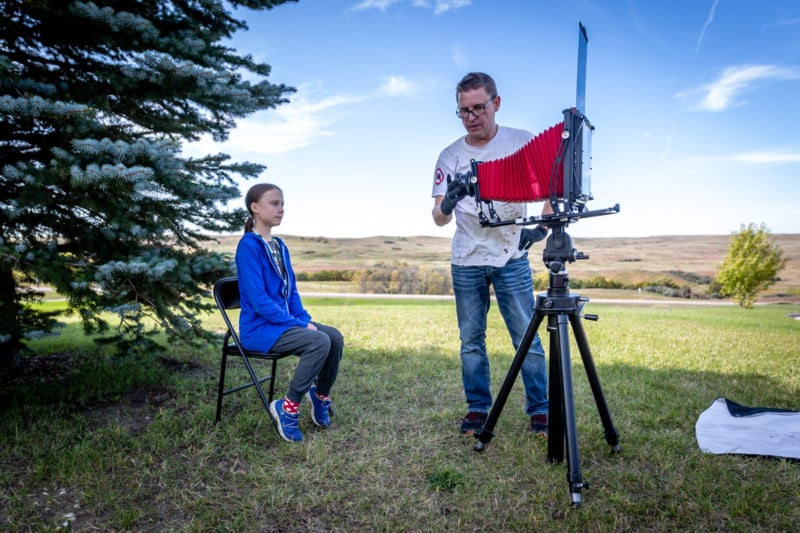 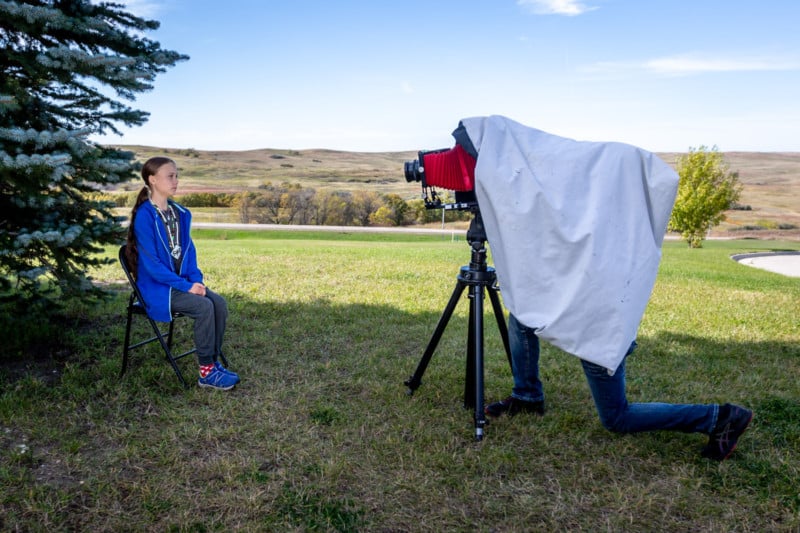 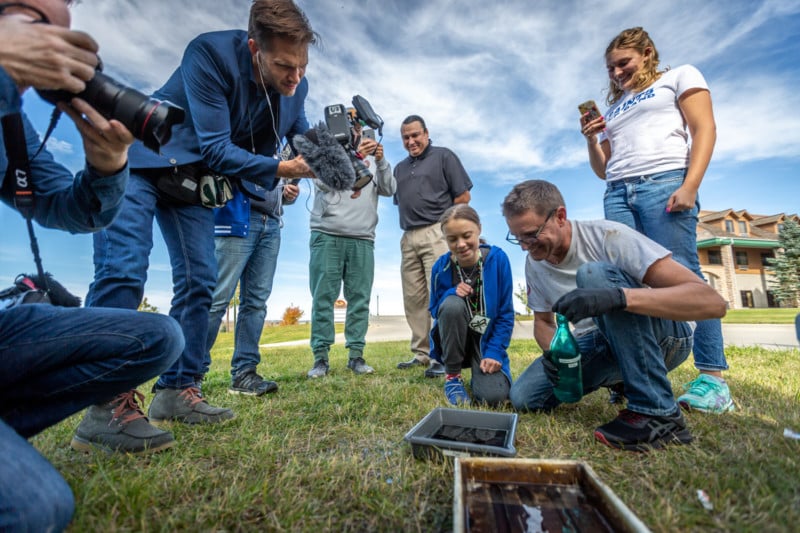 “I knew [Thunberg and her father] were pressed on time,” Balkowitsch says, “so after they saw the first plate come to life in the fixer I looked at them and said, ‘can we do one more’, and her father said ‘Certainly,’ [and] that is when I made ‘Standing For Us All,’ a now iconic image of her standing at Standing Rock in the field.” 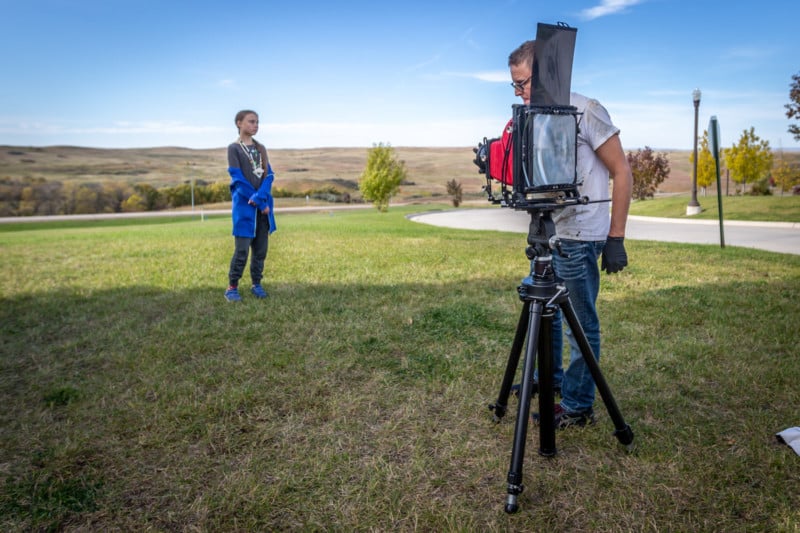 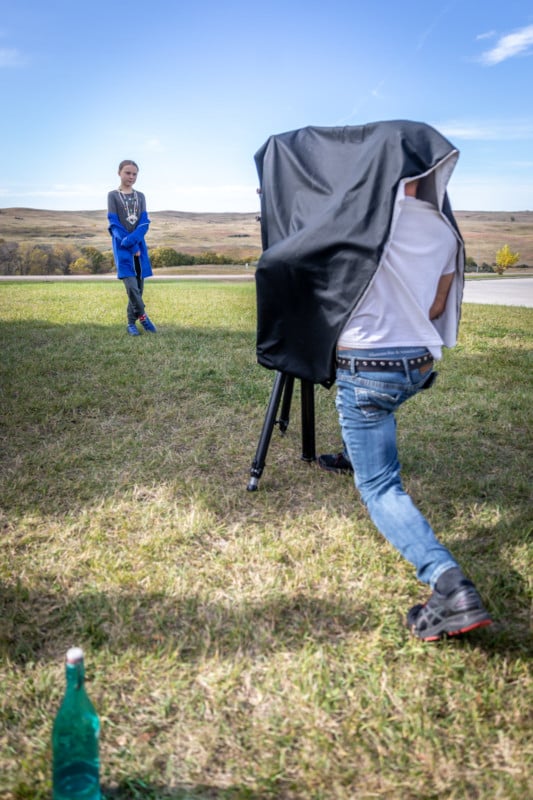 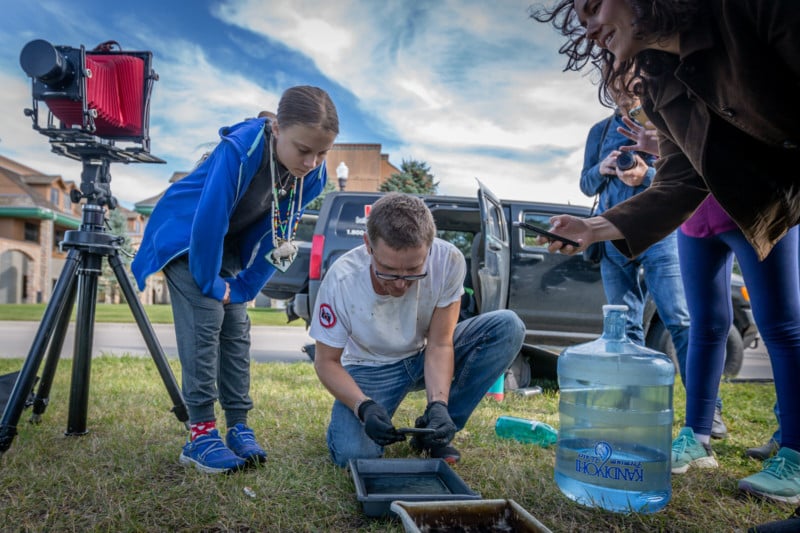 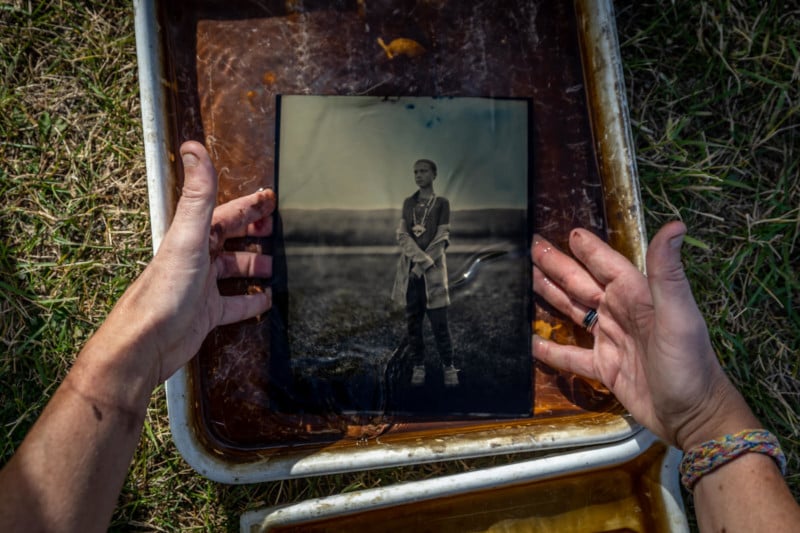 Here are the two portraits that resulted from the 20-minute shoot: 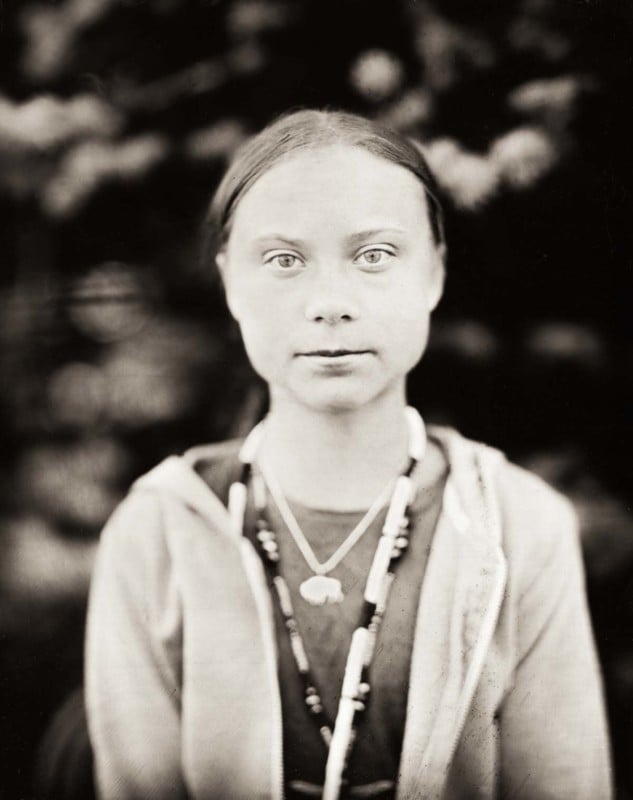 P.S. Here’s an interview Balkowitsch gave Michael Comeau of On Portraits. Interesting fact: Balkowitsch never owned a camera before he jumped into the world of wet plate photography.