Red Bull TV’s video series Chasing the Shot pairs cutting-edge photographers with world-class athletes to show what it takes to capture unparalleled action photography. And for Season One’s main episode, they followed teenaged surf photography phenom Leroy Bellet as he set out to capture the surfing photo of a lifetime.

Bellet is just 17 years old, and yet he’s quickly made a name for himself shooting what’s called “Double-Tow” POV surf photography. Most surfing images are shot by photographers who are in the water, trying to capture the surfers as they fly by on a wave. POV surf photography is another animal entirely.

Bellet gets towed onto a wave behind the surfer, riding his own surf board and holding a camera at the same time. That means that he’s in an even more precarious position than the surfer—as fellow photographer Steve Wall explains, “for him to get a good shot, he has to wipe out, he has to suffer.” But this willingness to suffer also means that Bellet is able to capture a different vantage point than most photographers. 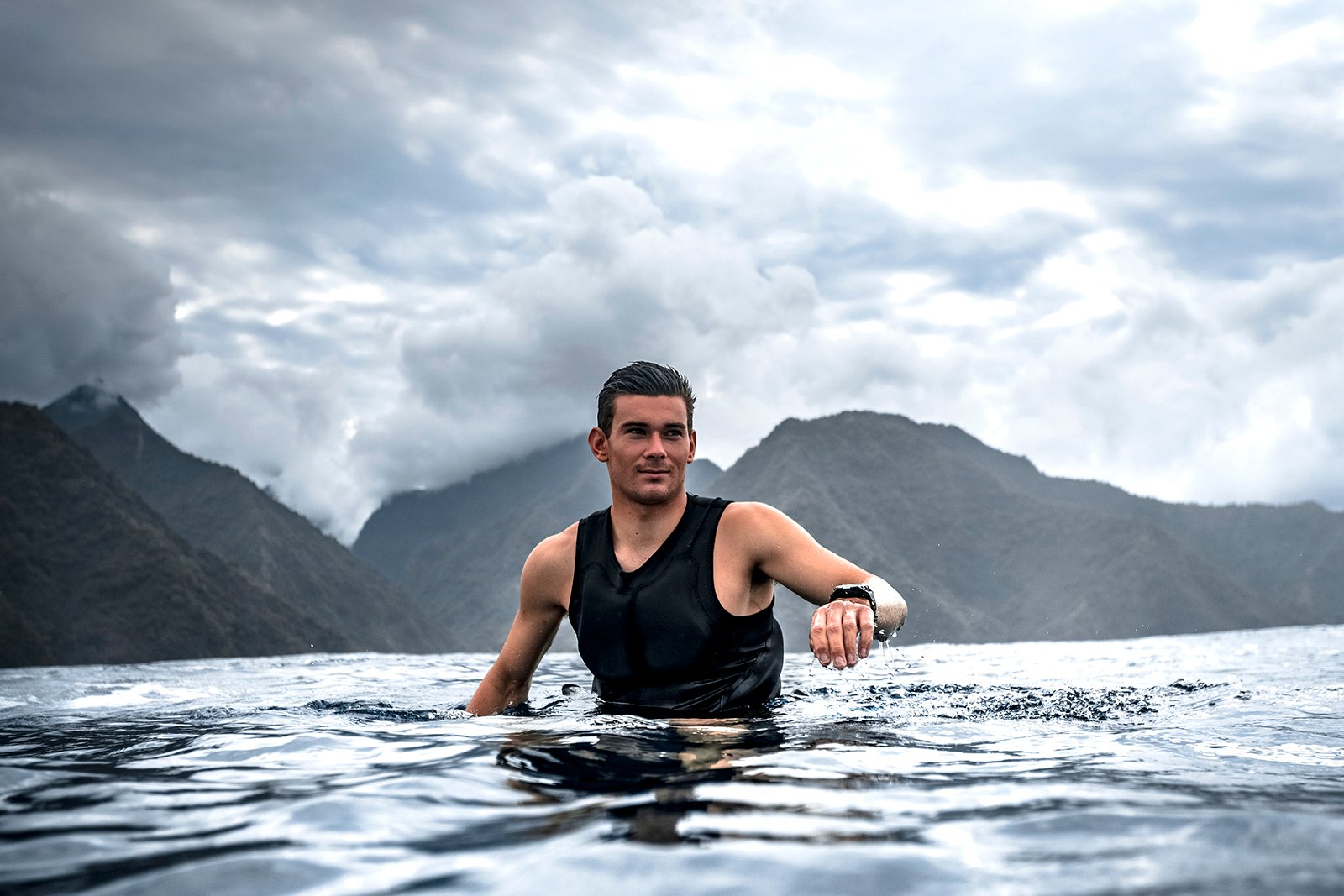 In his episode of Chasing the Shot, he pushes this style of surf photography to its limits, and we get to go along for the ride. Over the course of the 22-minute episode, he winds up chasing two different, equally exceptional goals.

First, he sets out to capture a world’s first: double-tow “follow along” footage using a $100,000 Phantom ultra-slow motion camera. Not to spoil anything, but the camera winds up a little… worse for wear. Then, he jets off to Teahupo’o, Tahiti to conquer what he dubs “the Everest of intensity and challenge” and capture some iconic double-tow POV shots with professional surfer Craig Anderson and world tour surfer Michel Bourez.

His photos of Anderson are striking. A series of shots that show the progression of the ride and give you a sense of what it takes to think about taking a photo and surfing a big wave at the same time: 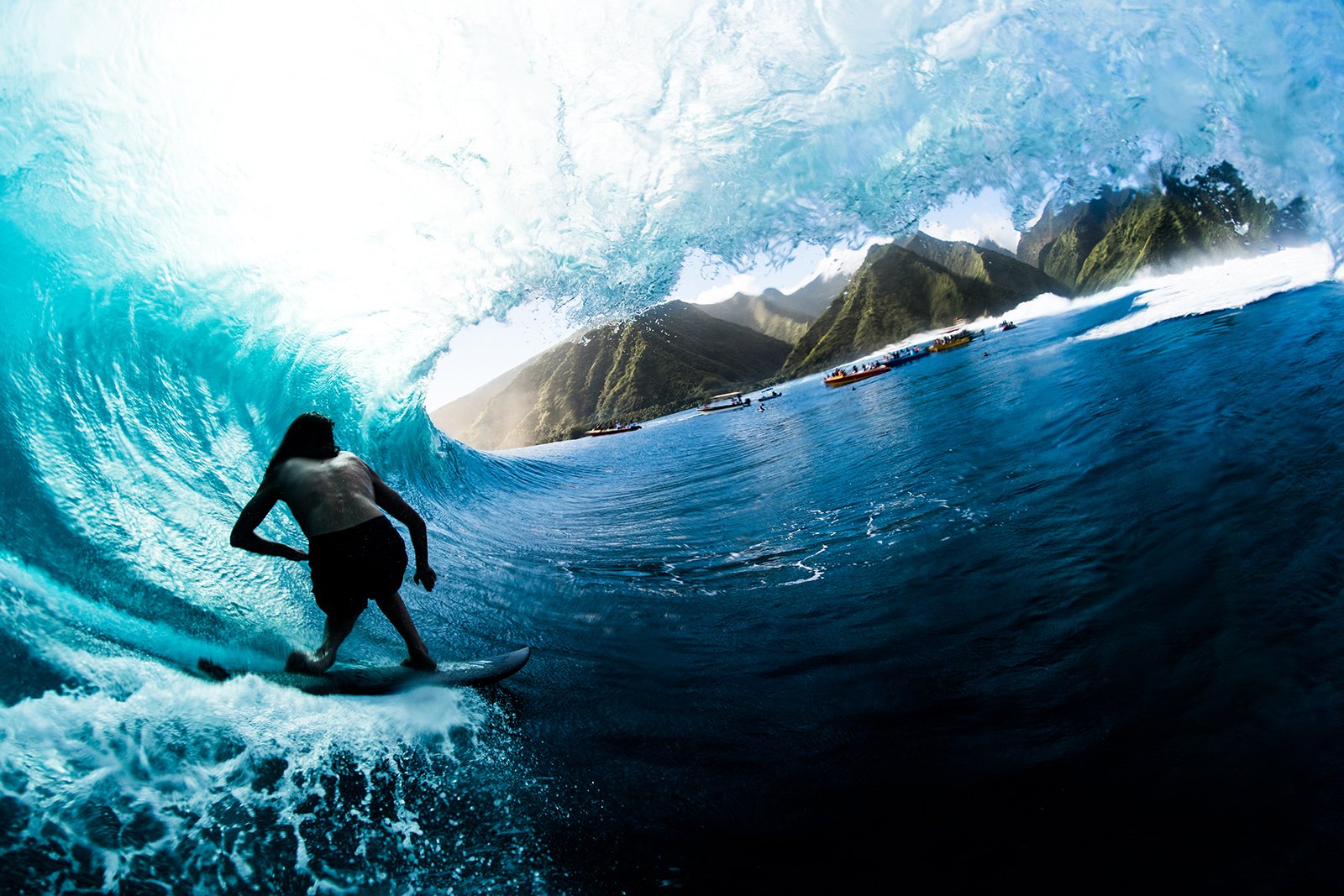 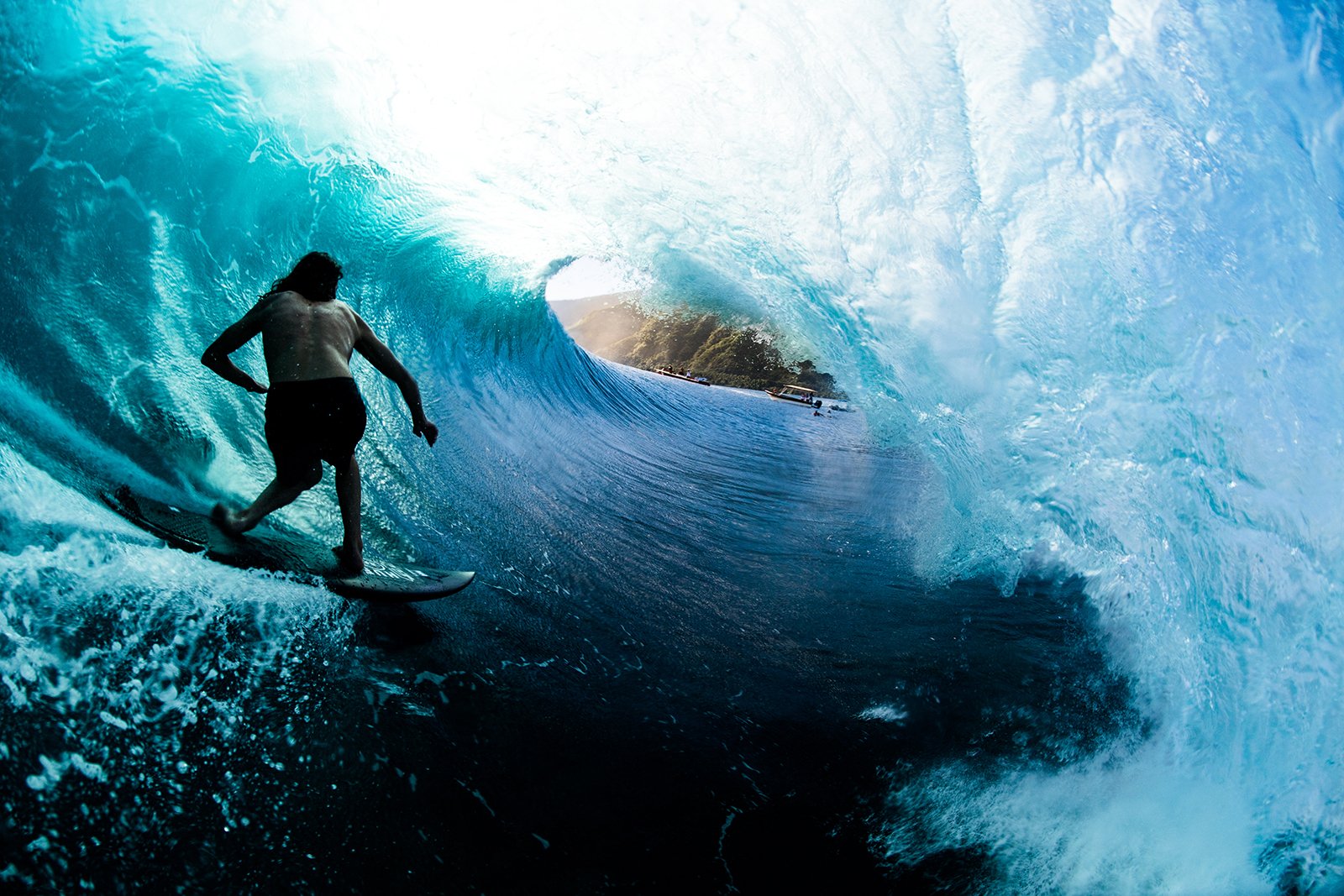 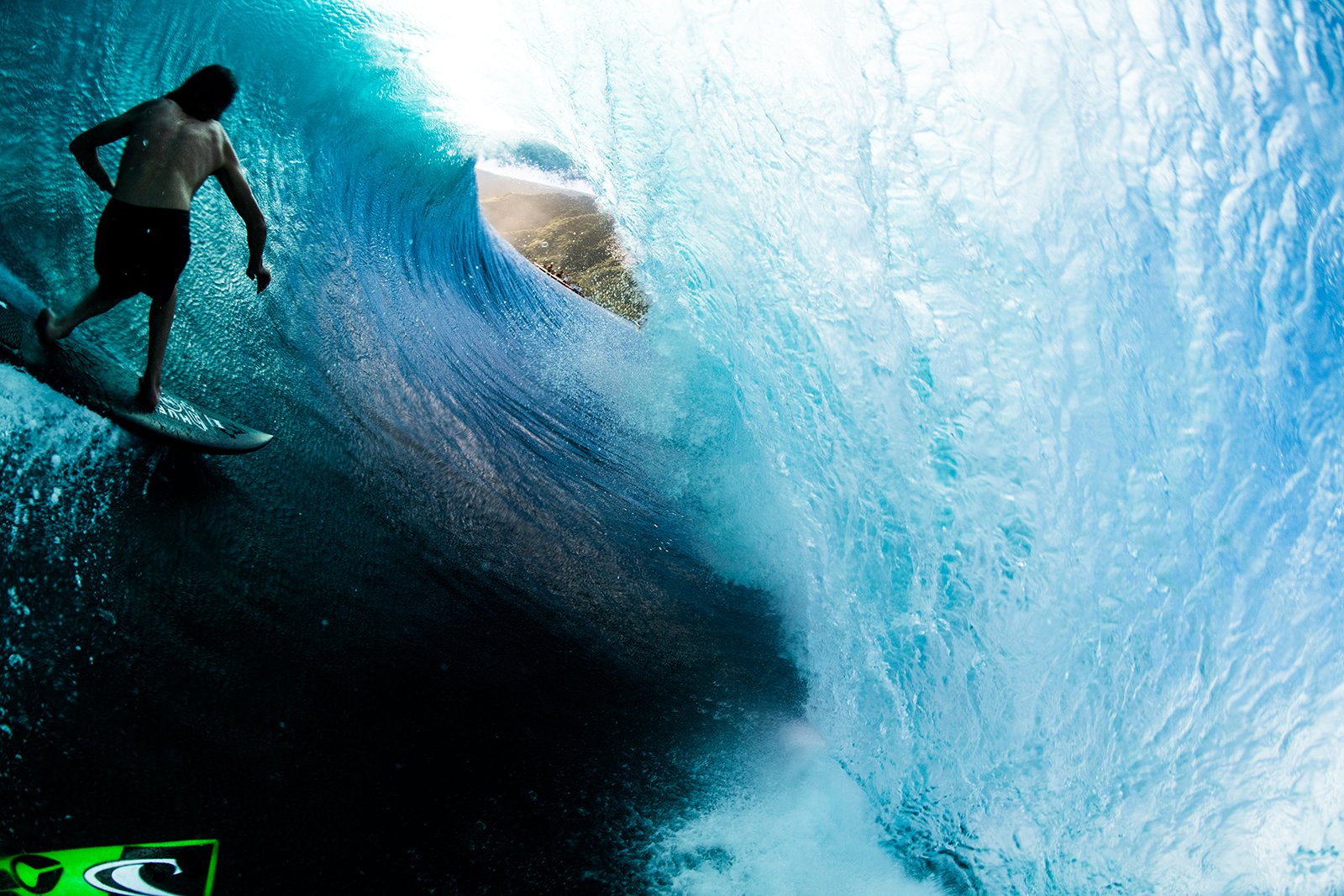 As Bellet explains in the episode, capturing these kinds of images is no easy task. “It’s tricky trying to think about taking the photo and surfing at the same time,” he says. “You’ve got to be paying so much attention to the surfer in the front, your own surfing, how you’re composing the shot, the way the camera’s held.”

Add to that the sharp reef below, and the massive waves crashing down and giving Bellet the beating of a lifetime, and you start to understand just how incredible it is that he’s capturing anything, much less the kind of work you see above.

But there can only be one “The Shot” when you’re “Chasing the Shot,” and the photo that was selected to be on the cover of Surfing World magazine is it. Captured during one last ride at the end of the day in Teahupo’o, while following Michel Bourez on a gorgeous sunset wave (and almost losing the camera in the process), it’s a shot surf legend Kelly Slater called “one of the best ever.”

The shot Bellet was chasing all along:

Of course, in the end, it was never about the final shot:

At the end of the day, after ticking off those tangible goals—the things you put on your resume—it’s cool to just sit back and think about why you really got into it in the first place. When I think about it now, it’s more just, for the act of doing it itself more than the end result of ‘getting the photo.’ The whole journey along the way is what compells me to do it.

Watch the full episode up top to see the incredible, first-of-its-kind Phantom footage and tag along as Bellet chases the shot while taking a beating in Tahiti. And if you enjoyed this episode, definitely check out the rest of the Chasing the Shot series for more amazing stories like this one.

Credits: All images and video provided by and used courtesy of Red Bull.