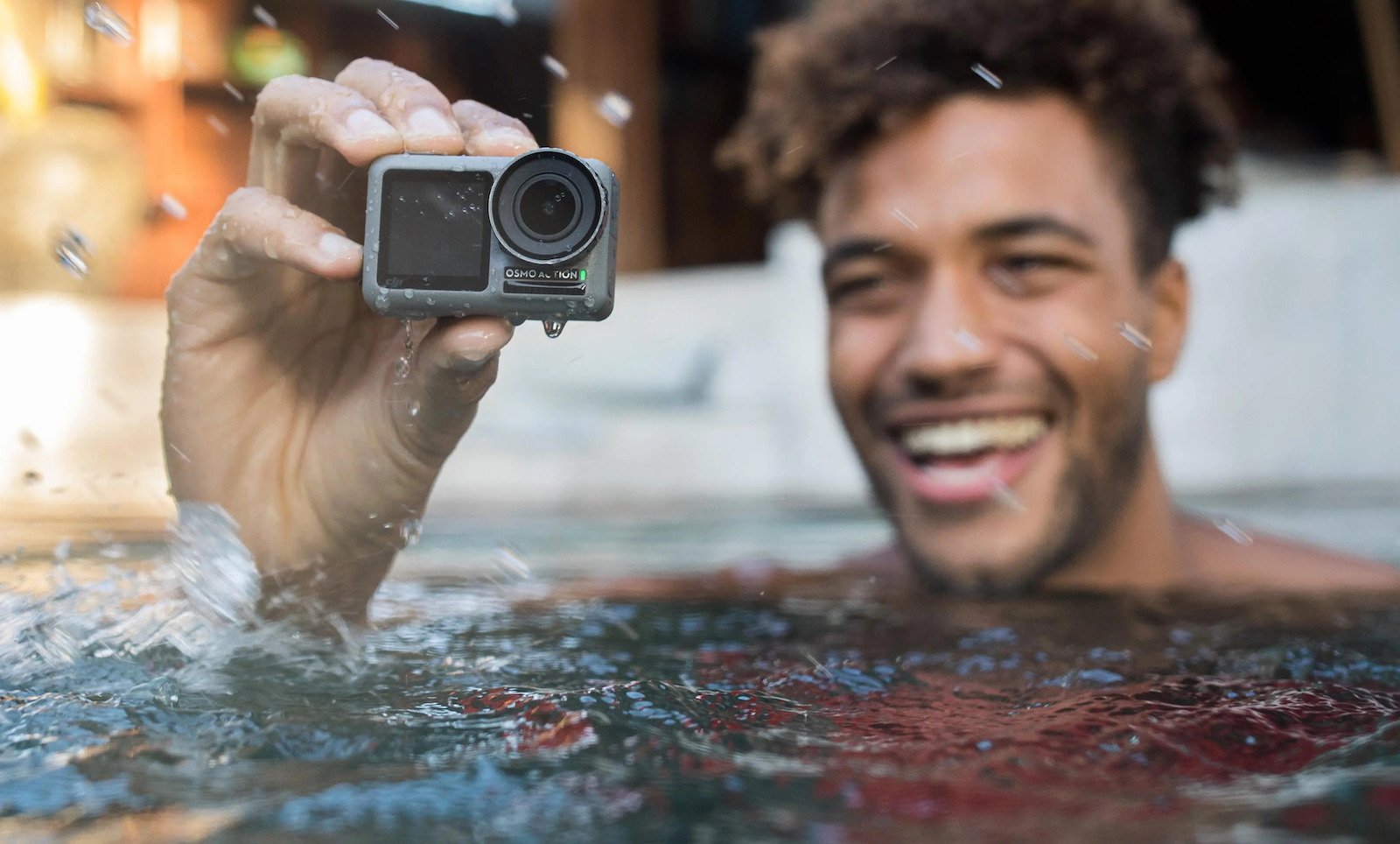 In May of this year, the DJI Vs GoPro competition caused quite a stir in the tech world as action camera users from casual thrill-seekers all the way to professional videographers sat back to watch two giants battle it out.

While DJI’s Osmo Action wasn’t a huge improvement over the GoPro Hero 7 Black, it was new and hinted at future possibilities. More importantly, DJI’s suddenly appearance in the action camera game posed a very real threat to GoPro. Their response was to postpone the release of the Hero 8 until October, possibly to rethink certain aspects of the product in order to better match-up against DJI. Even the Hero 8 tagline of “This is Action” points to a company acutely aware that they now have some very real competition in their own field.

Truth be told, for an industry that has made only incremental gains over the last couple of years, increased competition in the form of the drone and gimbal giant can only be a good thing for users as each look to innovate in order to outdo each other.

DJI vs GoPro: Where Are We Now?

As you’ve probably already seen, the biggest physical difference between DJI’s Osmo Action and the GoPro is the 1.4-inch color screen on the front of the Osmo Action. Affectionately called the selfie screen, this is a design that GoPro users have long yearned for but, perhaps due to the aforementioned lack of competition, it has been overlooked by the action camera giant.

When GoPro released the GoPro Hero4, they there was an option for a detachable touchscreen. On the surface, it was great: an innovative design that looked to change the market. However, users quickly discovered that the screen was incompatible with many of the company’s other accessories.

The problem here is that when GoPro realized there were issues with the screen’s functionality, they opted to release a new GoPro without it instead of fixing the incompatibility issues—leaving users, once again, screen-less. Each year the company would wrap some small upgrades into a shiny presentation and tell us to buy the new “life-changing” GoPro. It felt as though they were going through the motions, not really bringing anything exciting to the table.

Don’t get me wrong, the introduction of Hypersmooth on the Hero 7 Black was a game-changer that made action camera footage significantly better but, for many users, it still wasn’t enough.

I conducted a poll on DPReview some time ago to find out if the Osmo Action’s front-facing screen really was a necessity for users and the result was, as expected, 100% yes; and it’s easy to see why. It’s such an obvious design element. Why GoPro have yet to jump on the ‘selfie-screen’ revolution continues to bewilder me.

With the Hero 8 Black soon to be released, the leaks suggest that it will, once again, support a detachable touchscreen that may allow you to see yourself. However, in yet another blunder for a camera targeting thrill-seekers as a primary consumer, the detachable screen does not seem to be waterproof. We’ll have to wait to be sure, but with the Osmo Action waterproof down to 11m without the need for a housing, it may be the obvious choice for people looking to record their underwater adventures for the foreseeable future.

Something I’ve found, and that reviewers across the Internet seem to corroborate, is that footage from DJI’s Osmo Action looks slightly washed-out straight out of camera, and that GoPro video looks noticeably better in that respect. Yet, in situations where there is a lot of contrast, or in low-light conditions, the Osmo Action easily comes out on top.

The new HDR video introduced with the Osmo Action would be something I’d love to seem implemented in the GoPro range as it has allowed me, and others, to grab usable footage from situations that would have been impossible in the past.

Video quality improvements of any kind would be a welcome feature. An article from January 2019 titled Is GoPro Failing as a Company argued that GoPro cameras, for the last couple of years, have been disappointing. Stating that, “Video quality is still pretty bad, and not much better than the Hero4. The camera is horrible in low light and, in my testing, I’ve found that my smartphone offers far better image and video quality. The camera still overheats and still suffers from glitches and random shutdowns.”

As consumers, all we can do is hope that GoPro has learned its lesson here. I think it’s safe to assume that the Hero 8 will improve video quality, and there are rumours of 4k 120fps and Full HD 480fps recording, but wouldn’t increased performance without a new processor make those overheating issues and glitches more prevalent? Some rumors claim the GoPro Hero 8 will continue to use the same GP1 processor from the Hero 6 and 7, and I hope they’re proven wrong.

DJI was able to make the UI its own by bringing in a customizable ‘snapshot’ feature, as well as buttons to switch between modes, and the ability to customize user profiles, making the Osmo Action more user-friendly. I’d expect/hope the new GoPro Hero 8 tries to incorporate some of these features into its own OS. 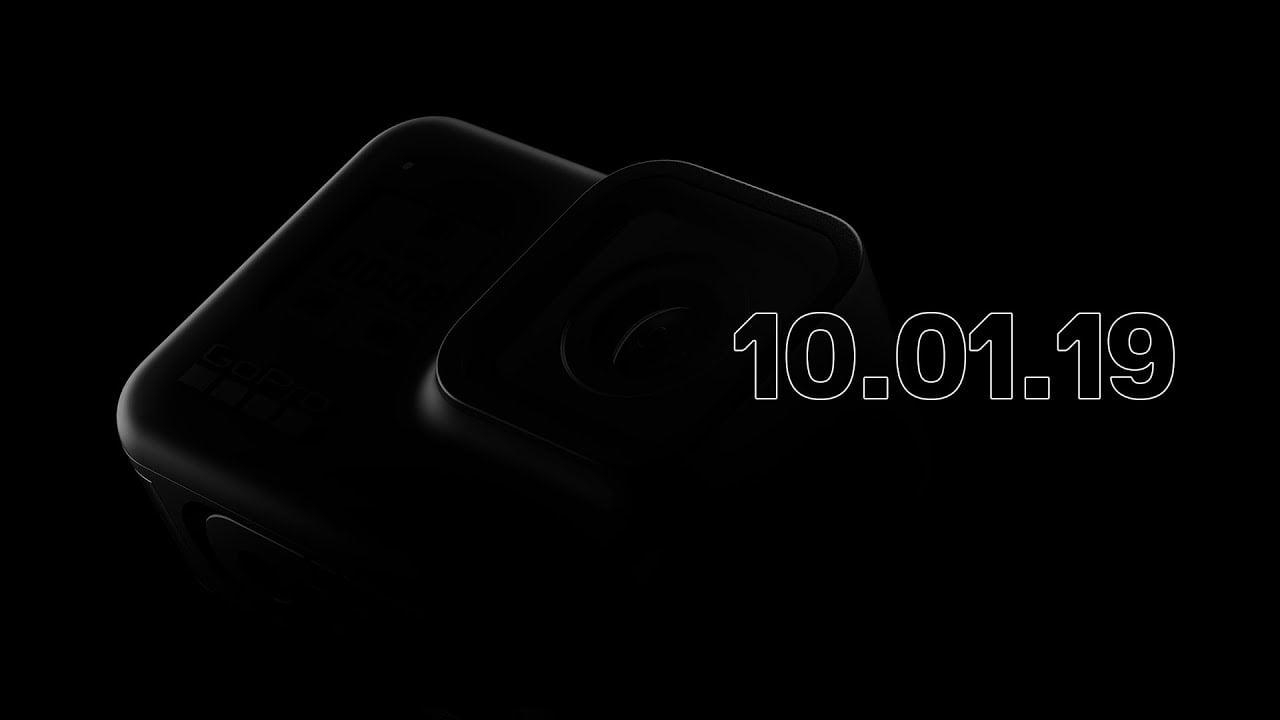 GoPro Hero 8 – Hope For The Future?

It’s worth mentioning here that there are still many problems with both the current GoPro Hero 7 and the DJI Osmo Action. Though the Osmo Action has brought a few crucial advancements to the market, DJI failed to fix longtime issues such as overheating, fish-eyeing, and mediocre overall image quality—though perhaps the brand’s partnership with Hasselblad could fix that in future iterations of the camera. That said, it’s taken GoPro many iterations to get to this point, while this is only DJI’s first attempt.

I fear that the GoPro Hero 8 will fail to introduce any substantial innovations that give users what they really want. Based on the positive feedback from Osmo Action users, it seems as though GoPro will change the camera’s coating to a more professional material rather than the rubberized coating used on the GoPro Hero 7. And speculating based on the Hero 8 leaks, it seems that, at long last, improvements have been made to the camera’s low-light and poor audio struggles. And a new “media module” may give users even more options.

But the question remains: even if GoPro does all of this and more, is it enough? Now that it has a very real competitor—and not just affordable knock-offs—to contend with, is it enough for GoPro to re-hash the same camera with small advancements and still expect to dominate, or will the company need to revolutionize its product to keep it enticing?

I guess what I’m really asking is: was the Osmo Action enough to inspire GoPro to new heights? And how will DJI respond when they release an Osmo Action 2? I guess we’ll find out this morning… one thing is for sure though, this battle can only be good for consumers.

About the author: Alex Foster is a Europe-based photographer and teacher who recently started sharing his musings and tutorials on all things camera-based. Check out his Medium for more.