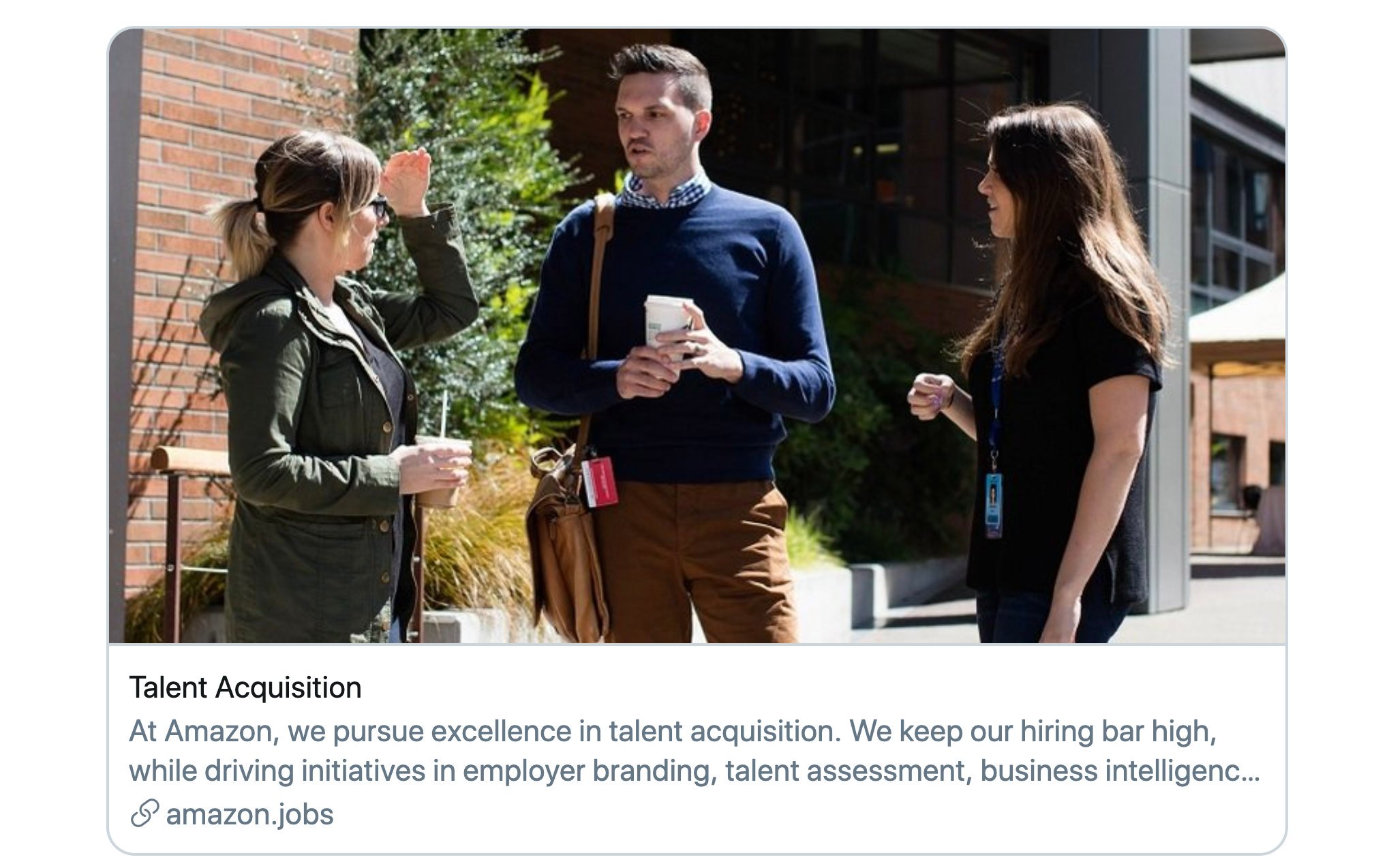 Years ago, VP of Technology at Edelman Jordan Guthmann interviewed for a job at Amazon, and had his picture taken while he was there. He didn’t end up getting the job… which is why it’s kind of funny that, until yesterday, Amazon was using a photo of him on their talent acquisition website. Oops…

Guthmann noticed the gaff two days ago, and posted about it on Twitter with appropriate good humor:

Years ago I went to Amazon for a job interview that I did NOT get but they were taking photos and the kind person taking photos asked me if she could snap my picture and I was like sure why not anywho that's why I'm on their jobs website today… https://t.co/ehhRvnYaC6

Since then, Amazon has replaced the photo with a new shot (file name “Dawson_updated”) but if you look up a cached version of the page, you can still find the original file “TA_-_Image” in the source code. Gotta give Amazon credit for fixing the mistake quickly, but the flub has already prompted a slew of tongue-in-cheek replies to Guthmann’s tweet, which has already garnered some 1.4K likes and over 100 retweets:

"At Amazon, we pursue excellence in talent acquisition. Which is why we passed on this dude."

None of amazons pics look like the product so why should pics of “employees” be different?

"We value inclusivity at Amazon Recruitment, which is why we include unsuccessful candidates in our marketing materials." [tags you in post]

I was going to say “they’ll replace you with a robot soon enough”, but when I went to the website, it turned out you’d already lost your unjob to someone more qualified. Sorry, dude.

Kudos to the elaborate, long-con trolling of whoever did this.

Of course, not everybody joked around about it. Several people asked Guthmann if he ever signed a model release, questioning if Amazon’s use of his photo was even legal. We reached out to him as well, and he told us he couldn’t actually remember as the interview was 3+ years ago, but he holds no ill-will towards the photographer or Amazon.

In the end, for Guthmann, it’s just a funny coincidence that gave him a chuckle. Too bad he already lost his “non-job” to another “model.” Hopefully this one signed a release… or at least got the job.