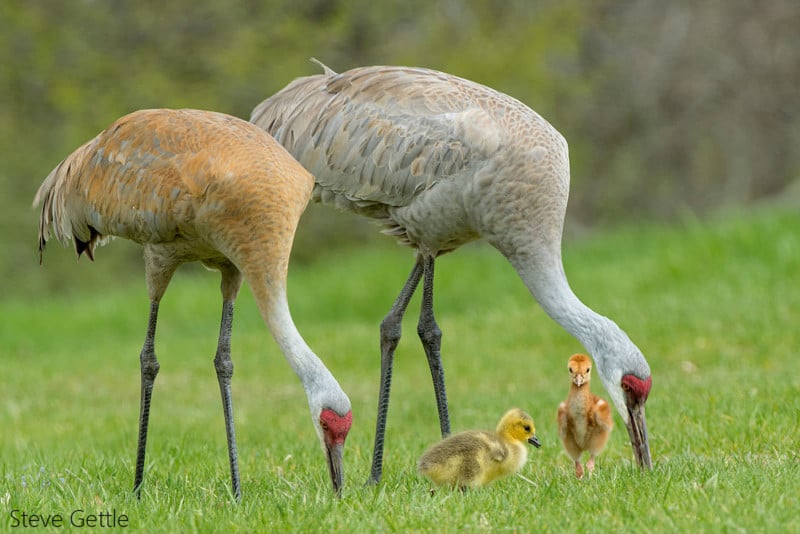 This spring, here in Michigan, something quite unexpected happened. It started out as it always does in early April, with the sandhill cranes preparing their nest. A week later, they laid their first egg and then a second egg appeared. The devoted parents incubated both eggs and in early May the first egg hatched. This is where the unexpected turn occurred. 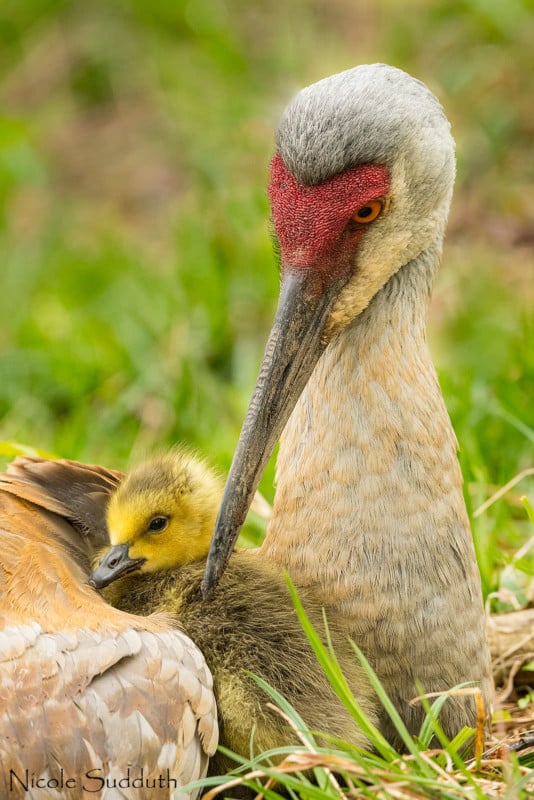 Much to everyone’s surprise, this first chick was the gosling of a Canada goose! The parents adopted this gosling and cared for it as if it were their own. 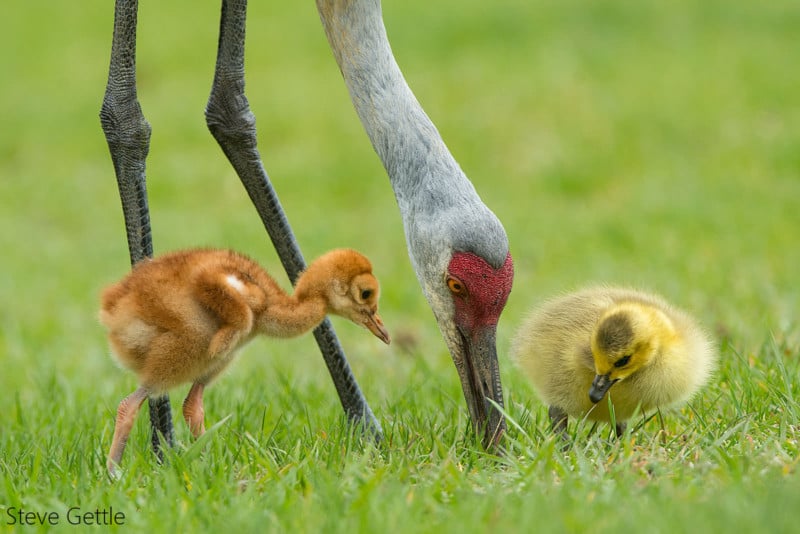 A few days later, the sandhill crane colt hatched. Under the watchful eyes of the adult cranes, the two chicks bonded and developed further with the adults teaching both chicks how to find worms and other typical crane food. 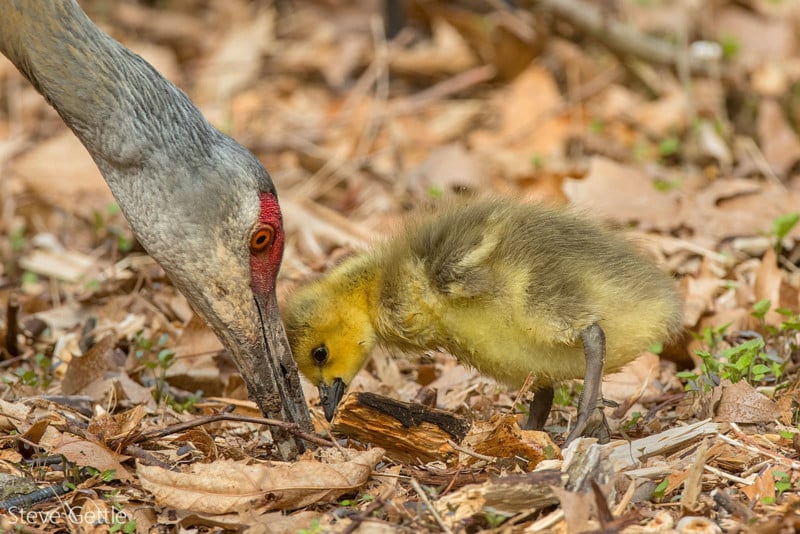 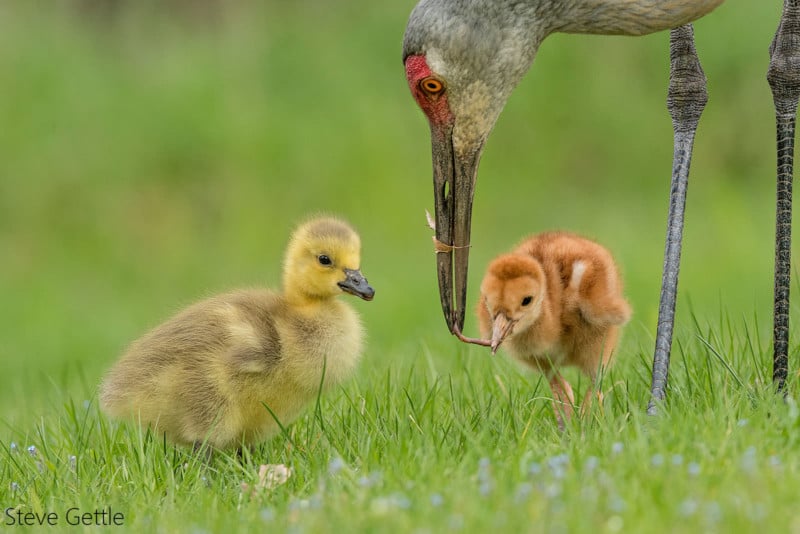 The sandhill crane colt shows the Gosling how it’s done. 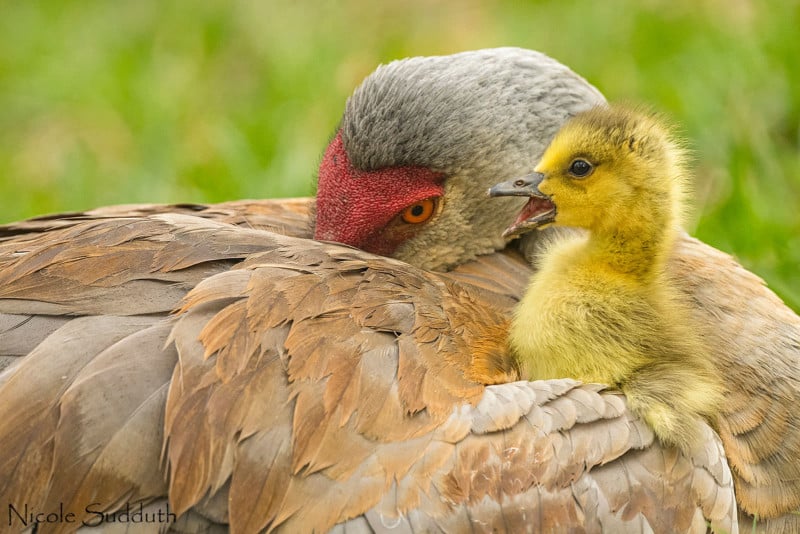 The baby goose and mother have a long talk about things. 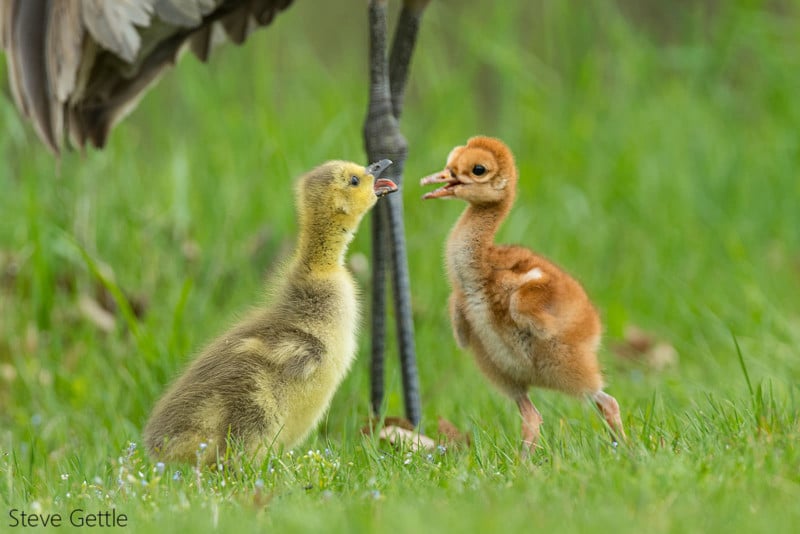 He also had a discussion with his brother about the situation. 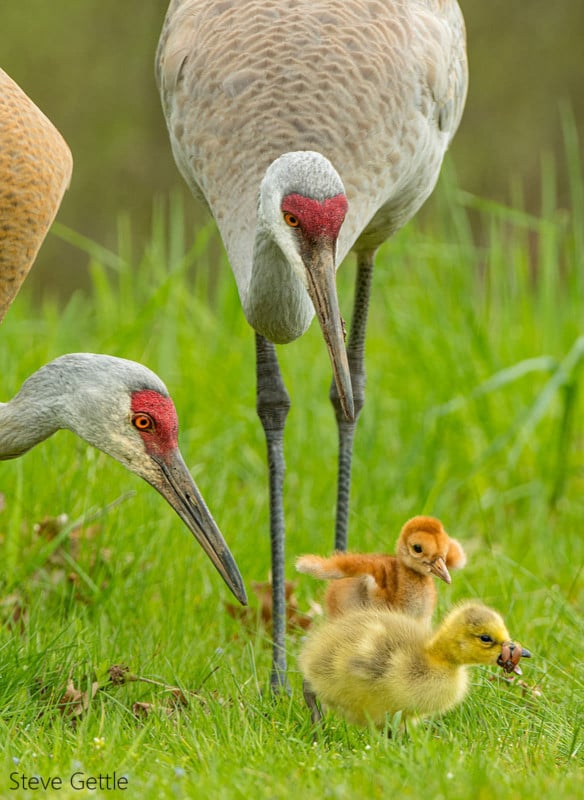 But in the end, the little guy caught on pretty well! Everyone was so proud!

It is now Mid-June and we are happy to report that the entire family is doing very well.

Losing My Photography Mojo and Finding It Again