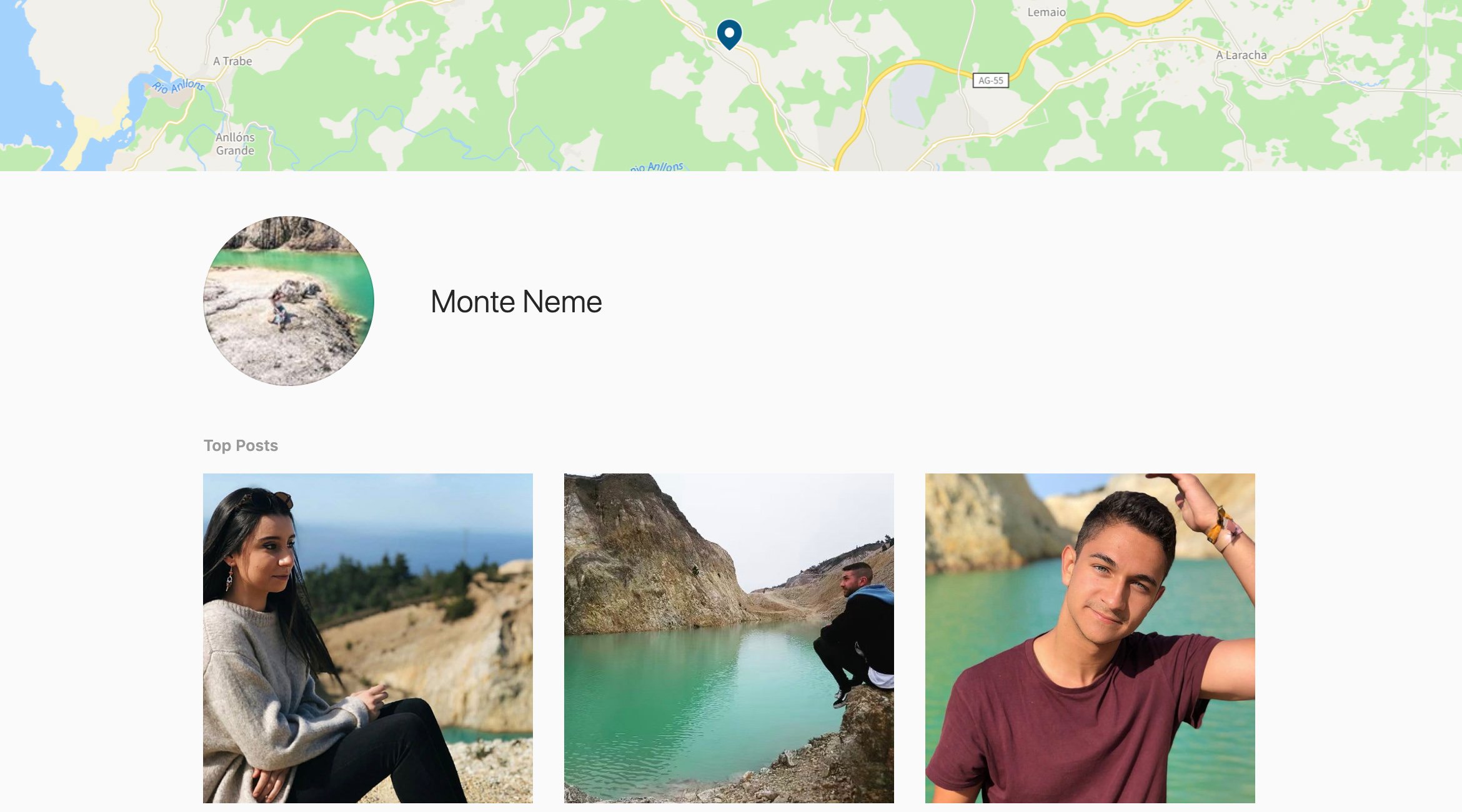 It’s been less than two weeks since we reported on the toxic lake in Siberia that has become a popular photo location for Instagrammers. Now, another bright turquoise lake, this time in Spain, is attracting would-be influencers. Except this one is so toxic it’s actually making people very sick.

This particular lake is called Monte Neme, and it’s actually an abandoned quarry connected to a Tungsten mine that was used during World War II. And like the so-called “Maldives of Novosibirsk” in Siberia, the pretty blue hue of the water is caused by chemical contamination.

According to a report by Spanish news outlet Publico, several Instagrammers have gotten very sick after wading into the bright green-blue waters to capture the perfect photo. “More than one has had to be hospitalized for damage to the skin and digestive system after swallowing its turquoise waters,” reports Publico. Another told the outlet they threw up and suffered from a rash for two weeks.

After the report was published, many reacted by posting humorous Photoshop creations and warnings to the Instagram location tag, but the latest posts are back to brooding selfies. Fortunately, none of the latest images show anybody actually bathing in the water, but it’s only a matter of time before these reports fade out of public consciousness and people start wading in once more.

Or maybe people won’t even wait. As one influencer told Publico, the allergic reaction and two-week-long rash was “a little bad, yes, but the picture was worth it.”

Photographers, Instagrammers: Stop Being So D*mn Selfish and Disrespectful