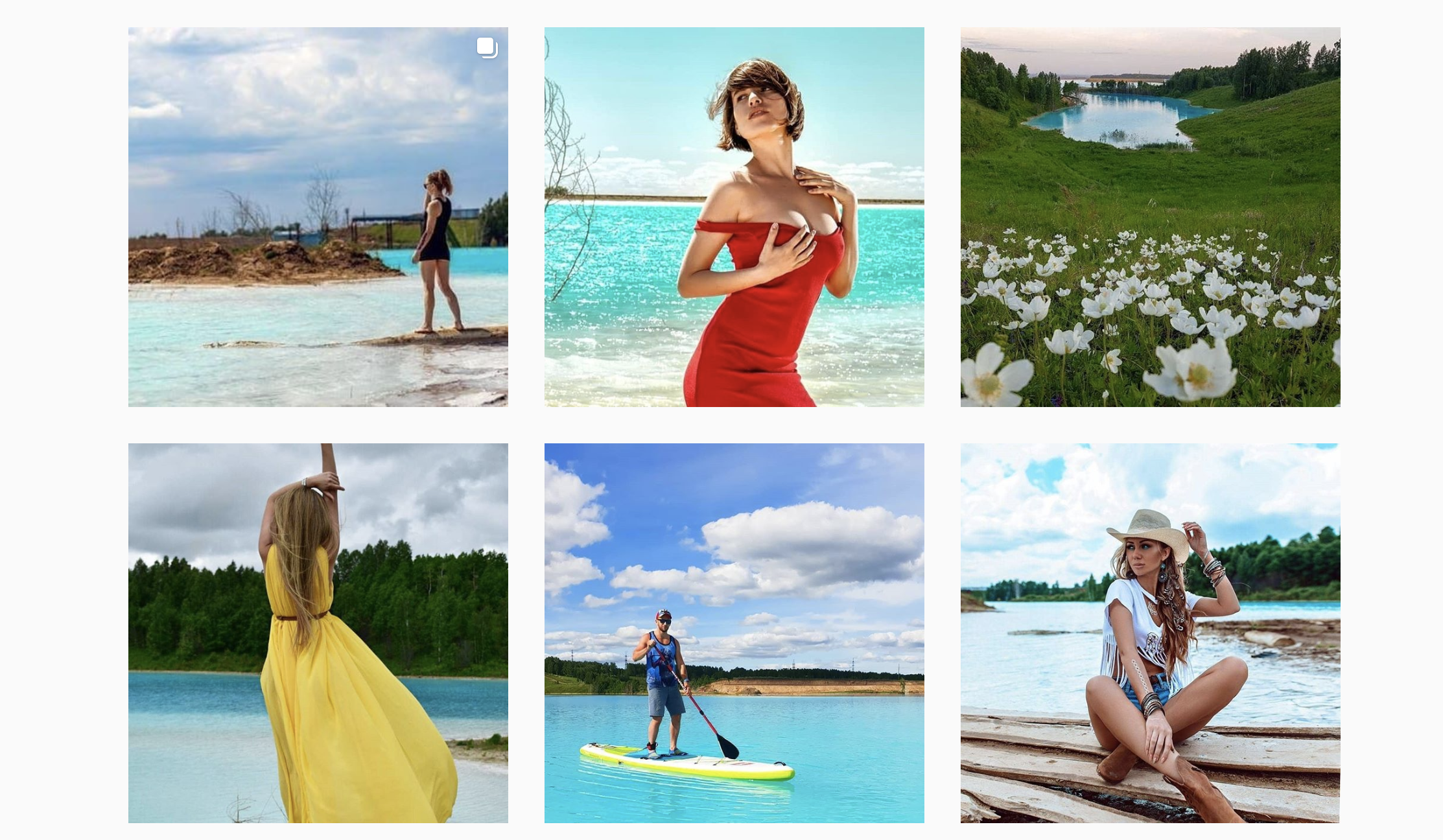 It’s a popular question: how far would you go for a beautiful picture? For a number of Instagrammers, it seems the answer is: I would paddle out onto a beautiful Siberian lake that’s actually a chemical waste dump for the nearby power plant.

What sounds like a joke is, in fact, very real. According to a report in The New York Times, a beautifully turquoise bit of water near the town of Novosibirsk has attracted hundreds of people intent on posing in front of what has recently been dubbed the “Maldives of Novosibirsk.” But what looks like a pristine lake with impossibly blue water is actually a man-made ash dump for Heating and Electrical Station Number 5, a power plant owned by Siberian Generating Company.

The blue hue is the result of calcium salts and metal oxides that are dumped into the water. These things don’t make the lake radioactive or poisonous, but they do make the water alkaline, with a pH over 8, and could cause skin irritation and allergic reactions.

The site has become so popular that Siberian Generating Company was forced to post a statement on Russian social media network VK, warning visitors (read: trespassers) to take caution during their photo shoots. Not only is the water alkaline and potentially hazardous, the statement points out that “the bottom of the ash dump is muddy” and “getting out of the reservoir alone is almost impossible.”

“We strongly ask that while hunting for selfies you don’t fall in the ash dump!” reads the Times’ translation of an ALL CAPS warning.

And yet, photos continue to be tagged at the location. Photos featuring everything from newlyweds, to bikini-clad models, to paddle-boarders, to yoga practitioners, to at least one guy on a unicorn pool float who claimed his legs “turned slightly red and itched for two days” after his photo shoot.

Of course, there’s no standard answer to the question: How far would you go to take a beautiful picture. But when a power plant has to remind you that swimming in their chemical waste dump is “not allowed” and “hazardous,” you can pretty much bet you’ve gone too far.

How to Avoid Losing Your Photography Gear: Here are 10 Tips