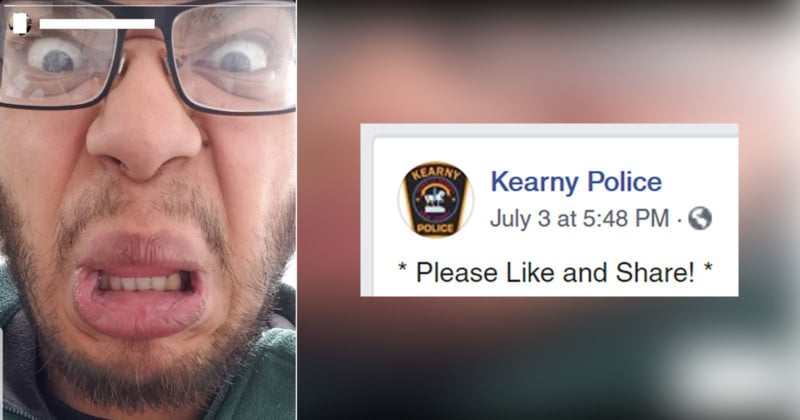 Here’s a bizarre story out of New Jersey: a man reportedly stole an iPhone and then proceeded to shoot a grotesque close-up selfie of himself to share on his victim’s Instagram account. Police are now widely distributing the strange selfie in hopes of identifying the man.

A man reported to the Kearny Police Department in Kearny, New Jersey on May 16th that his iPhone had been stolen. Shortly afterward, the victim’s followers on Instagram were greeted with a story featuring the thief’s face.

The whack photo is what law enforcement is now using to hunt down the suspect, much to everyone’s amusement.

The photo is being aired on local news stations as well (with anchors doing their best to keep a straight face):

So in addition to the iPhone, this guy also succeeded in getting his strange 15 minutes of fame.

The Truth About Photography Gear: 9 Things You Need to Know