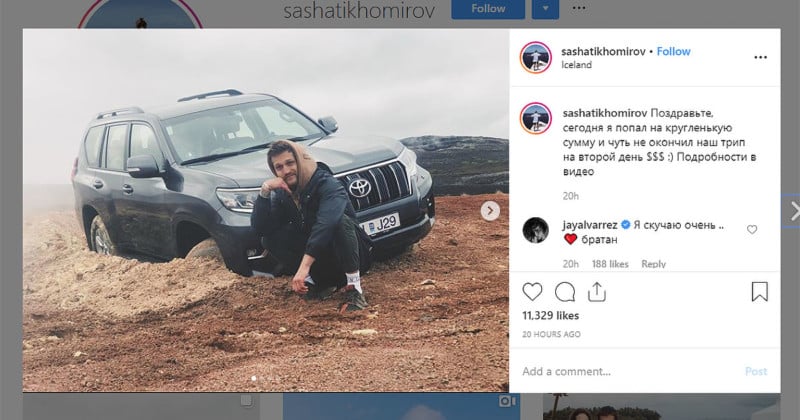 Instagram photographer and influencer Alexander Tikhomirov has sparked outrage after posting a smug photo of himself next to a car he got stuck in a protected geothermal area of Iceland.

The Reykjavík Grapevine reports that Tikhomirov had decided to do some offroading in the protected area of Mývatn before his vehicle became stuck in soft soil.

The man then took to Instagram to brag to his roughly 320,000 followers that he had been hit with a heavy fine for the stunt:

Off-roading is illegal in Iceland unless you’re driving on a clearly marked trail, as plowing a car through the landscape can damage the delicate and picturesque areas that people around the world go to see. Drivers caught driving offroad face thousands of dollars in fines.

Northeast Iceland police have confirmed on social media that they towed Tikhomirov out of the geothermal area and slapped him with a hefty fine.

Police photos show the deep tracks left by Tikhomirov in the ground. 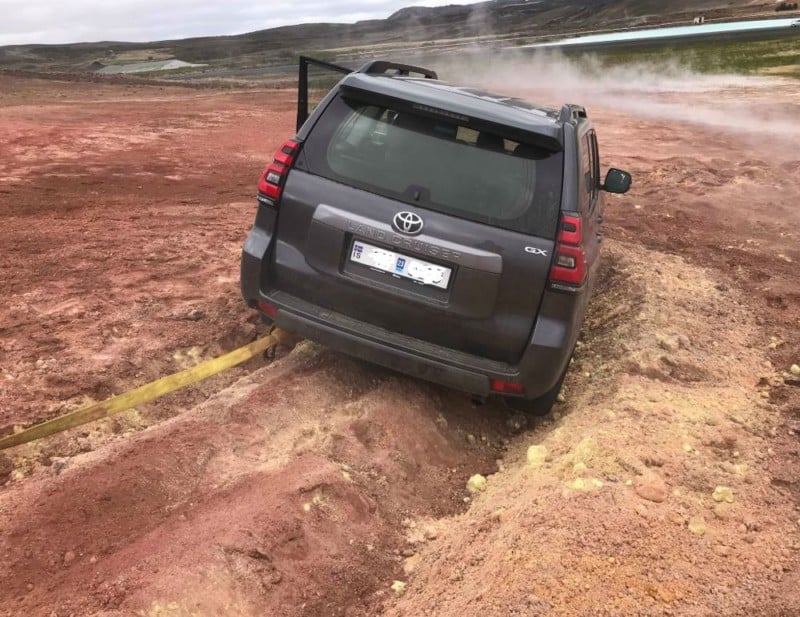 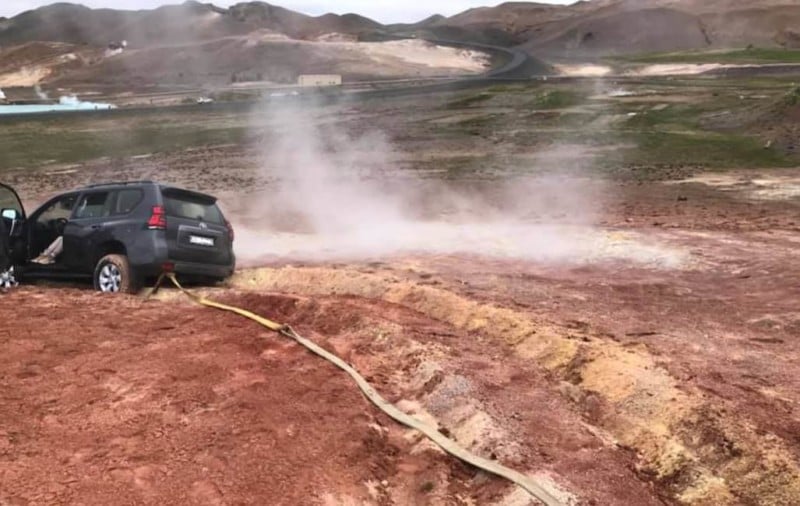 “[Off-road driving] can do extensive damage to the country’s fragile topsoil, and the cost and labor of repairing the damage almost invariably fall upon the locals,” The Reykjavík Grapevine writes. “Despite an extensive information campaign warning tourists to stay on marked roads, it continues to be a widespread problem in Iceland.”

Update on 6/5/19: After sparking widespread outrage and condemnation, Tikhomirov has posted the following explanation to his Instagram, saying that no one told him that driving off-road was illegal (via The Reykjavík Grapevine): 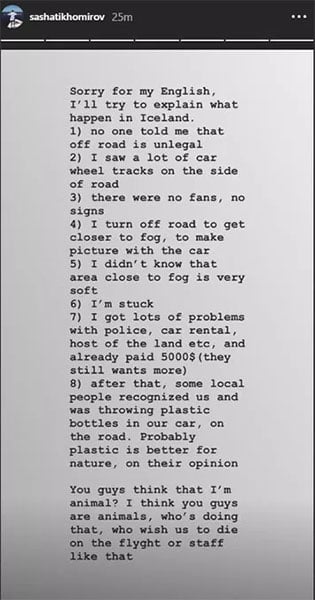