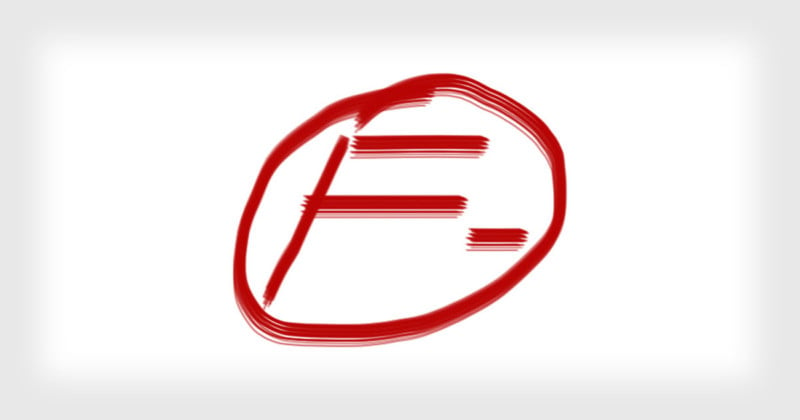 Being a professional photographer doesn’t always mean being a great artist. Regardless, your reputation for getting s**t done does matter and that reputation is everything.

With that in mind, one difference between a working photographer and many nonworking photographers is the ability to get the shot under pressure. Most importantly a professional needs to “know” that they will get the shot. You can never “hope” that you will. This is what our reputation rests on. If a hobbyist doesn’t get the shot it can be disappointing but it will never be a career-ending disaster. They can always come back and try again when they have the time or inclination.

Nothing Was Working As It Should

This is the story of one instance where nothing was working as it should. First off, the amount of time I had to get the shot was short. From start to finish, including setting it up, I had less than one minute. I’ve actually learned this from looking back at time stamps on my photos. In the end, I wound up having only forty-one seconds from start to finish to land my hero shot. Now that’s what I call a damn mini session!

Anyway, for the last 9 years, part of what I do is shoot campaign advertising for US Congressmen, Senators, and other politicians. In February of 2016, I was shooting a commercial for Lloyd Smucker. At the time he was running for a seat in the 115th United States Congress to represent Pennsylvania’s 16th Congressional district. This is where our story starts.

The Day Didn’t Start Off Bad

The day didn’t start off bad. I can say for certain that Lloyd was the bomb! He was amazingly photogenic and working with him was easy as pie. It’s almost as if the photos just made themselves. I firmly believe that the most important aspect of getting a great photo is when your subject is relaxed. Well, Lloyd was relaxed if nothing else. Where many people would rather have a shotgun wound to the head than have a photo snapped of them, Lloyd didn’t seem to mind. In fact, it was more like he could have cared less if I was there or not. Now, I don’t mean this in a bad way but a good way. I wish everyone that I photographed was as nonchalant about the process as he was. Part of any good political campaign photography is that it’s real. Not only does it need to be real, but it also has to look real. This stuff can’t be staged. This is where Congressman Smucker excelled. He did his thing, I snapped a few photos and it was magic! 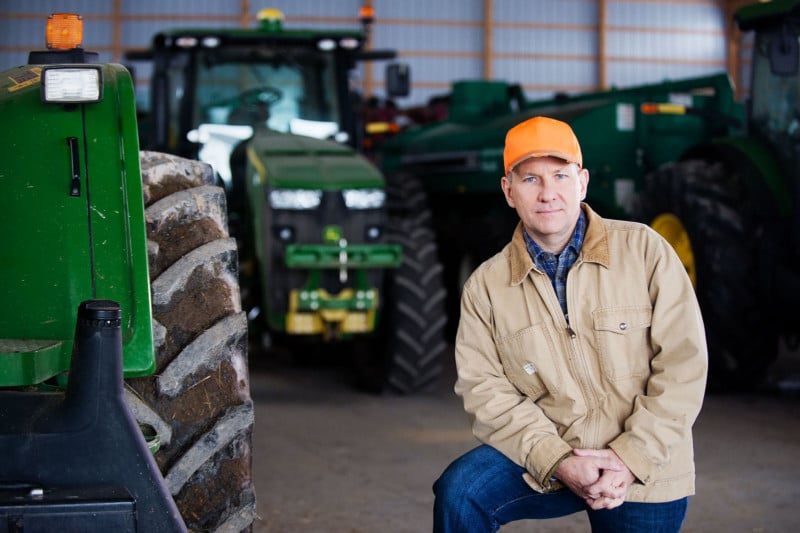 Even so, we worked a pretty grueling pace that chilly February day. In total, we shot for 8 hours at 7 different locations and 18 different sets. Frame after frame, shot after shot Lloyd was a trooper. 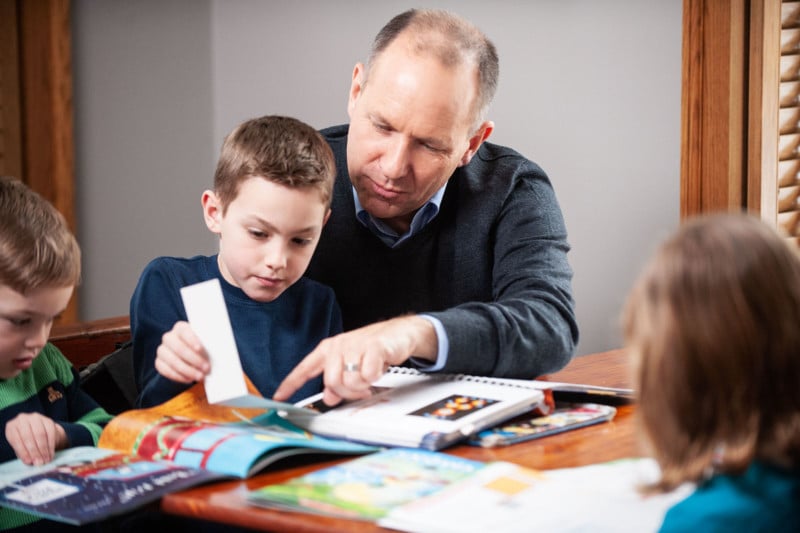 Then came the nightmare. It was time for the “hero shot” and this is where I felt my reputation slipping through the cracks. Abject self-loathing and the prospect of no more gainful employment was looming over me like a dark cloud. Nothing was working as it should and this all-important photograph was going to be an epic fail!

Of the many locations we shot that day one of them was a steel plant. While we were there, we didn’t stage many scenes or ask for special treatment but when one of the steelworkers started cutting an I-beam, everyone knew that the sparks flying off of it would be perfect for the background of an industrial shot. The first cut had already been made and there was only one more left to make. It was decided that we should shoot the “hero shot” in front of it as it was being cut. There’s just something about fire flying through the air that brings out the pyro in all of us! This was going to be the shot that rocked!

With that in mind, we set Lloyd in front of the scene. The video crew had already done their thing so the grip, lighting guy, was still holding one simple incandescent light on our subject more for effect than anything else. As the steelworker was getting ready to finish his second and last cut I didn’t have time to arrange for fancy lighting. The grip crew had their truck parked good 100 or more yards away in another part of the plant so that option was off the table. We had to work fast and use what we already had on hand. As torch started cutting through the I-beam and sparks started to fly I guessed my exposure and snapped a test shot.

My Exposure Was Way Off!

My guess was way off and the cut was in progress! Lloyd looked great but there was way too much light from too many spectrums. The overhead lighting from the fluorescent lights produced a nasty, unflattering green cast with little or no contrast. The large windows in the background were blowing my highlights and overexposing the entire background. My shutter speed was to slow and rather than capturing cool sparks flying from the torch all I got was a white mess behind my subject. On the inside, my heart sank, but on the outside, I remained cool and composed.

God, I hate chimping each and every frame I shoot but this time there was no choice. I had to see the results I was getting and make quick corrections to compensate for them. There simply was no time to even walk over and take a reading with a light meter! I had to shoot.

The background is starting to look a bit better but Lloyd was in the dark. He was little more than a silhouette and the sparks behind him were still overexposed and nothing more than a hot mess. This was not going end well! I had a sinking feeling deep in my stomach. Even so, I remained cool as an ice cube on the outside, but only on the outside.

I Had To Capture the Sparks

Having a dark and underexposed foreground and subject or not I had to shoot a fast-enough shutter speed to capture the sparks and freeze them. I wanted them to appear as balls of fire flying through the air. With that in mind, I bumped my shutter speed up to 1/320. This would certainly make my subject even darker but it should freeze some of the sparks behind him.

If I could capture the sparks then I could correct the image in post. So much for that “getting it right in the camera” garbage we all like to talk about but there was no other choice. It would have been fine for journalism or even an editorial photo where we do what we need to do. Getting the shot is the most important thing. Of course we want great photos, but in editorial, it’s often better to get the shot, any shot, than nothing at all and technical precision isn’t always so important. The difference was that this was not editorial. This was an advertising campaign and precision is everything.

Pretend This is the Damn Marine Corps!

Super fun thoughts were rushing through my head. Stuff like, “It’s been a great ride but my days of shooting political candidates were over. Word would go out and no one would hire a has-been loser that can’t grab a simple photo when the pressure is on.”

I snapped my shot and PRESTO! It worked!

The photo was dark but I could work with it. Sadly, the ever-relaxed Lloyd, for which I was so thankful all day, just didn’t work for this photograph. He looked more like he was kicking back on the block having a grand old time. I didn’t need a friendly, happy subject. I wanted a badass!

Dude! Pretend this is the damn Marine Corps! Tick tock. One more frame. I needed just one more frame but the last cut is almost finished. I told Lloyd, “Dude! Pretend this is the damn Marine Corps! Drill a hole down through the center of my lens with your eyes. I want you to be the most hateful son of a b**ch that ever lived!” It had to work. If it didn’t the whole set would be a bust and the campaign needed this shot. I needed this shot!

Thirty-Eight Seconds into the Shoot

Thirty-eight seconds into the shoot, I snapped my last frame. It was dark as hell, the tonal curve was flat with nearly no contrast, and the color was s**t because of the mixing of four different colored light sources. Even so, the sparks from the torch were in the frame the way I wanted them. Three seconds later and the cut was finished. There would be no more chances to get it right but with a bit of Photoshop magic things could still work out.

My Reputation Was Saved

In the end, Lloyd never did look like, “The most hateful son of a b**ch that ever lived.” Perhaps it’s just not in him. I can’t say but he did look stern enough for the shot to work. My clients loved the final shot and my reputation was saved. In fact, as the photos started being passed around the political circle I was quickly picked up for two more gigs. Both were special request looking for me by name. One for another Congressional run and the other for a Senatorial campaign.

Sadly, even now, I’m still not satisfied with the contrast and color of the image. Though Photoshop is a fantastic tool it’s not a silver bullet that will fix everything. Junk in still results in junk out but I am happy with the overall result and more importantly, I get to keep on working!

About the author: Barry Kidd is a corporate, commercial, and political photographer based in York, Pennsylvania. The opinions expressed in this article are solely those of the author. Kidd specializes in political photography shooting campaign advertisements and public relations to the candidates. He also shoots corporate and commercial photography. You can find more of his work on his website, Facebook, and Instagram. This article was also published here.

LIT Flash is an Off-Camera Xenon Flash for Smartphone Photographers