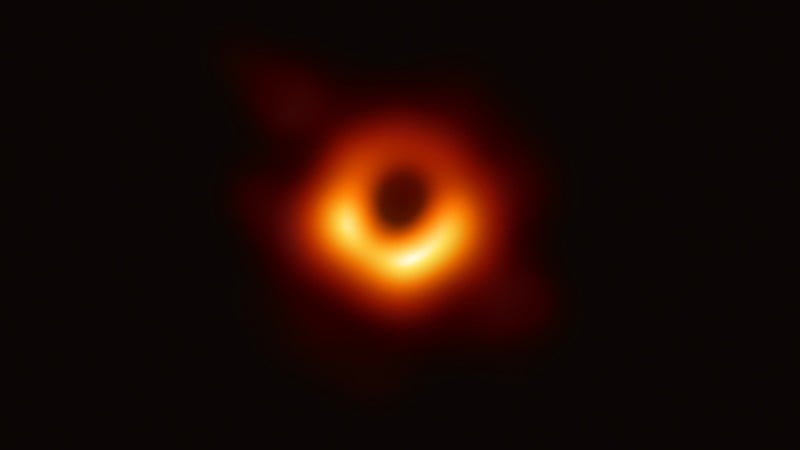 I’ve read The Onion headlines and McSweeney’s pieces that have knocked me off my chair. I can still remember staying up late during high school to watch Saturday Night Live sketches like “Change Bank,” or Dave Chapelle’s Killing Me Softly on HBO. I’m a person who can appreciate good humor and satire. 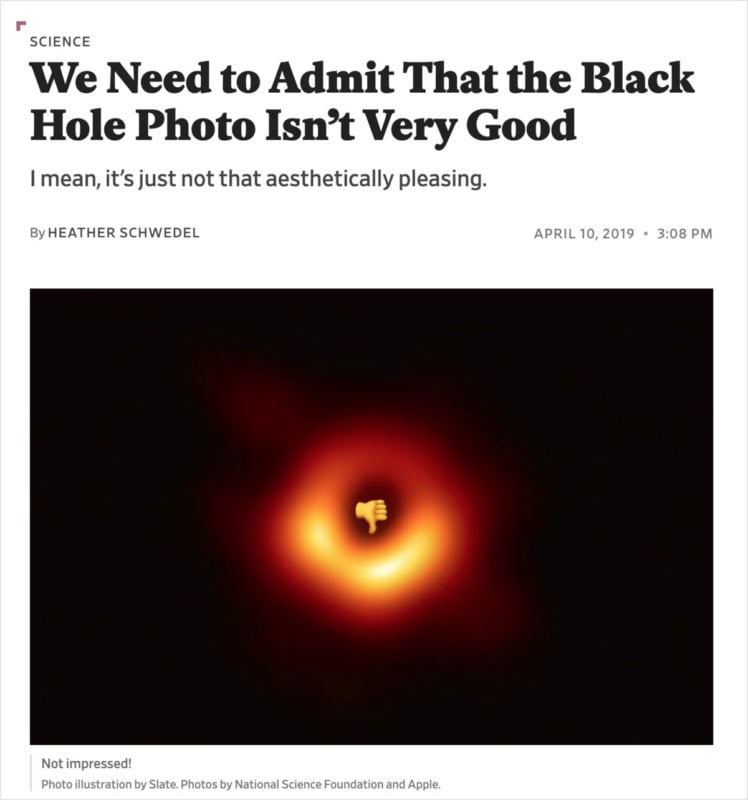 Slate staff writer Heather Schwedel’s attempted to make light of a multi-year research project to image a black hole that involved a consortium of over 200 scientists across the globe.

In doing so, Einstein’s 100-year-old General Theory of Relativity was proven (again), even though Einstein could hardly believe the implications of his own theory.

Also not lost on many people was the incredible contributions of Dr. Katie Bouman, who led a team that developed the algorithm for crunching through the five petabytes of data that were required to create this computational photo. Women in STEM have a hard enough time already without having their accomplishments turned into a punchline.

Haroun’s photo might appear unremarkable. It’s not perfectly framed nor particularly sharp. But it’s an incredible moment rife with symbolism as interfaith educator Hind Makki explained in a Tweet thread:

I've been seeing this pic on my #Sudan_Uprising TLs today and it's amazing. Let me tell you why. pic.twitter.com/Gt6Otvj0Al

She's wearing a white tobe (outer garment) and gold moon earrings. The white tobe is worn by working women in offices and can be linked w/cotton (a major export of Sudan), so it represents women working as professionals in cities or in the agricultural sector in rural areas.

Her earrings are the gold moons of traditional bridal jewelry (Sudanese, like many Arabic speakers, often use moon-based metaphors to describe feminine beauty)

Her entire outfit is also a callback to the clothing worn by our mothers & grandmothers in the 60s, 70s, & 80s who dressed like this during while they marched the streets demonstrating against previous military dictatorships.

Sudanese everywhere are referring to female protestors as "Kandaka," which is the title given to the Nubian queens of ancient Sudan whose gift to their descendents is a legacy of empowered women who fight hard for their country and their rights. ✊🏾

Al-Bashir was ousted from power three days after Haroun posted the image.

As with the black hole image, the context and meaning of the image are significantly more important than the layout of pixels within a grid. The New Republic’s Matt Ford put it succinctly: “This level of cynicism is better understood as ignorance. The image itself might indeed seem unimpressive. But judging it as you would any other digital photograph, shorn of all context and understanding, would be shortsighted.”

No image should be exempt from criticism – including both its appearance and how it was captured. But Schwedel’s piece is nothing more than snark – a cynical and unfunny reaction to an incredible achievement of computational imaging.

Creating Your Own Assignments in Street Photography