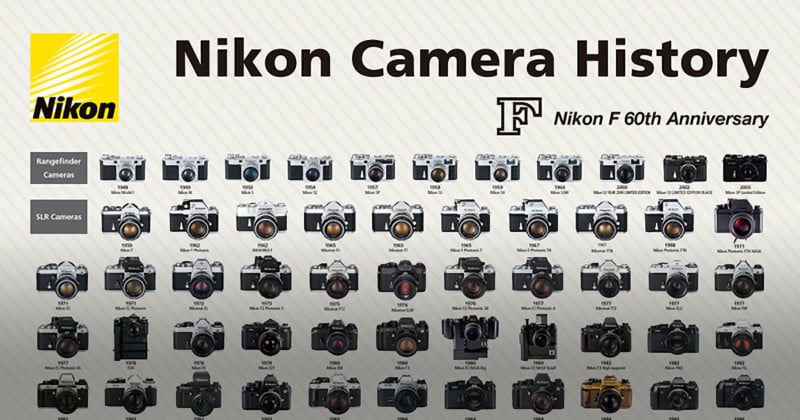 Nikon introduced the Nikon F SLR back in April of 1959, so this year is the 60th anniversary of the popular camera system. To celebrate, the Nikon Museum in Tokyo created a poster with a timeline of F-mount bodies. 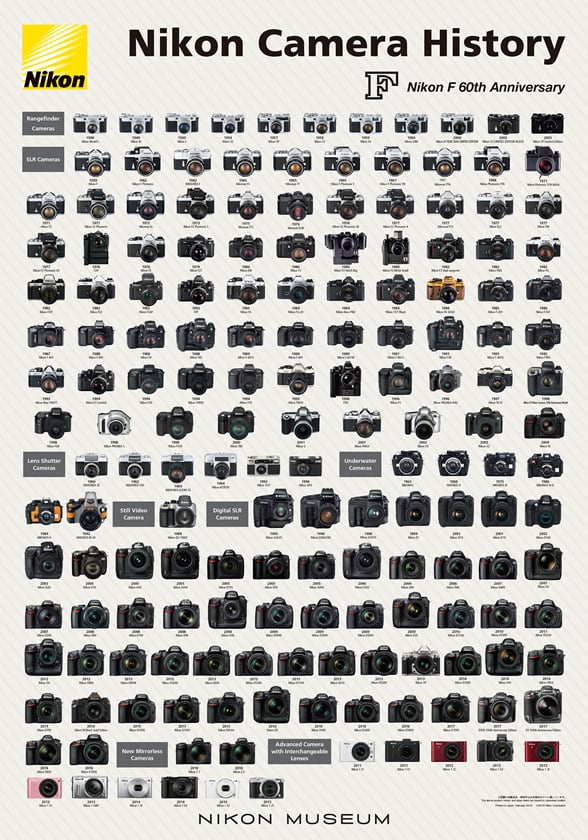 Unfortunately for photographers who don’t live in the Tokyo area, there may not currently be a simple way to order this poster and have it delivered, so your best bet may be to try and snag one later on from a reseller.

P.S. Here’s a bit of interesting trivia: did you know that the Nikon F was named after the ‘f’ in “reflex”? Single-lens reflex (SLR) cameras of the time often included the letter R for “reflex”, but since the letter R is tricky to pronounce in many non-English-speaking areas of the world, Nikon decided to go with the letter F instead “since the letter F is pronounced almost the same.”

(via Nikon Museum via Nikon Rumors)

Godox to Retailers: We Did NOT Steal Profoto’s Designs