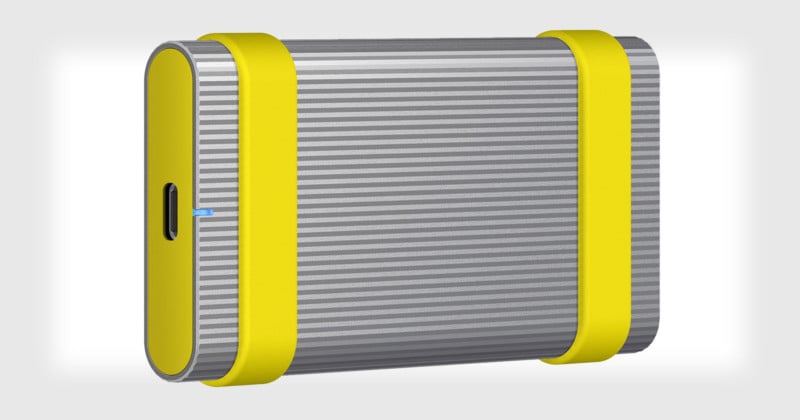 As with Sony’s upcoming Tough line of CFexpress memory cards, the new external drives are protected against many different hazards. They’re dustproof, waterproof (IP67 ), impact proof (from drops up to 9 feet), and crushproof (pressure of up to 6000kgf and bending of up to 2000kgf).

The USB Type-C port on the drives are waterproof even without a sealing cap, and the drives can be safely dropped in up to 3 feet of water. “These ultra-fast speeds make professional workflow more efficient, whether you want to process high-resolution photos or 4K videos, duplicate original files to another device or edit a lot of images at once,” Sony says.

The drives all feature one-piece aluminum bodies with a wave surface for grip and omnidirectional shockproof protection. The silver and yellow design helps make the drives easy to spot among other things.

Sony’s SL-M series and SL-C series drives will be available in 500GB, 1TB, and 2TB capacities starting in the summer of 2019. Pricing has yet to be announced.

Yashica is Launching Its Own 35mm Film, Photographers Groan

How to Photograph Flowers Splashing in Milk with an Infrared Laser