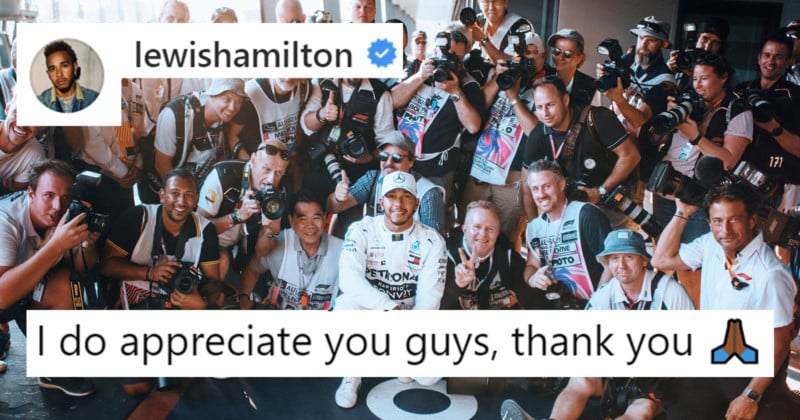 Here’s a neat gesture from one of the world’s greatest athletes. British Formula One racing driver Lewis Hamilton, widely considered one of the best F1 drivers ever, took a moment this weekend to pose with Formula One photographers to thank them for their work.

After qualifying for the 2019 Australian Grand Prix at the Melbourne Grand Prix Circuit, Hamilton gathered together all the photographers who have been documenting his races over his career for a group photo. He then shared the photo to social media with a message thanking them for their work.

“I took this picture after qualifying with all the photographers that have photographed me for the last 12 years,” Hamilton writes. “I just wanted to take this moment with them as life is precious and can sometimes fly by.

“I know I’m not always easy to work with photo wise but I do appreciate you guys, thank you”

These Polaroid Sneakers Are Inspired by Classic Instant Cameras