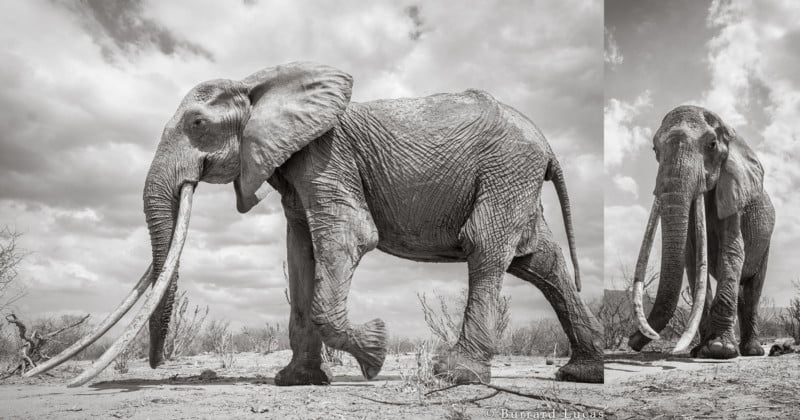 F_MU1 was an incredible elephant. For more than 60 years, she lived a peaceful life in a quiet corner of Tsavo in Kenya. When I first saw her I was awestruck, for she had the most amazing tusks I had ever seen. If I hadn’t looked upon her with my own eyes, I might not have believed that such an elephant could exist in our world. If there were a Queen of Elephants, it would surely have been her.

These are among the last images captured of her. Shortly after they were taken, she died of natural causes. She had survived through periods of terrible poaching and it was a victory that her life was not ended prematurely by a snare, bullet, or poisoned arrow.

F_MU1 was an elephant that few people outside Tsavo knew about. Photographing her, in partnership with Tsavo Trust and Kenya Wildlife Service, was one of the greatest honours of my career. What follows is the story of how I came to capture these images… 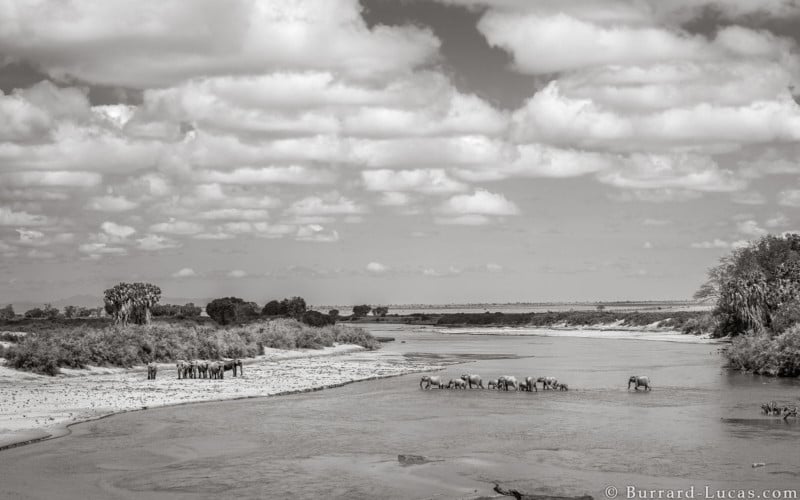 It was August 2017 and I was embarking on a project that would keep me occupied for the best part of two years. I had partnered with Tsavo Trust to produce a new coffee table photography book focusing on their work and the elephants of Tsavo.

Shortly after arriving in Kenya, I found myself in a Land Rover with Kyalo, Katana, and Christine, from Tsavo Trust’s “Tembo 2” research team. The old vehicle was rattling along a narrow dirt track flanked by thick bush. Circling overhead was Richard Moller, founder of Tsavo Trust, in a small spotter plane. He was on the radio guiding us towards an extraordinary cow elephant known to Tsavo Trust by the code F_MU1. 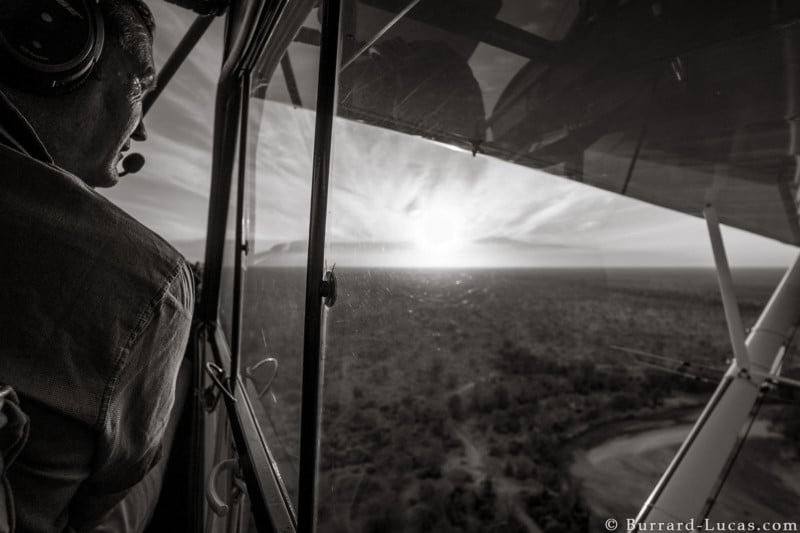 We had been looking for this elephant for several days, but finding her in a vast wilderness the size of Switzerland had proven difficult. Now Richard had spotted her from the air and we were converging on her position. I had a feeling of great excitement mixed with anxiety that she may yet evade us in the thick vegetation.

Kyalo swung the Land Rover off the dirt track towards the circling aircraft and started weaving left and right as he sought an unobstructed path through the bush. We eventually emerged out into a dusty clearing and Richard’s voice came through on the radio, “She’s heading your way, you should be able to see her”.

Over the bushes I caught a glimpse of an elephant’s back and seconds later she stepped out into the open. I was speechless.

F_MU1 was skinny and old but she strode forward with stately grace. Her tusks were so long that they scraped the ground in front of her. She was like a relic from a bygone era. 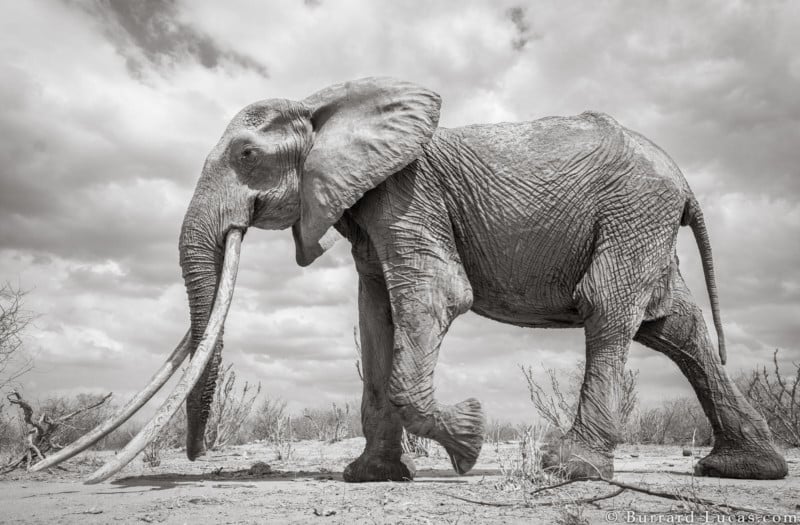 We stayed with her for the rest of the morning and she led us to a waterhole. It was the height of a grueling dry season and many elephants had gathered to delight in the cool water. Some would have trekked so far in search of food that it may have been two or three days since they last drank.

F_MU1 patiently waited her turn at the water. The terrain was flat and open – a perfect opportunity for me to deploy BeetleCam. With this, I aimed to get ground-level images showing her amazing tusks stretching down towards the camera.

I gradually edged BeetleCam into position in front of her and she contemplated it benignly. I looked down at the live view on my wireless monitor and had to pinch myself – I could scarcely believe that this photograph was about to materialize! It was a feeling of privilege and euphoria that will stay with me forever. 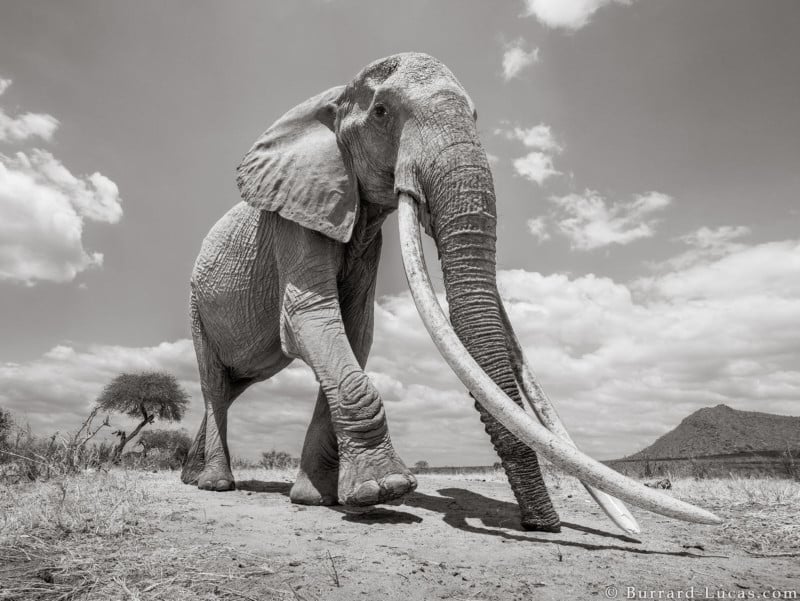 With the Tembo 2 team to guide me, I managed to photograph F_MU1 several more times. She always proved to be the most exceptional subject. Her temperament was gentle and calm. Sometimes she would come so close to me that I could have touched her.

One day, we were checking another waterhole and came across her while she was drinking. I managed to maneuver BeetleCam around in front of her before she moved off and captured the image below. As I looked at the live view, she reminded me of a mammoth! 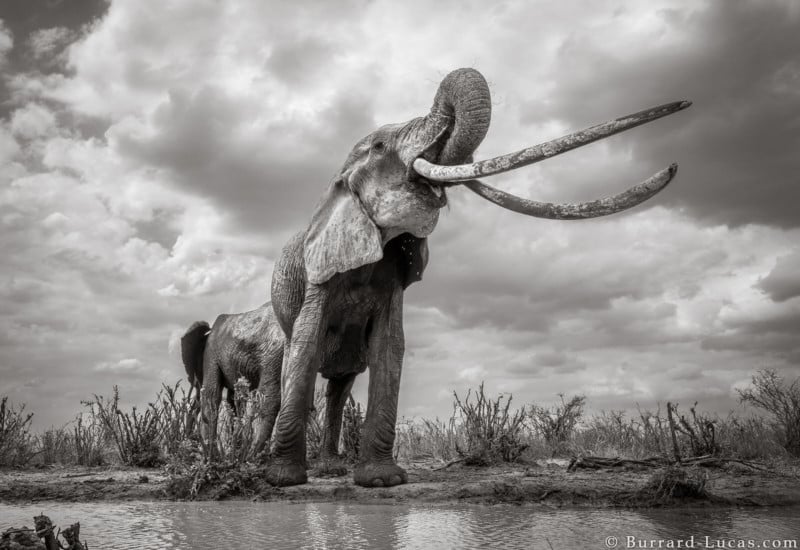 The ongoing drought was making life very hard for the elephants – particularly the youngsters and the very old. It was almost certainly a contributing factor in F_MU1’s death a few weeks later. There was little for the elephants to eat except the branches of thorny acacia trees. One afternoon we watched as F_MU1 pulled a large branch down and spent the next hour or so eating every last scrap. I was again able to deploy BeetleCam to capture some unusual perspectives. 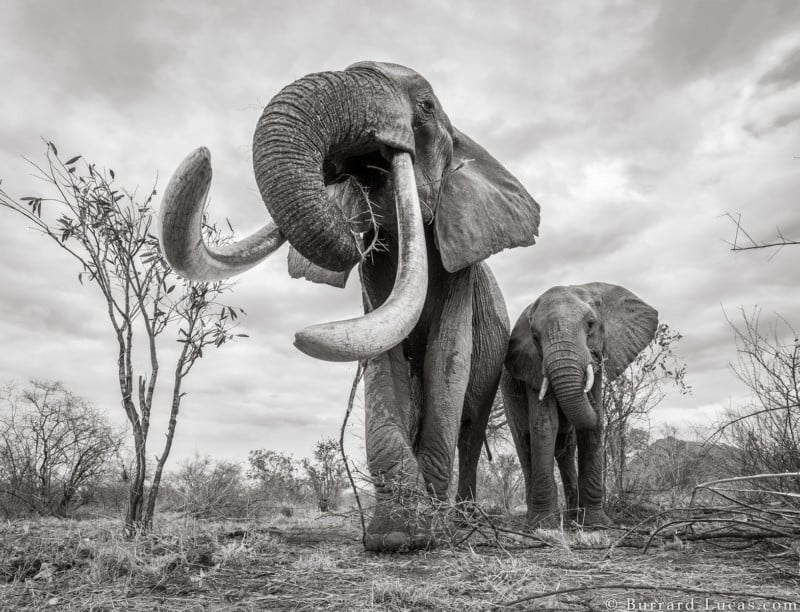 On another occasion, we found her as she was leaving a waterhole. We circled around in front of her so I could position BeetleCam on the elephant path that I expected her to take. It was a hit or miss procedure; often I guessed the wrong path and we would have to circle around to try again. Sometimes I got lucky and she would pass within inches of my camera. It was in this manner that I captured one of my favorite images – the image which would go on to grace the cover of my book. 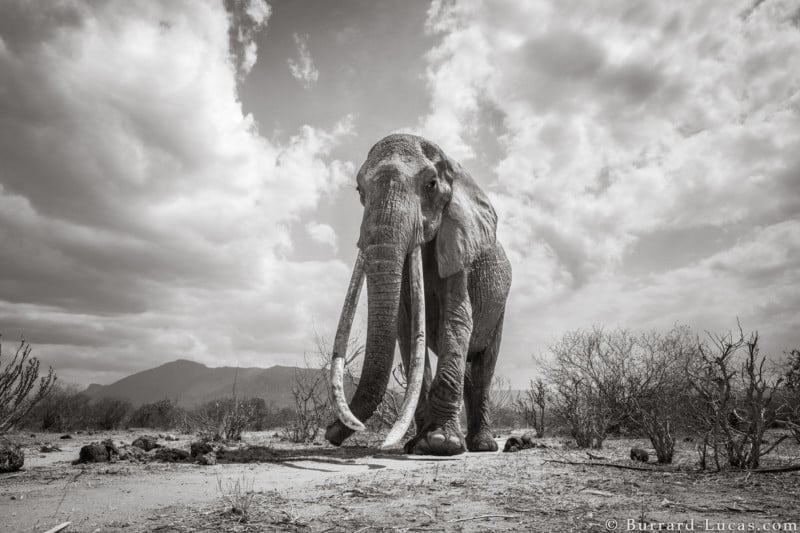 My last encounter with F_MU1 was at another waterhole. It was a memorable morning because elephants and a large herd of buffalo were battling for control of the waterhole. When eventually it quietened down, F_MU1 arrived and I had BeetleCam perfectly positioned to capture one last image of her… the Queen of Elephants… 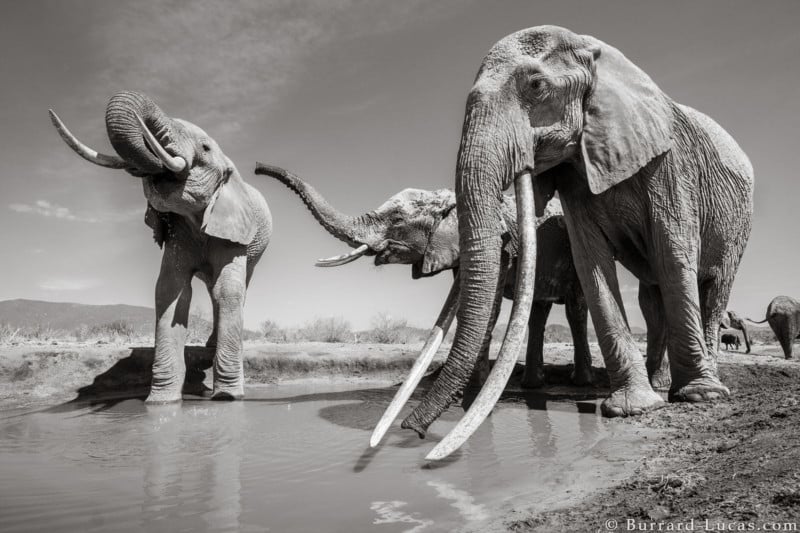 By leaving the BeetleCam motionless next to waterholes and paths, the elephants quickly came to ignore it. At times it was a bit nerve-racking to have my camera just inches from such colossal animals, but they rarely touched it. The greatest threat to BeetleCam came when fighting erupted between bad-tempered elephants jostling for position at the waterhole; in this manner, BeetleCam was inadvertently kicked a few times, but fortunately always emerged unscathed. 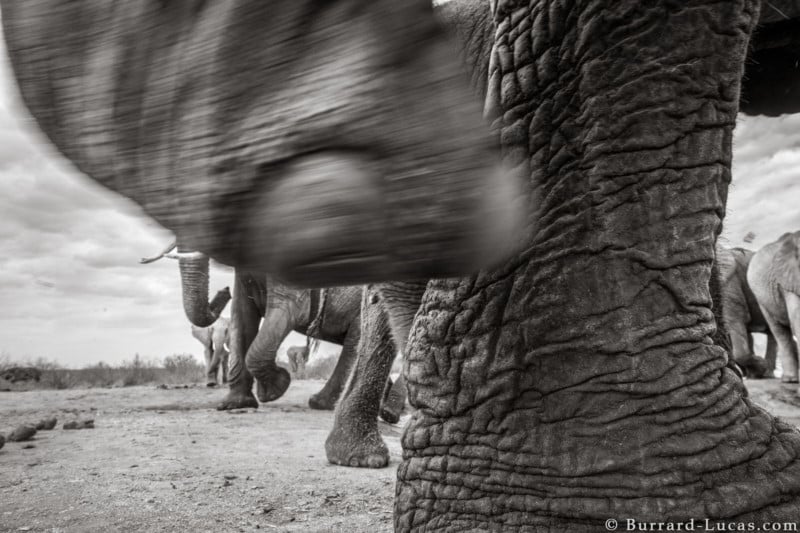 Often, BeetleCam was simultaneously capturing stills and video footage. Below is a short compilation of resulting footage, including some beautiful clips of F_MU1.

As a wildlife photographer, a subject like F_MU1 is incredibly rare; a creature that is unique – possibly the most remarkable of her kind – and yet an animal that few have photographed before. The time I spent with her was a real privilege. 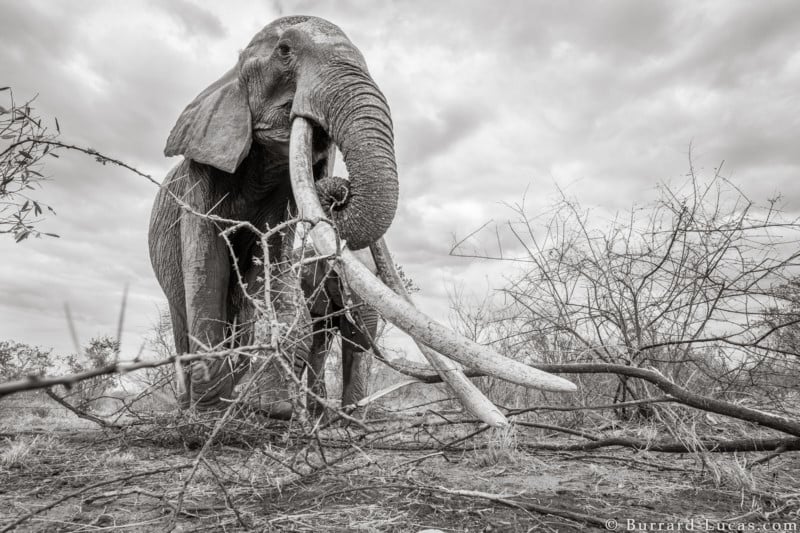 There is a recent nature documentary titled “The Elephant Queen” featuring one of Tsavo’s beautiful cow tuskers (a different individual I believe). I am sure it is well worth watching if you would like to learn more about the tough lives these elephants lead.

P.S. I would like to thank Kenya Wildlife Service for the crucial support they provided. Thanks also to Sony for a grant that helped fund this project. Thank you to my friend Chris Gordon for first introducing me to Richard Moller. Finally, thank you to Richard Moller, the Tembo 2 team — Kyalo, Katana and Christine — and everyone at Tsavo Trust, without whom I never could have captured these images. 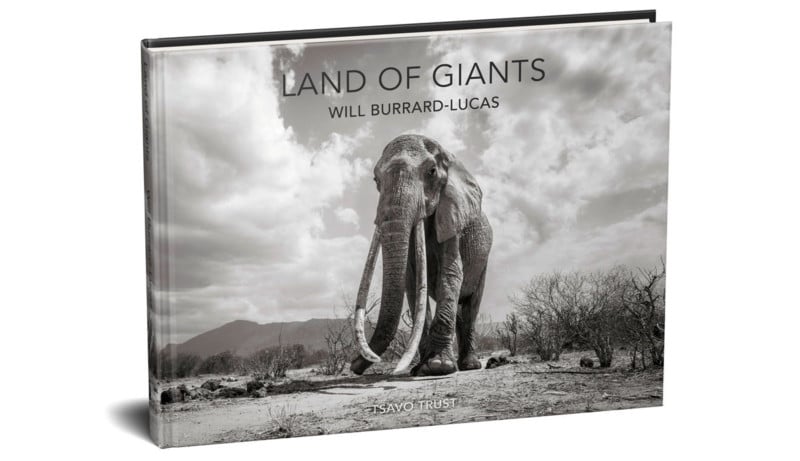 These photographs are featured in my new book, “Land of Giants” which also includes several of Tsavo’s other iconic tuskers. Land of Giants will be released on 20th March and is available to pre-order from WildlifePhoto.com and Amazon UK. You can find out more about the book on its website.

The Compromises of Shooting Film on Assignment

Why Waveforms Beat Histograms and Why Still Cameras Should Use Them