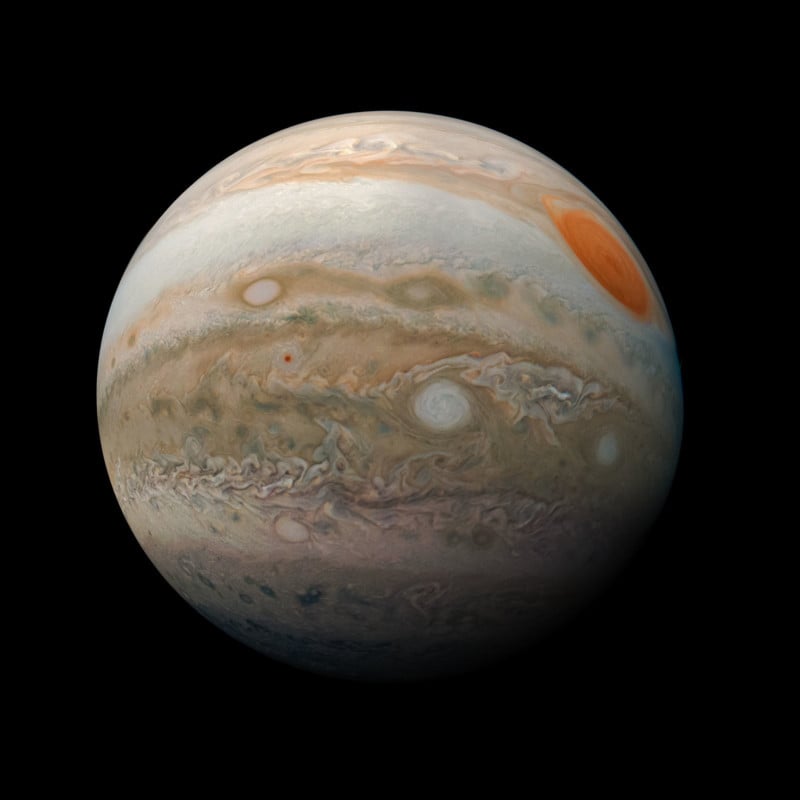 Jupiter is usually shown with its cloud layers running horizontally across the face of the gas giant. NASA has released new photos from its JunoCam showing full-disc views of Jupiter from uncommon angles. 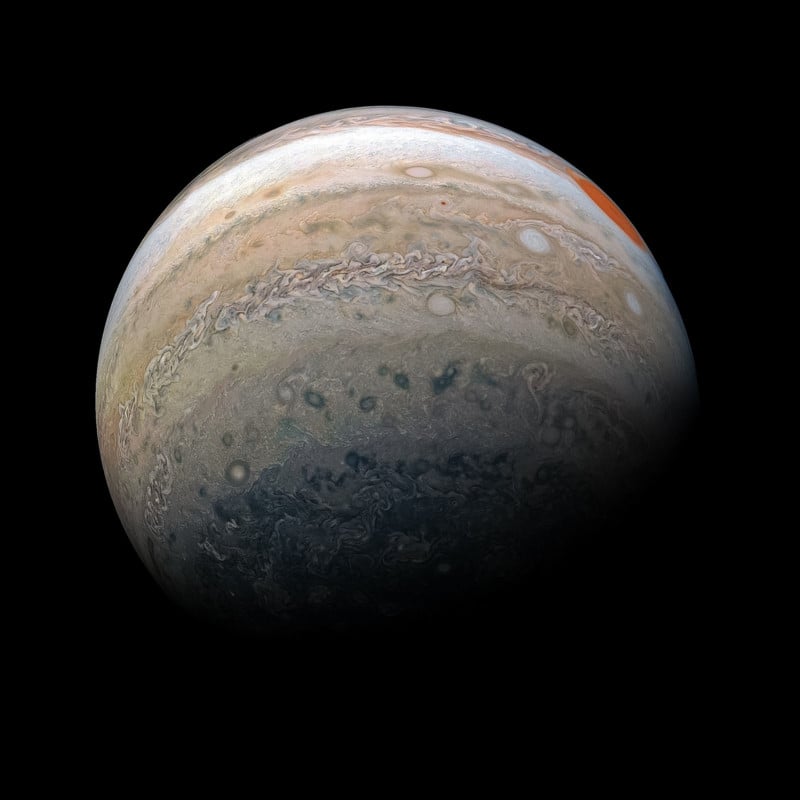 The individual JunoCam shots that went into both images were released on NASA’s Image Processing website before being combined and processed by Kevin M. Gill, a software engineer and “data wrangler” at NASA’s Jet Propulsion Laboratory (JPL).

You can follow along with the latest processed photos from JunoCam over on NASA’s site.