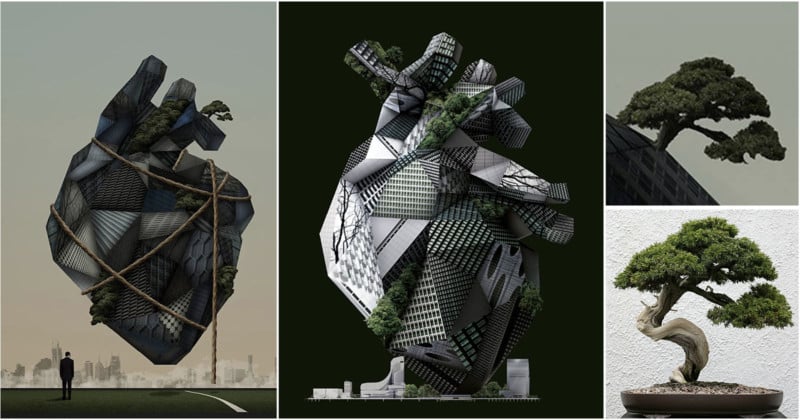 Lisa Saad is considered one of Australia’s top photographers and has won numerous prestigious photo contests both in her country and internationally. But Saad has now come under fire with serious accusations of stealing other people’s photos without credit for her prize-winning photos.

Saad has won over 200 awards over the course of her career, and she’s also the brand ambassador for Ilford, Manfrotto, Epson, Phottix, Tamron, and Eizo.

Back in 2016, Saad sparked a great deal of debate in the photography industry after she was named 2016 AIPP Australian Professional Photographer of the Year for a series of photo-manipulations. She had submitted 4 artworks from a series titled “Anonymous Man”:

Photographer Corey Balazowich of the website Photo Stealers has spent days digging into Saad’s body of work and working to uncover the original source of elements found in them. 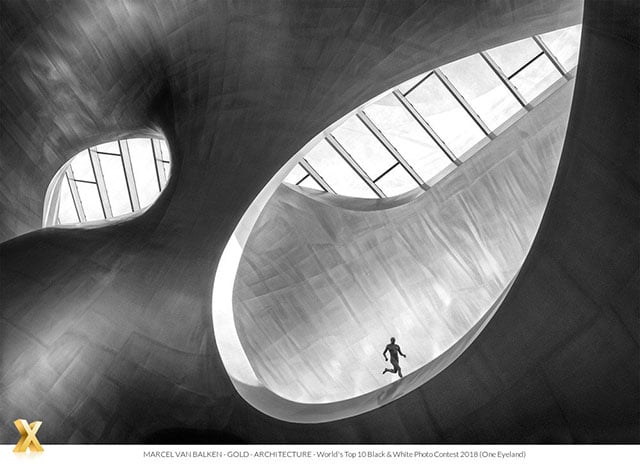 Van Balken noticed that one of Saad’s award-winning photos, which won awards from the Australian Institute of Professional Photography (AIPP) and The Societies of Photographers, looked strangely similar: 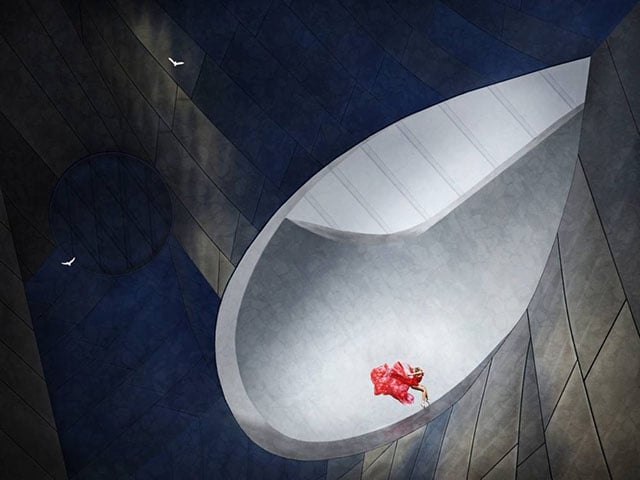 Here’s what the two photos look like with the teardrop shape aligned:

AIPP says it’s currently reviewing the allegations being made.

But this example is only the tip of the iceberg of what Saad is now being accused of. Photo Stealers has found a large number of examples in which Saad apparently used other photographers’ photos without credit (and it’s unclear whether she obtained permission).

One of the examples is the geometric heart photo above that helped Saad win AIPP Australian Professional Photographer of the Year. The heart shape itself seems to have been sourced from an image created by a design studio based in Bangkok, Thailand. 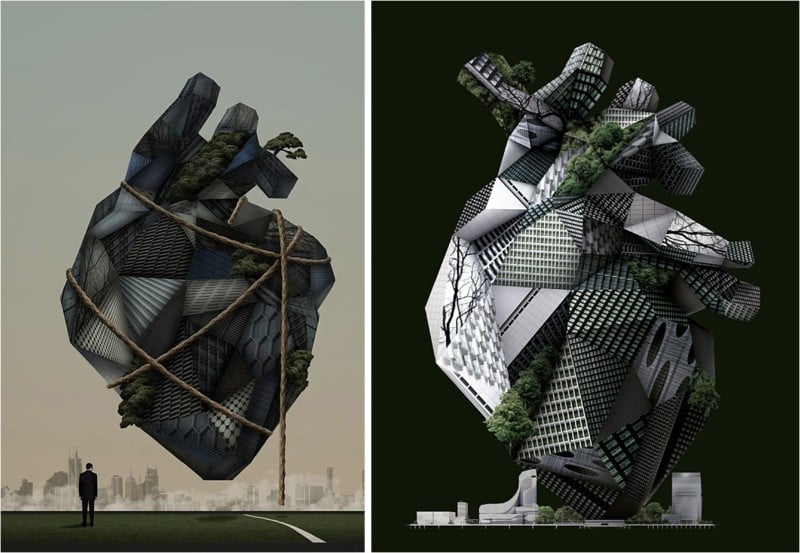 Photo Stealers created an overlay showing just how perfectly the shapes line up:

After winning the prestigious award in 2016, Saad told ABC News that she shot the elements that went into her photo illustrations.

“Every image has been photographed, so all the little elements I’ve gone out and photographed, and then I’ve combined them into Photoshop and so they look probably more like photo illustrations,” Saad stated.

And on her blog, Saad wrote that the bonsai tree seen on the top-right of the heart was her mother’s.

“My mothers death, felt so strongly during those long nights that I grieved through my images and this was the turning point,” Saad writes. “This image is dedicated to my mother (it is her bonsai that sits so proudly at the top).”

But Photo Stealers discovered what appears to be the original photo of the bonsai tree, published by a Flickr user named Cliff under a Creative Commons license back in 2009. 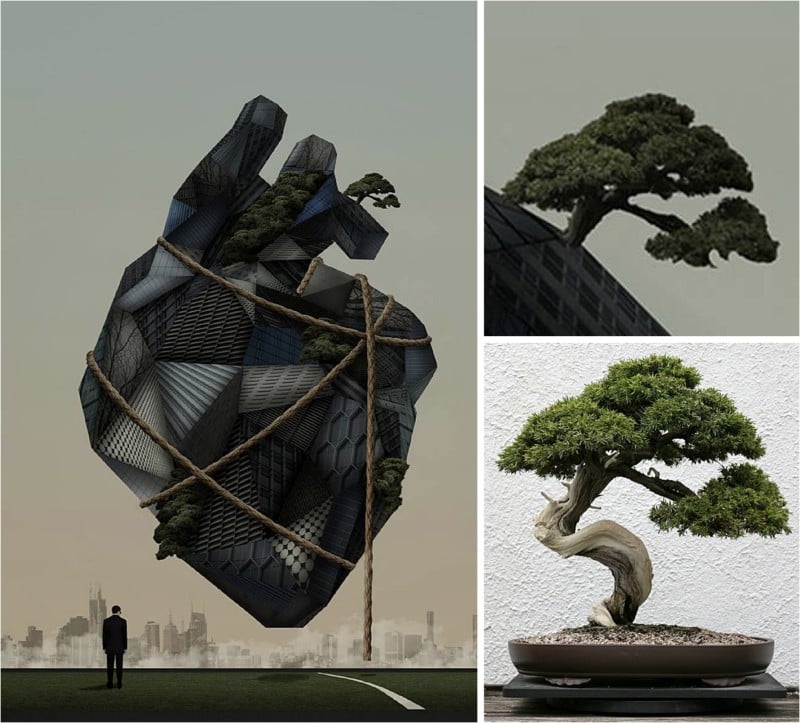 “Note, this image was taken in 2009, so not only would it disqualify her based on the fact it isn’t her original intellectual work but also was taken outside of the 2 year rule that most of the contests have rules about,” Photo Stealers writes. “The licensing appears to allow the use of the image with credit, but that still is against the various contest rules.” 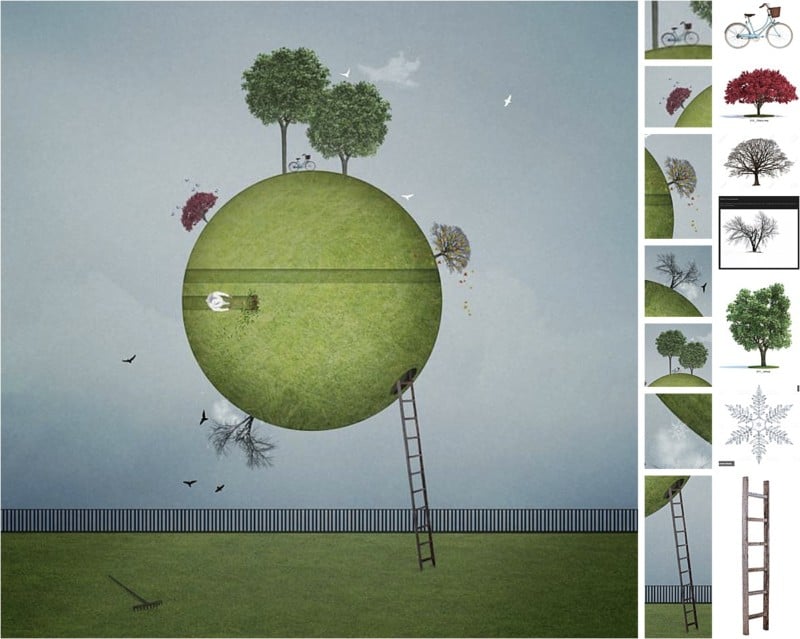 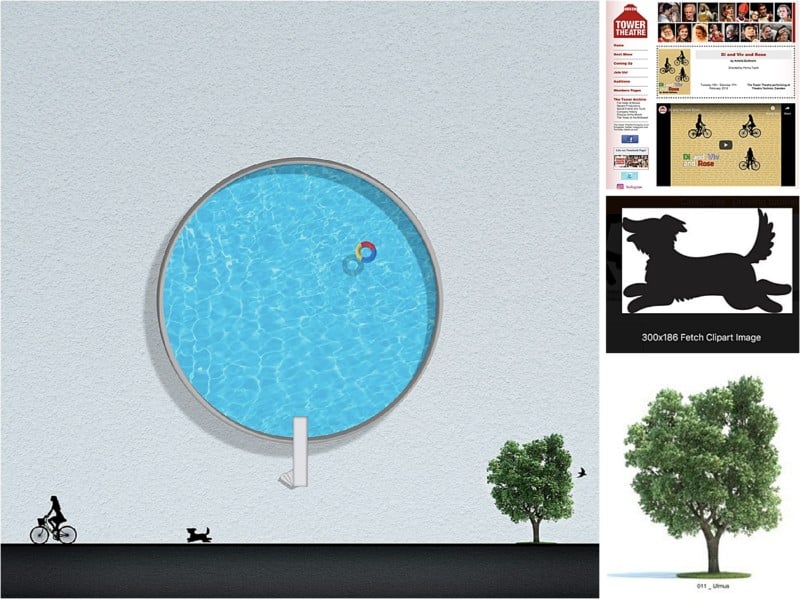 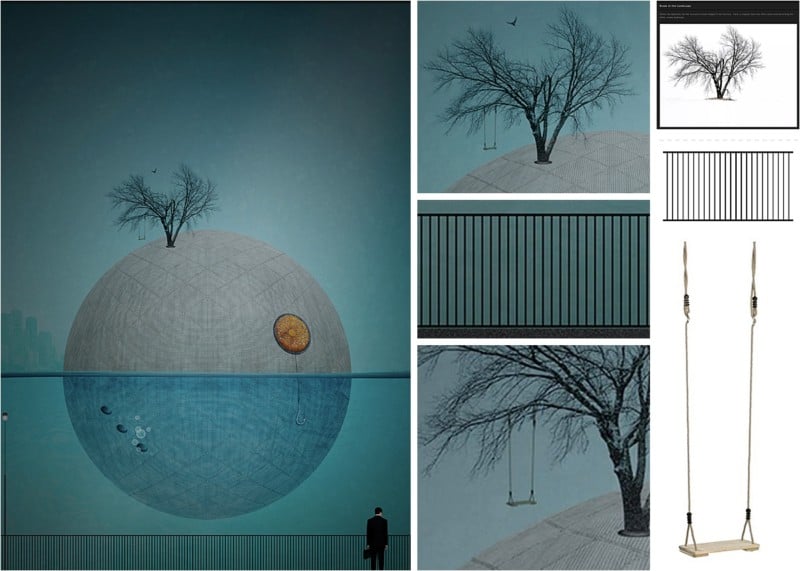 And this use of non-original photography clearly breaks the rules of contests that Saad has won. Here’s a sampling of the broken rules:

“Any entry which has been reproduced from an existing photograph, portrait, graphic or any other artwork produced by another person is a violation of the competition rules and will be disqualified.” —The Societies of Photographers.

“All elements in an image must be the work of the photographer. […] The use of stock photography, purchasable digital backgrounds, skies, borders and textures is prohibited.” —AIPP/APPA

“All content and images must be 100% photographic, from original exposures made within 24 months of the Online Entry Registration closing date, and created by the entrant (photographer). This includes all composite elements of an image, including backgrounds, skies, text, overlays and textures.” —NZIPP

Photo Stealers has put together a document showing how many of Saad’s awards were won with photos that apparently went against the rules (and thus weren’t eligible):

After publishing its ongoing report, Photo Stealers was contacted by Saad’s lawyers demanding that the article is taken down, that Balazowich publish an apology, and that compensation is made. Balazowich responded by publishing even more examples of apparent photo misuse, stating that she has never made a single false accusation in the five years Photo Stealers has been online.

Update on 2/21/19: The Australian Institute of Professional Photography (AIPP) has rescinded its award and banned Saad. Australian Photography reports:

The Australian Institute of Professional Photography (AIPP) has rescinded all photographer Lisa Saad’s awards, titles and prizes, banned the photographer from entering future AIPP State or National Awards, and revoked her membership indefinitely, following the disqualification of an image entered in the 2018 Australian Professional Photography Awards (APPAs) last week.