Gordon Parks was an American photographer best known for documenting African Americans, civil rights, and poverty in the mid-1900s. PBS NewsHour just aired this 6-minute segment that looks into how the self-taught photographer used his camera as a tool to help share people’s stories with the world.

“Parks came to an understanding before he ever picked up a camera that it could be a tool for him to use to be able to express his own feelings about his life,” says Philip Brookman, curator of the current exhibition “Gordon Parks: The New Tide” at the National Gallery of Art.

Like Dorothea Lange and Walker Evans, two Depression-era photographers he admired, Parks spent time shooting for the US government’s Farm Security Administration. It was in this role that he captured one of his most famous photos, American Gothic, Washington, D.C. 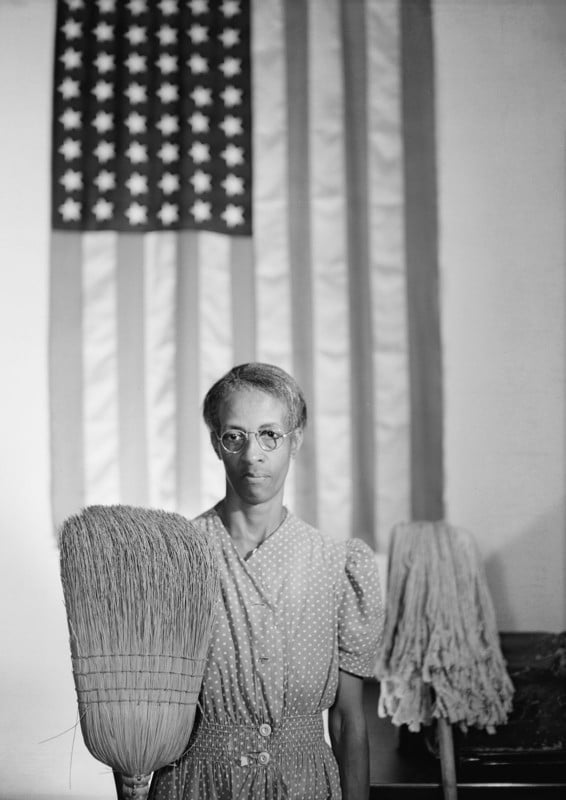 Inspired by and named after the famous Grant Wood painting, Parks’ photo shows a black woman named Ella Watson who worked as a cleaner at the FSA building. While Wood’s painting shows a white American farm couple with a pitchfork, Parks’ photo shows Watson holding a broom and a mop.

“At first I asked her about her life, what it was like,” Parks said in 1997. “It was so disastrous that I felt I must photograph this woman in a way that would make me feel, make the public feel what Washington, D.C. was in 1942.”

“Parks often he would meet people, he would talk to them, he would learn their stories, he would understand who they were long before he would ever bring along a camera,” Brookman says.

In addition to photography, Parks also left his mark as a musician, author, poet, and film director (he’s perhaps best known in film for the 1971 film Shaft).

The $10 Backdrop: Cheap vs Expensive Seamless for Portraits

Photos of Celebrities Posing with Their Younger Selves