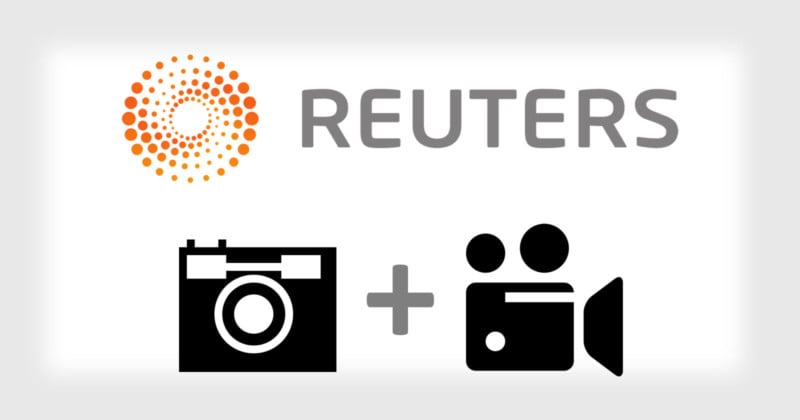 Reuters is combining its photography and video news staff into a single team of visual journalists. The international news agency is also expected to cut jobs in the process of combining the operations.

The Baron reports that the changes come as Reuters News is being reorganized as a stand-alone business in Thomson Reuters.

“In Visuals we will accelerate the moves already underway to create a single unified team of visual journalists,” Reuters visual head John Pullman wrote in an internal memo. “Many of our photographers already shoot video – and videographers produce pictures. This mode of working is becoming normal throughout the industry as video and photo technologies grow closer.

“We will be taking a structured approach to merge our pictures and video teams. We will look at technology, training and workflow – and introduce single leadership where appropriate. We aim to align our teams with the needs of our customers by extending our footprint, improving our efficiency and increasing our flexibility.

“We remain fully committed to producing pictures and video of the highest standard.”

The reorganization of the teams and reporting bureaus around the world will be carried out over the coming months. While the decision sounds like a way to optimize and streamline visual journalism operations, it’s being interpreted as bad news among some Reuters photojournalists.

“This is essentially the end of Reuters Pictures, going down the tubes in a very sad way,” an unnamed Reuters photographer tells The Baron. “Pix has won a score of Pulitzers and other prestigious awards under Reuters but it seems that is not enough to save it from what appears to be the terrible end of what was a great run over more than 30 years which brought the world some of the best photojournalism it has ever seen.”

Image credits: Video camera icon by SimpleIcon and licensed under CC BY 3.0

Wedding Photography for ‘Exposure’ is NOT a ‘Win-Win’

I Dropped My Camera in Crude Oil… and It Survived