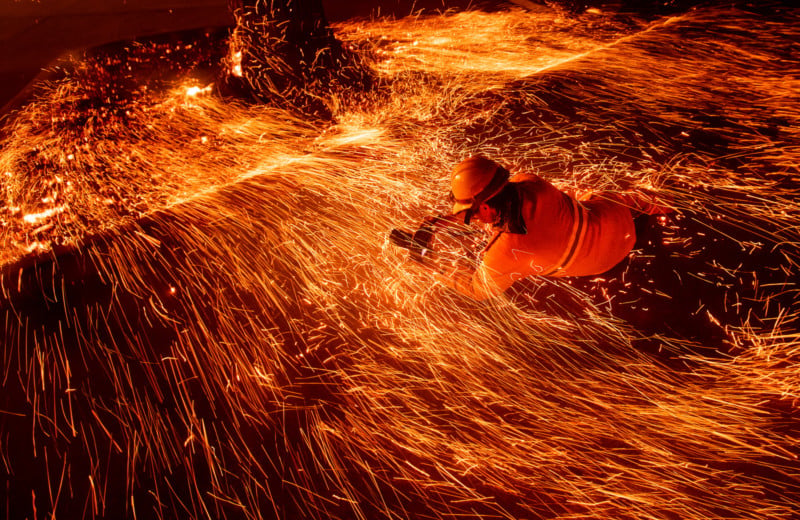 As dry and windy conditions cause raging wildfires in California, there are brave men and women putting themselves in harm’s way to document what’s happening and serve as the eyes of the world. This incredible photo by photographer Noah Berger shows photographer Justin Sullivan braving wind-blown embers while covering the devastating Camp Fire in Paradise, California.


The ongoing Camp Fire is the deadliest and most destructive wildfire in the history of California. Since starting on November 8th, it has caused at least 42 deaths, burned over 125,000 acres, and destroyed over 6,500 buildings. By the end of its first day, it had essentially destroyed the town of Paradise, which had a population of over 26,000 people.

Berger and Sullivan were covering the fire together as it scorched the town, and Berger captured the above photo while Sullivan, a staff photojournalist for Getty Images, went low to photograph a KFC restaurant burning down. Here’s the photo that resulted:

Berger is a veteran wildfire photographer, having covered a number of major fires in years past. You can find more of his work on his website and Facebook.