A few years ago I was shooting at dawn in East London for one of my books. I walked past a butcher and thought, “awesome!” Capturing people up at dawn can be really hard as they are either not around or it can be difficult to find people doing interesting things.

The scene was great. I liked the blue early morning light on the buildings contrasting with the yellow tungsten inside. It really was a perfect combination of elements. I lifted my camera, shot this, but I obviously wasn’t happy with it because the positioning is all wrong. 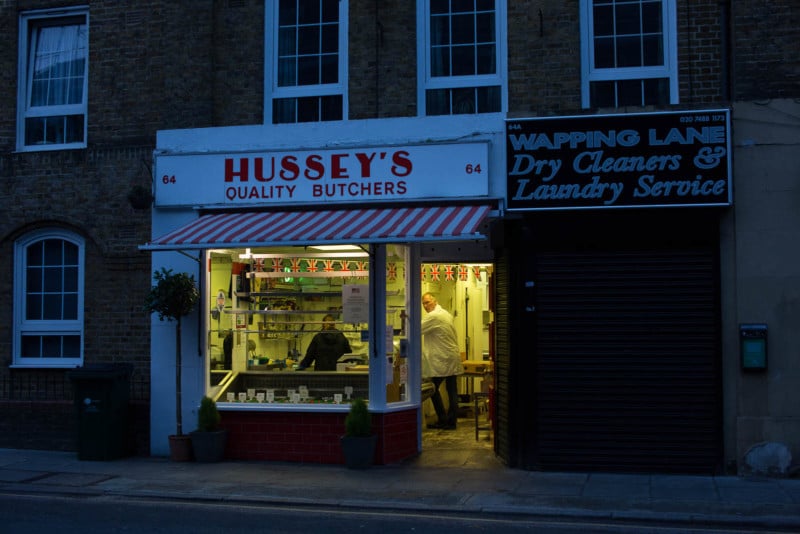 Then I saw that the butcher had spotted me. Guess what I did? I carried on walking! I had been totally overtaken by the fear and just left the scene.

“We pay a heavy price for our fear of failure. It is a powerful obstacle to growth. It assures the progressive narrowing of the personality and prevents exploration and experimentation.” —John W Gardener

To be honest it sort of surprised me how fearful I was. I have a lot of years under my belt of photographing strangers. It just shows you, though, that fear is not something you overcome and then that’s it, it’s gone. It can come back at any time. And of course, we professionals are not immune.

But you know what? That’s OK. For me the best way is to accept that fear is a bit like clouds in the sky or rain in London – it comes and then it goes. The worse thing for me to do is let it stop me from taking the shot – or in this case, going back and getting the shot. Fear is an interesting concept (I like to think of it as a concept because the more I emotionally distance myself from it, the less it’s likely to eat me whole). A little fear and a little anxiety can be great drivers for creating work.

Fear can keep you motivated and alert and save you from the most dreaded of all creativity killers: inertia. But too much, and it’s a real threat to your creativity. And it’s too much fear that I see most often on my workshops.

It’s good to note though that it’s totally natural to feel fear when you are creating.

“We’ve evolved to distrust creative ideas: except in a crisis, there’s little survival benefit to trying something new.” —Oliver Burkeman 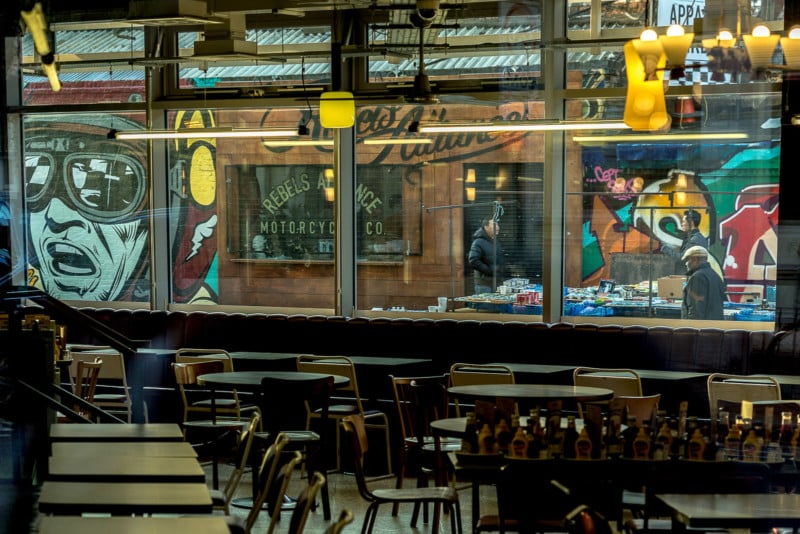 As creative people though we are always striving to be better at what we do, trying to create original and beautiful things with our photography.

I see fear all the time with my students, and often they are surprised when I tell them that most people can experience fear when they are taking photos. They are not unique or alone in this. With my students I see fear come up in the form of: 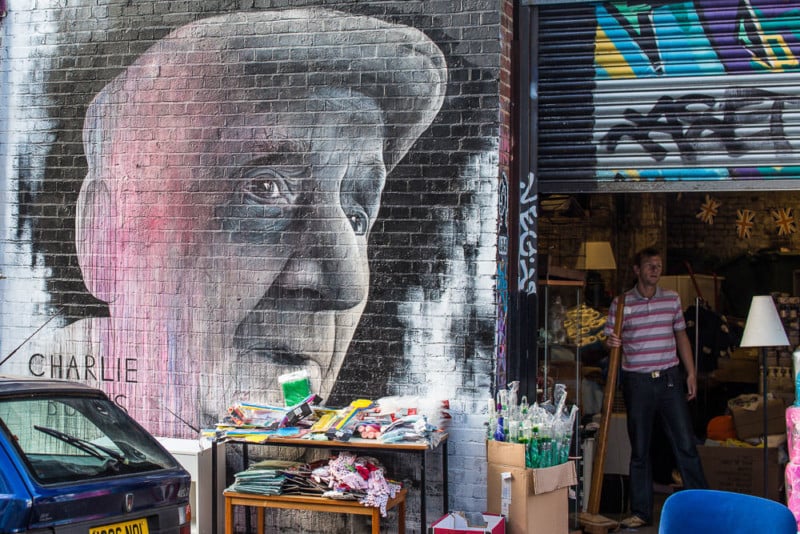 I agree with Oliver Burkeman (again) in that…

The real question, then, is not whether creativity provokes fear, but what to do when it does. Far too many authorities urge you to conquer it… but as with any emotion, launching an all-out attack on fear is counterproductive. That just puts it center stage, and risks reinforcing the notion that creativity must – and should – be one endless, bare-chested struggle.

So what I encourage in the dealing with fear is:

Be patient with yourself. Fear is just a feeling. Don’t react to it. Let it come up and eventually it with leave you. Probably the worse thing you can do is start adding lots of thoughts and judgments about your fear. Thoughts are like adding fuel to the fire. Let the fire just burn itself out. 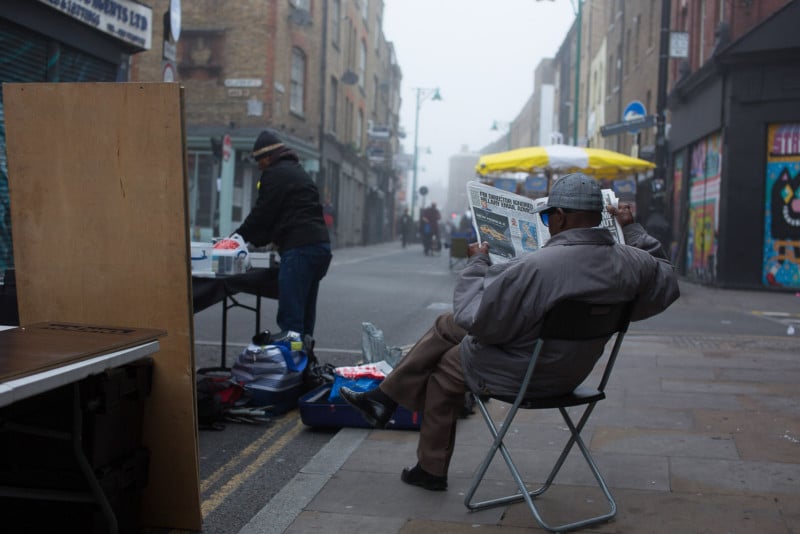 Accept that it’s part of being creative. Putting yourself out there in terms of showing your work, being out there in the world with your camera, doing something outside of your day to day life is going to provoke feels of discomfort. And really, if you are feeling discomfort you are on the right path – it shows you’ve stepped outside your comfort zone, you are onto to something new and different.

I also like this idea about overcoming fear by distracting your mind and creating habits:

There’s nothing wrong with fear; the only mistake is to let it stop you in your tracks. A basketball player comes to the free-throw line, touches his socks, his shorts, receives the ball, bounces it exactly three times, and then he is ready to rise and shoot, exactly as he’s done a hundred times a day in practice. By making the start of the sequence automatic, they replace doubt and fear with comfort and routine. —Twyla Tharp 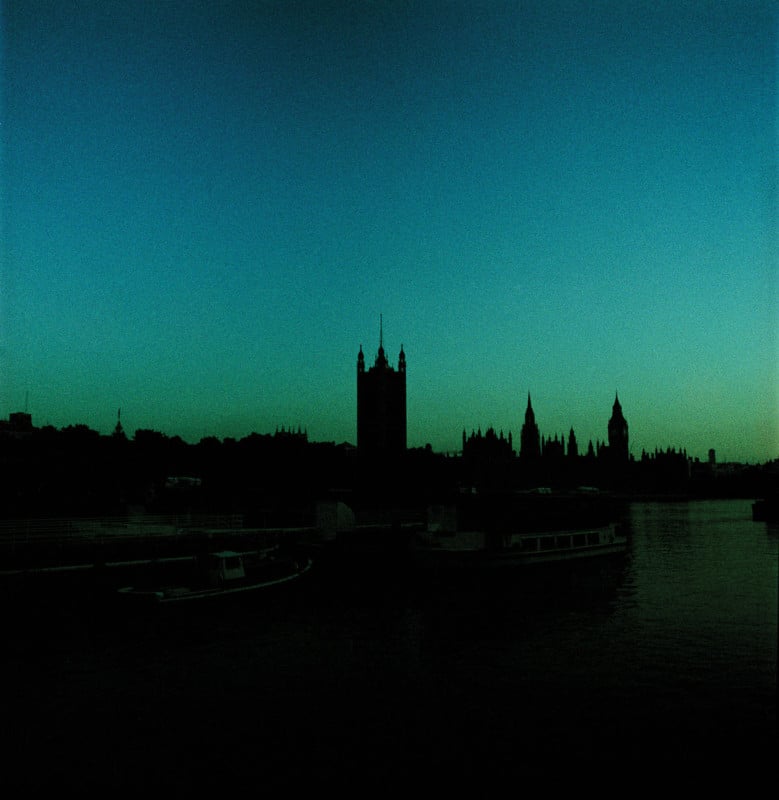 Accept it is impossible to totally quiet the mind. Thoughts just keep coming in whether you want them to or not (I love what the meditation teacher Jack Kornfield says — that the mind has no shame, it “secretes thoughts the way the mouth secretes saliva.”). So the only choice you have is to ignore your mind, the thoughts, and pay attention to being completely present. 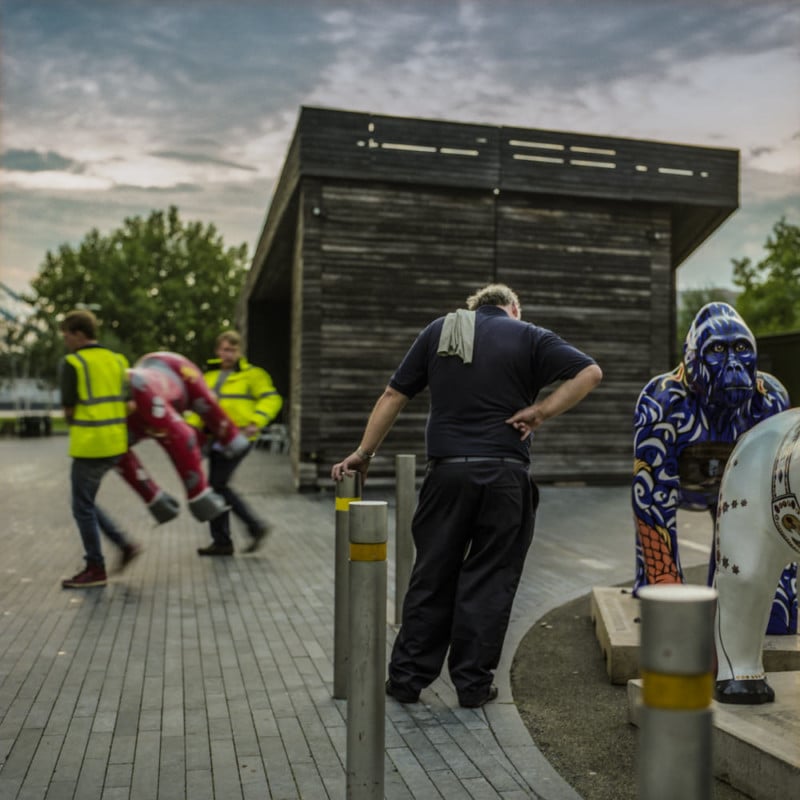 When I am really struggling with fear I like to remember what Seth Godin advises about starting small:

What we need to do is say, ‘What’s the smallest, tiniest thing that I can master and what’s the scariest thing I can do in front of the smallest number of people that can teach me how to dance with the fear?’

Once we get good at that, we just realize that it’s not fatal. And it’s to intellectually realize – we’ve lived something that wasn’t fatal. And that idea is what’s so key — because then you can do it a little bit more.

Photography for me is not a list of technical skills or camera gear to acquire. It’s not exotic locales or hip people to photograph – photography is a state of mind. The more you work on removing what is cluttering up your vision, the more you’ll see searingly original, interesting photos that make people go “wow!” 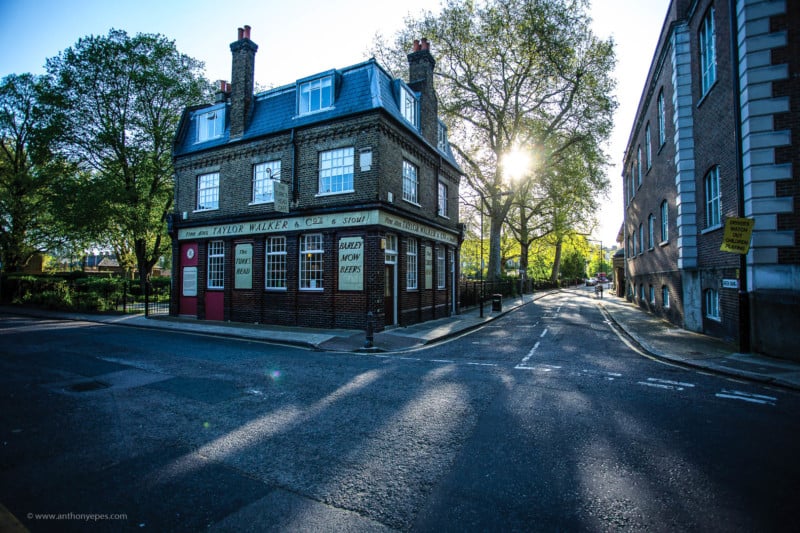 Last thought for you: if you are struggling with fear, and not sure if you want to overcome it, then I like to remember this:

About the author: Anthony Epes is a photographer whose work has been featured internationally; including on BBC, French Photo Magazine, Atlas Obscura and CNN. The opinions expressed in this article are solely those of the author. Epes is also a teacher – writing in-depth free articles on his website. Receive his free ebook on the two essential skills that will instantly improve your photos, and sign up to his weekly newsletter providing inspiration, ideas and pro-photo techniques. This article was also published on Cities at Dawn.

Photos of the Most Disgusting Foods in the World

Catalog Raises $1.5M to Offer Pro Ad Photos for as Little as $19 Each