Here’s a creative music video that may bend your brain. Featuring the song “No More” by the French electro band Loo & Monetti, the video visually mixes day and night through the two main characters.

“It’s a poetic film involving two characters, one living in the day and the other at night,” producer Lionel Payet Pigeon of La Planète Rouge tells PetaPixel. “They cross the same places, but at different moments, like they where looking for each other.”

The bodies of the characters were used as transparent “masks” in the shots — windows into the opposite half of a day. 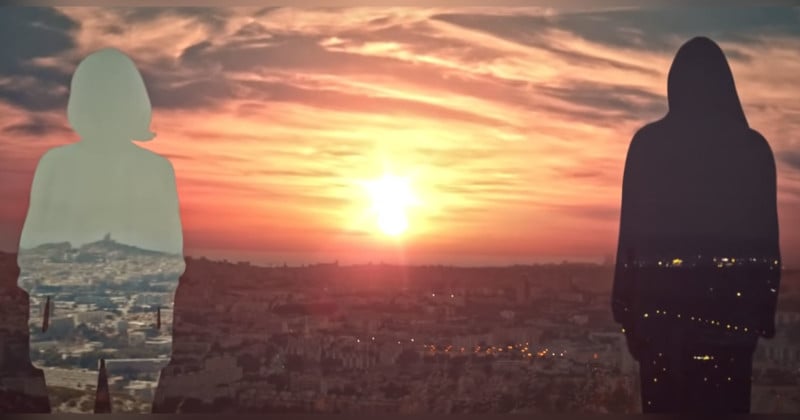 What’s impressive is how the effect was achieved. There was no motion control or green screen involved in the project — everything you see was done with rotoscoping, 3D tracking, and a whole lot of hard work.

P.S. The director of the music video, Guillaume Panariello, is the same artist who shot a 3.5-minute music video in just 5 seconds using a 1000fps high speed camera.