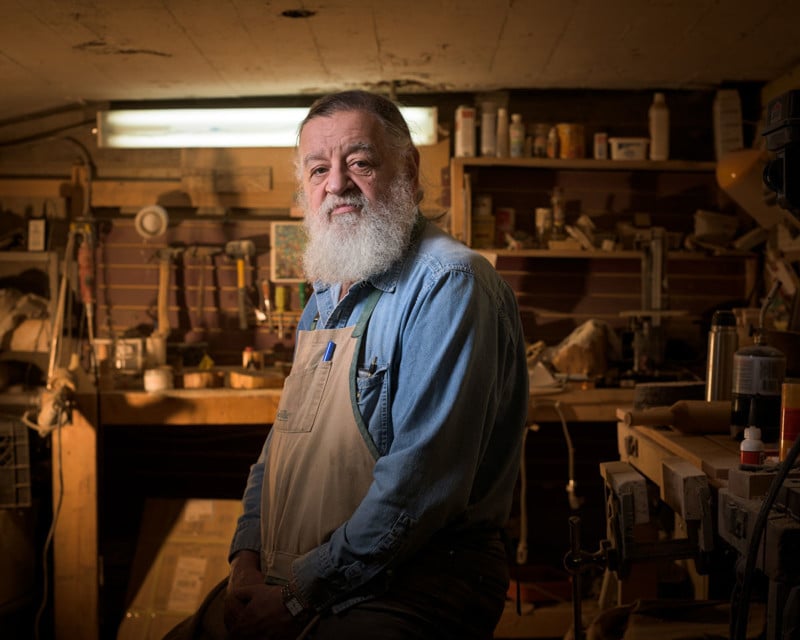 It’s 7:30 in the morning in Winnipeg and my wife awakens me to share the news that she has just gotten the job she has always wanted in Toronto. It has been six months since we had first planned our move to Toronto. All of the sudden, we were moving across the country in 3 weeks. This just got real.

I grew up in a small town outside Winnipeg, Manitoba. I like to joke that on a good day there were ten people who resided there. After graduating photography school in 2011, I found out quickly that the only way to make it here in photography was to start my own business. I guess I am more of an entrepreneur by necessity than by desire.

In 2012, I would start my business in Winnipeg, a town I had only lived in for a couple years with no money to speak of and little connections. I honed in on a few things that led to success, like having a good website and decent search rankings, networking with business people, and becoming somewhat of a community leader.

We had gotten to the point with the business where it seemed like there just wasn’t enough room to grow in Winnipeg. I had run my own photo gallery for about a year with mixed success, worked with many national brands from all over Canada, been to the Arctic and photographed over 36 National Parks in the last few years alone, and even become a part-time instructor at the college I graduated from a few years earlier. To outsiders I was probably very successful, to me I knew I had hit a wall and there was nowhere left to grow. 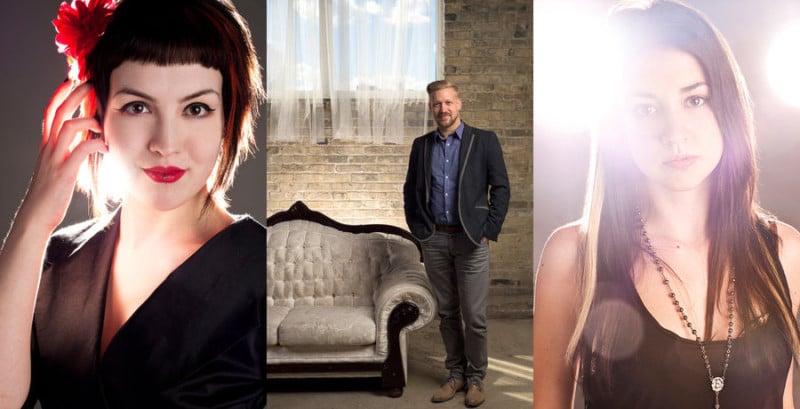 The downside of creative work is that you are in constant fear that one day it is all going to disappear completely. You will be left destitute. They will tell you not to end up like a “Robert Lowdon”, your brain whispers. It is how the mind plays with you, you know it is not real but those thoughts sneak in.

Getting work outside of Winnipeg was, or at least seemed, impossible; I would work with clients headquartered all over North American (and the world, actually). I would fill in pieces they needed out here, a location shoot, some agricultural ads, architecture, a national outreach campaign stopping in Winnipeg and so forth. When it came to the person who was being hired for the ultimate campaign, no one was looking at the kid shooting in Winnipeg (I’m 34 now).

In a couple of days we start throwing all of our possessions into three wood boxes on wheels to somehow magically appear in Toronto. Whatever does not fit in there goes into a tiny red Mazda 2. I will talk to you all day about how a tiny car will save you a fortune when traveling to shoots, but that is another topic for another day. Somehow we get this done, at a ridiculous cost but we make it happen. 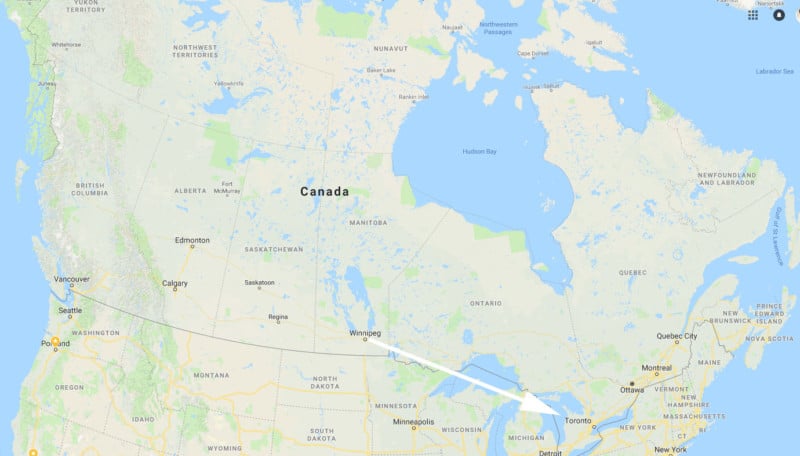 When we arrive, we end up staying with my in-laws in Southern Ontario. Apparently it is almost impossible to find an apartment in Toronto without showing up with a bag of money in hand. We had not counted on that or the price of housing here. It was a little shocking. With some amount of dumb luck, we find a place, with credit checks, references, and a deposit in hand. That place happens to be in the center of the studio district in Toronto. The largest camera store in Canada is in within walking distance. That was dumb luck but a good sign.

After some confusion with the shipping agency, our containers arrive. We haul our giant boxes from the delivery point in Etobicoke (west of Toronto) to the east end of Toronto in the largest truck and trailer I have ever driven, in the largest city I have ever been in, driving down one of the busiest expressways in North America. Why do I do this to myself I wonder? The answer is I always have — it’s the “all or nothing attitude” my wife jokes about.

The business in Toronto didn’t come easy and it didn’t come right away. I think at some point I had developed a bit of an ego, maybe expecting clients to find me automatically. I don’t know. It is something that happens when you get near the top of your field (in Winnipeg), I think. You forget all of the things you loved about photography. The difficulty of trying to do something you didn’t think was possible, and the total reliance on yourself to get the job done.

You get to a point, I think every professional has been, where the money is running out, nothing is coming in, and you question the point of the whole thing in the first place. You know if you could just punch through and get the right people to look at your work, you would be busier than you have ever been. But those people don’t open their emails and things feel like they are going sideways.

Why did you throw away a good thing? The grass is always greener they would say. And then one day you say screw it; I would rather be a bike courier delivering food. After a little while, everything that seemed so bad with photography did not seem so bad.

The emails start to come in. You land your first national Job in multiple locations. You get back to the things that made you successful in the first place, shooting. Building up your website, and clients start coming to you again. That feeling of screaming at a wall has left. 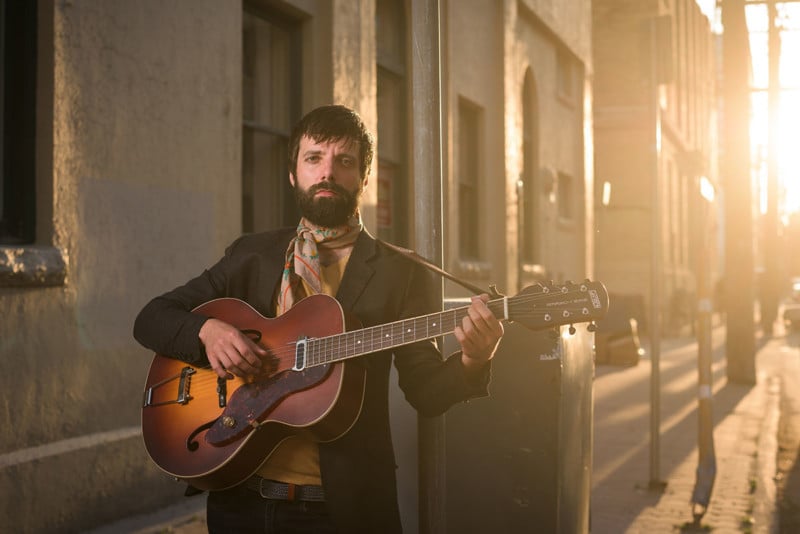 It is now August and business seems healthy for the first time. I am holding my own now and new opportunities are coming in. Toronto is a great place with lots of opportunities, but at the same time, it is tough here. It doesn’t seem like there is a path to success, you just have to figure it out on your own. You’re five seconds from the greatest job you have ever shot and about the same from total failure. The reality is that it is a slow burn. That is how success actually happens over time, slowly building.

People are going to ask me what it takes to be successful in photography. It is simple, shoot good work, put it in a place people can discover it on their own, and be a reliable person. Do what you say and follow through. That is really it. And never stop pushing because the only person that can stop you from getting what you want is yourself.

So moving across the country to find success is honestly really hard. It is one of the hardest things I have done, but the harder thing would be the knowledge that I never tried. I always say to my wife: imagine the best way it could go. Now imagine the absolute worst. What will happen is right in the middle.

About the author: Robert Lowdon is a commercial photographer now residing in Toronto. The opinions expressed in this article are solely those of the author. Lowdon may have delivered you chicken nuggets at one point in time. You can find more of his work on his website.

Sony is Now #1 in Full-Frame Cameras in the US

This is How Canon Supports its Pros