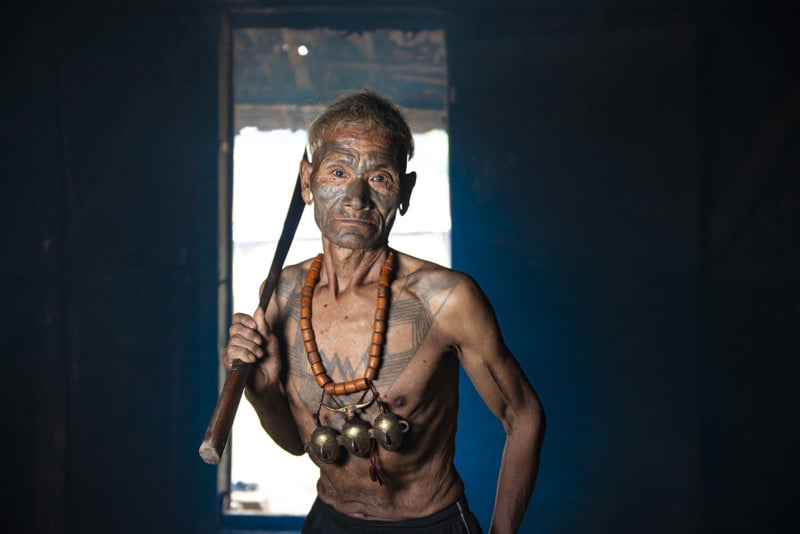 When we think of tribes, the first thing that comes to our mind is, “what did those tribesmen and women believe in?” “What were their customs and beliefs?” That’s what I asked about the Konyak tribe that was nestled in Nagaland, India, in regard to the famous headhunters. 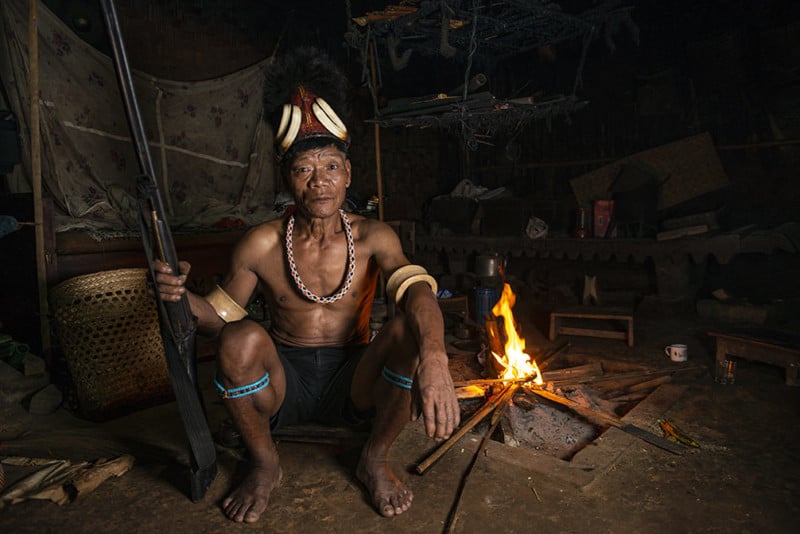 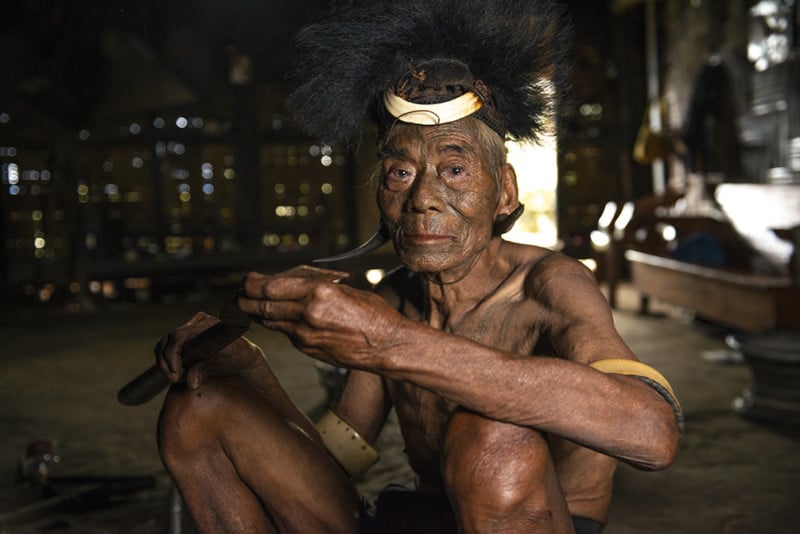 Once a young boy completed his first kill successfully, he was given his very own, very unique, facial tattoo to mark his shift and transition into manhood. 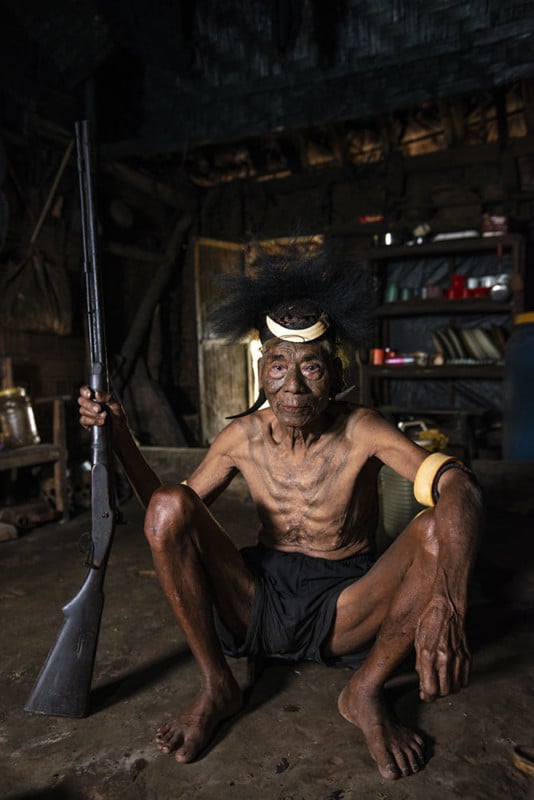 Headhunting was the product of what the Konyak people believed in and what the skull represented. To them, the skull housed everything that the human is and ever will be. Phejin Konyak, the great-granddaughter of a Konyak headhunter, expressed in her book The Konyaks Last of the Tattooed Headhunter, that the skull had “all of the soul force of that being. This soul force is strongly associated with prosperity and fertility and is used for the benefit of the village, personal life, and crops.” 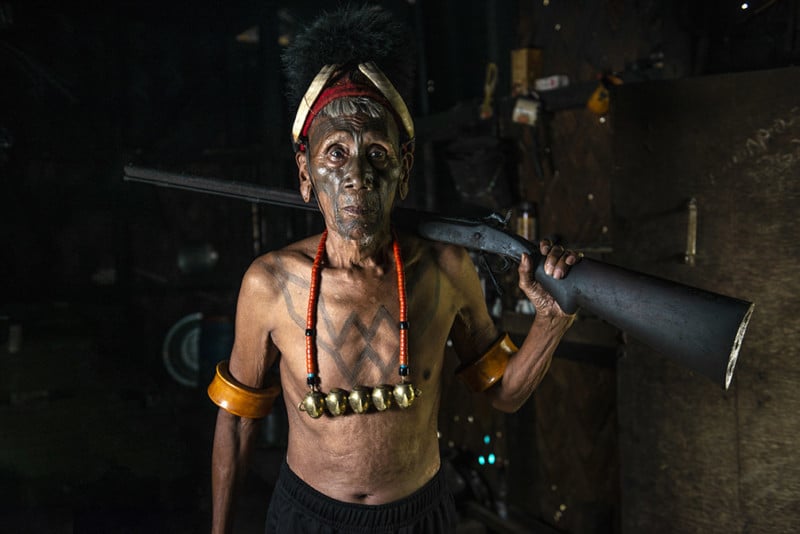 The Konyak’s were once known as a war-loving people that would attack enemy tribes, taking the heads of that tribe’s warriors, and taking their decapitated prizes home. These skull-like trophies were then hung in communal houses called Morong’s and were put on display for all to see, admire, and appreciate. The more heads a warrior had, the more powerful he was. The display was done simply to show off the skill, strength, and prowess of that particular warrior, and was a sign of power to his tribe. 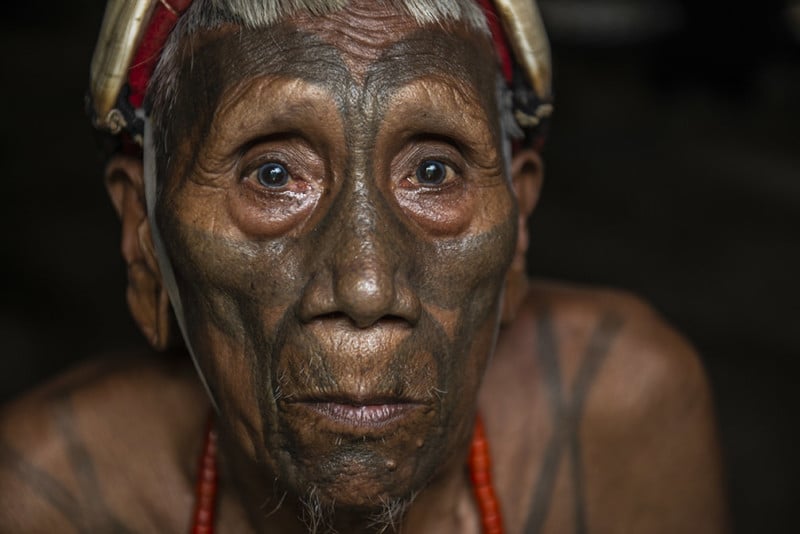 The Konyak’s were once known as war-loving people who would attack enemy tribes, taking the heads of that tribes warriors, and taking their decapitated prizes home. These skull-like trophies were then hung in communal houses called Morong’s and were put on display for all to see, admire, and appreciate. The more heads a warrior had, the more powerful he was. The display was done simply to show off the skill, strength, and prowess of that particular warrior, and was a sign of power to his tribe. 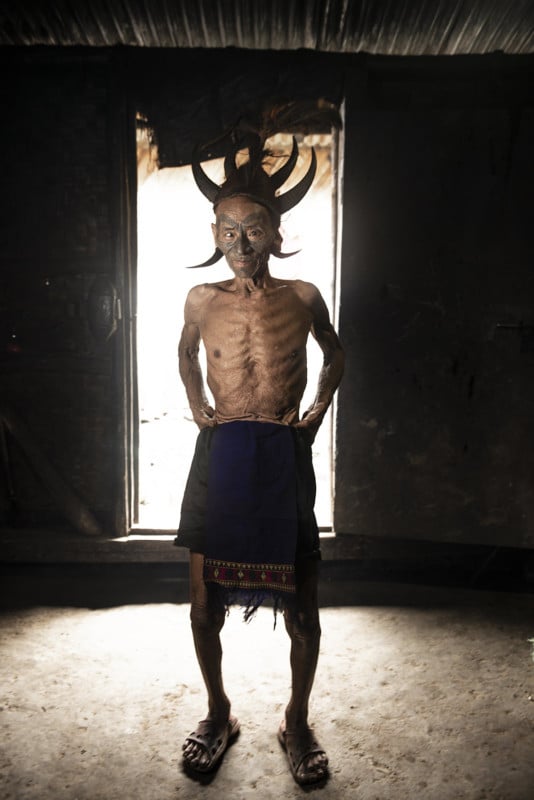 These warriors prided themselves with their skill of head hunting, and celebrated their famously prestigious facial and bodily tattoos. It was their custom up until the late 19th century. Christian missionaries arrived with the intention of converting the Konyak tribes to Christianity. In 1935, the practice of head hunting was banned on account of murder and how it did not respect the Christianity rules that the rest of the tribes were slowly being converted to. Before then, the Konyak’s were animistic and worshipped Mother Nature and all of her elements. But by 1960’s, the younger generations adopted newer lifestyles and cultures, causing the culture that ultimately embodied who they were, to disappear. 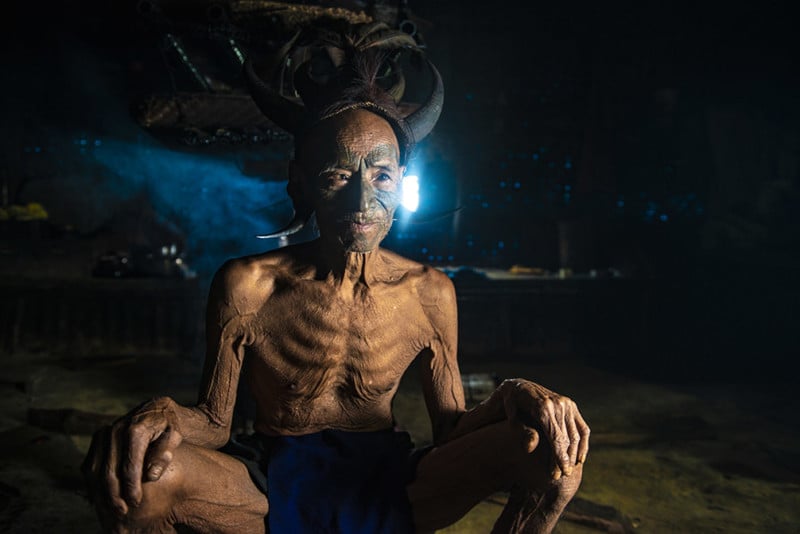 Each Konyak tribe was overseen and held responsible by one king. This king always had the biggest skills, and had more of them than the average headhunter. All in all, the Konyak’s were a people that were rooted deeply in tradition and were so proud of who they were that they broadcasted their outward expression of self by wearing symbolic representations of their kills. The Konyak headhunters were more than just people who just liked what they did for a living. They were people that found solace and respect in their skill. Although everything about it may seem brutal to us, to them, it was a necessity that was tied to their souls and their very way of life. 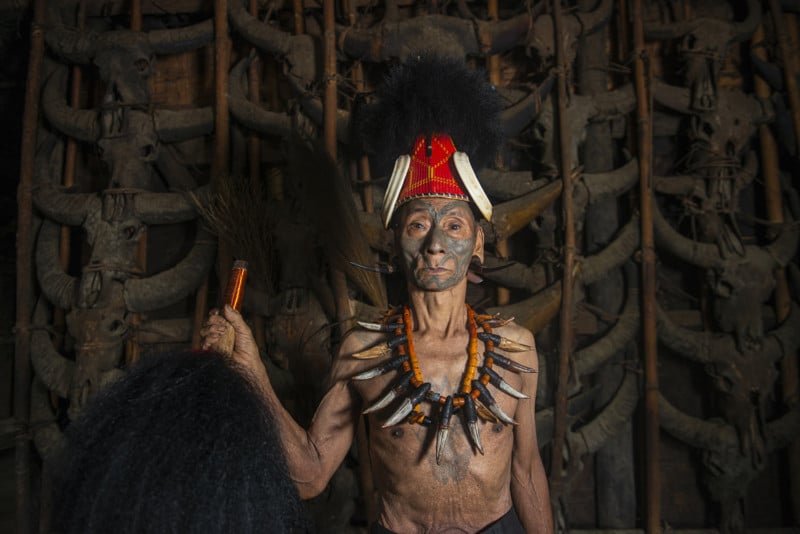 What happens when a culture vanishes? What happens when traditions, folklore, spirituals, and lifestyle fly by the wayside, never to be seen or heard of again? That’s a question that those of the Konyak tribe in Nagaland, India ask themselves. The last of the headhunters are forced to watch the new generation disregard or simply never learn of the culture that the generations and ancestors before them held close to their hearts.
The customs that the Konyak tribe once practiced and celebrated are now dying with the headhunters. By 1960’s, the younger generations adopted newer lifestyles and cultures, causing the culture that ultimately embodied who they were, to disappear. But to the great elders of the Konyak tribe, head hunting, as strange as it may seem to those outside of the culture, had its purpose. 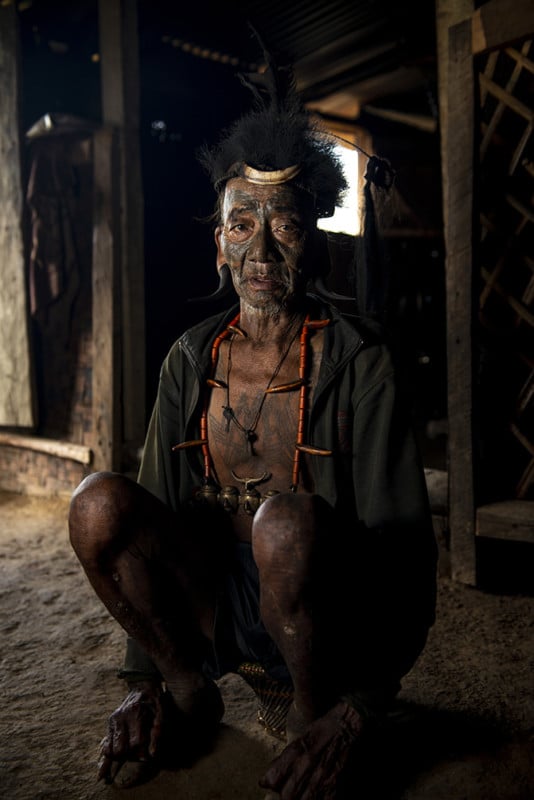 All this is to say is that we see cultures die more often than we should, and we recognize how our children, and how our children’s children, will never know the history of who they came from. They will never recognize the culture that should’ve been deeply rooted in their souls and seen as a reflection of themselves. 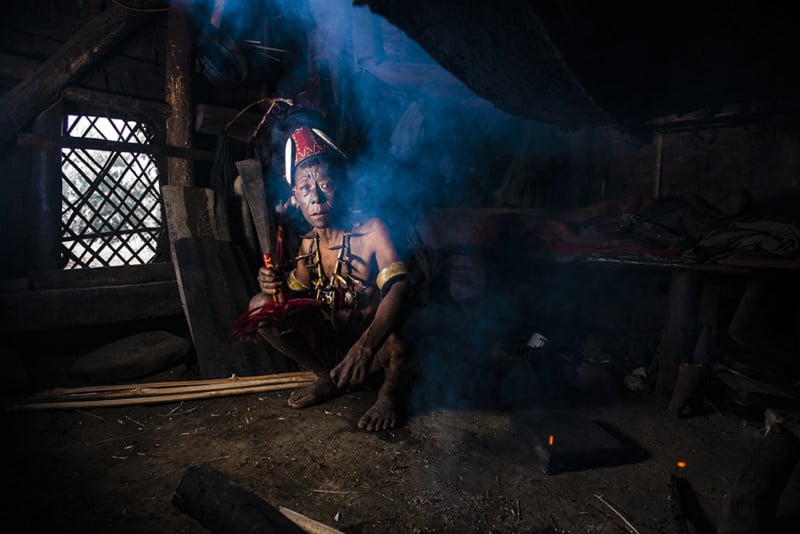 I have always been inspired by the stories of the Indian tribes of India. Their life, their journey and their commitment and dedication towards the life they lead. Its a tribute to the unspoken community of our country before they are lost forever. 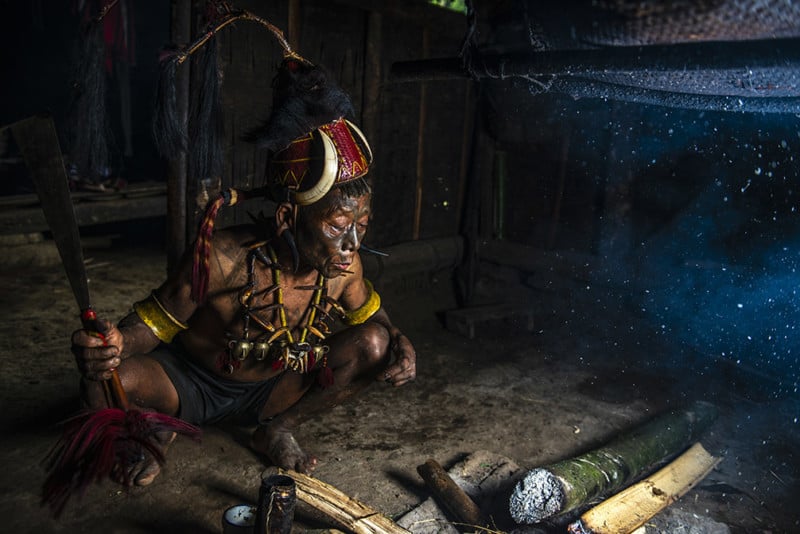 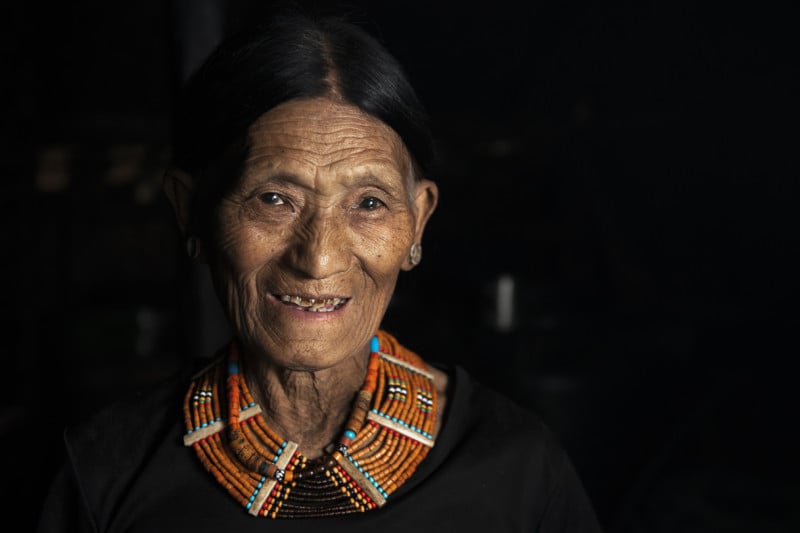 I have started a crowdfunding campaign on KETTO for my upcoming book which will help me complete my photographic journey of Indian tribes and culture. The Last Avatar is a book Indian tribes and culture before they vanish and are forgotten. It’s a visual representation of the Gods whom we consider as our ancestors who are actually following the real tradition and customs. 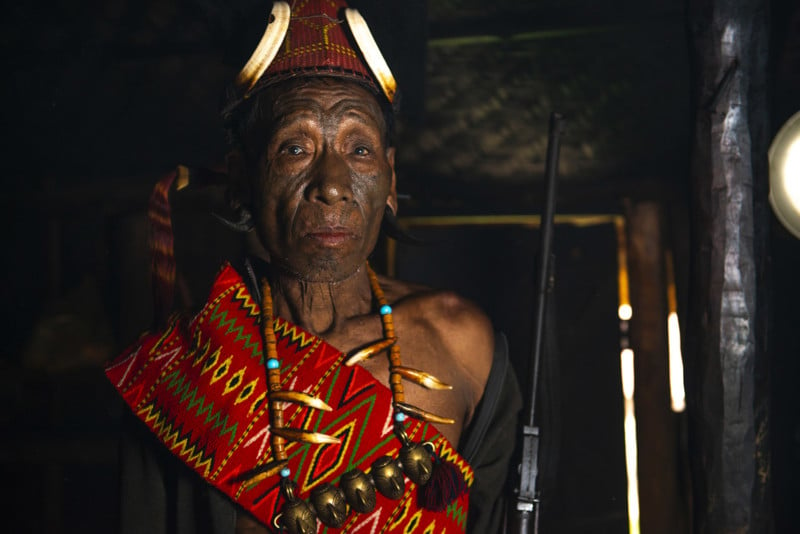 Update on 8/6/18: The text in this article has been updated.

About the author: Aman Chotani is a professional travel and lifestyle photographer based in New Delhi India who explores the world documenting travel, culture, and life. The opinions expressed in this article are solely those of the author. A self-confessed “wanderer”, Chotani’s images immerse the viewer in the subject’s culture, bringing a visual authenticity to his photographs. He has received awards from many prestigious organizations including The Siena International Photo Awards 2015 (Italy), IPA AWARD, United States in the Portrait Category. His work has been published in magazines and newspapers including National Geographic, Life Force Magazine, KLM I Fly magazine, India Today, Creative Gaga, The Platform, Outlook Traveler, Travel Secrets and Dodho Magazine apart from many others. You can find more of Chotani’s work on his website.