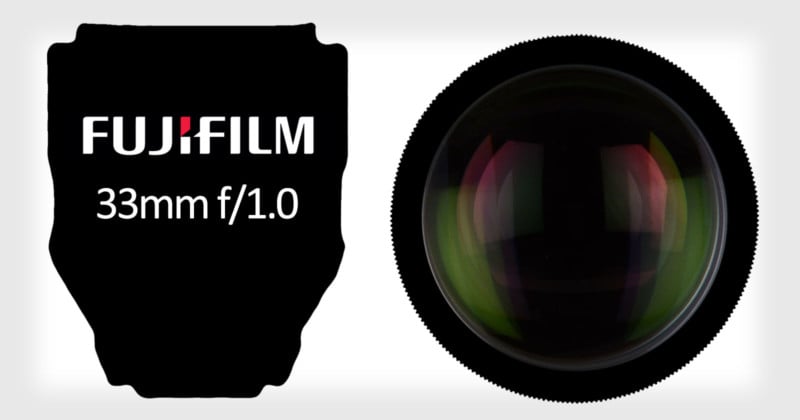 Fujifilm is planning to launch the 33mm f/1 sometime in 2020, which is still pretty far off, and quite a bit could change in the camera industry between now and then.

Nikon is reportedly planning to announce two full frame mirrorless cameras in the coming weeks, and it’s known that Nikon recently filed a trademark in the EU for the word “Noct,” which the company historically used for ultra-fast lenses. In 2017, Nikon also patented a 52mm f/0.9 full frame mirrorless lens.

But unless another camera brand does beat Fujifilm to the punch, the newly revealed 33mm f/1.0 currently “stands to be the first mirrorless lens with a maximum aperture of F1.0 with AF capability,” Fujifilm says.

The Fujifilm XF 16mm f/2.8 R WR is a compact prime lens that is equivalent to a 24mm lens in 35mm terms, “making it the perfect choice for landscape and travel photography,” Fujifilm says.

The Fujifilm XF 16-80mm f/4 R OIS WR is equivalent to a 24-122mm lens in 35mm terms, and it’s intended to serve as a versatile lens that can cover a wide range of subjects and scenes.

With the addition of these three upcoming lenses, here’s what the new Fujifilm lens roadmap looks like: 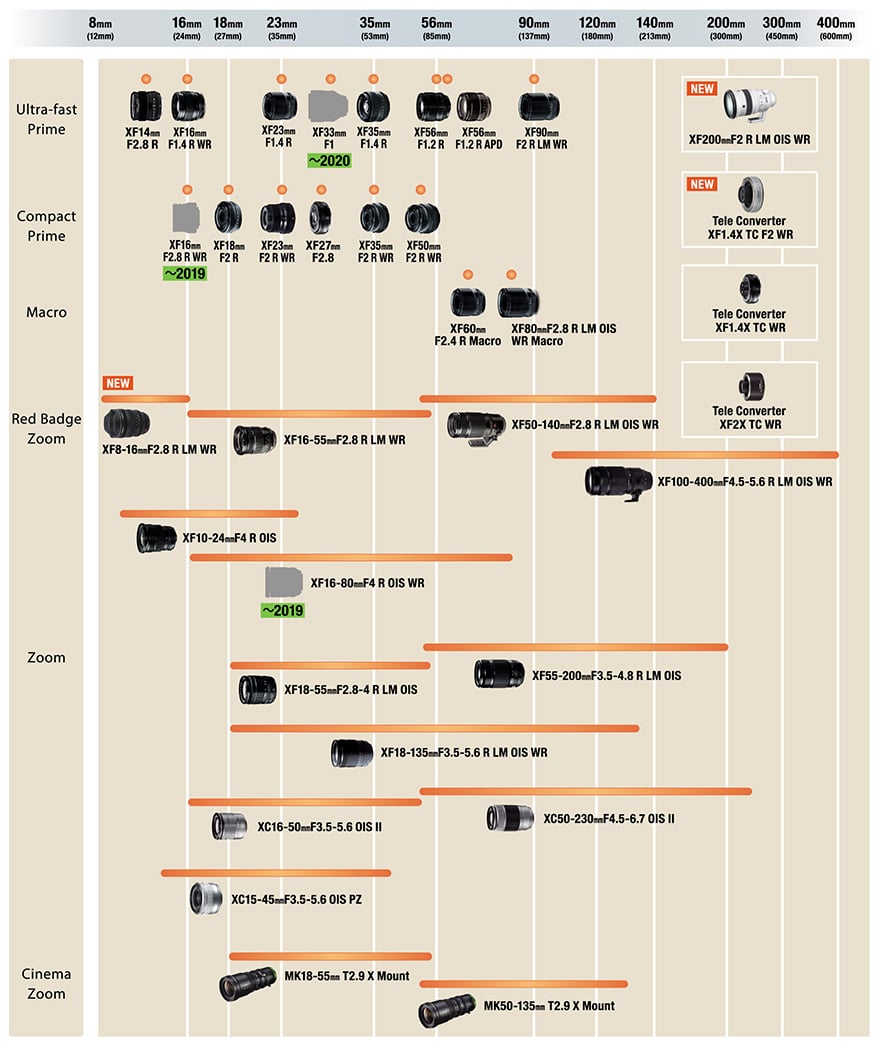 Correction: The original version of this article incorrectly referred to the new 33mm as a 35mm lens. We apologize for the typos.

Fujifilm to Boost Lens Production Capacity by 70% by 2020