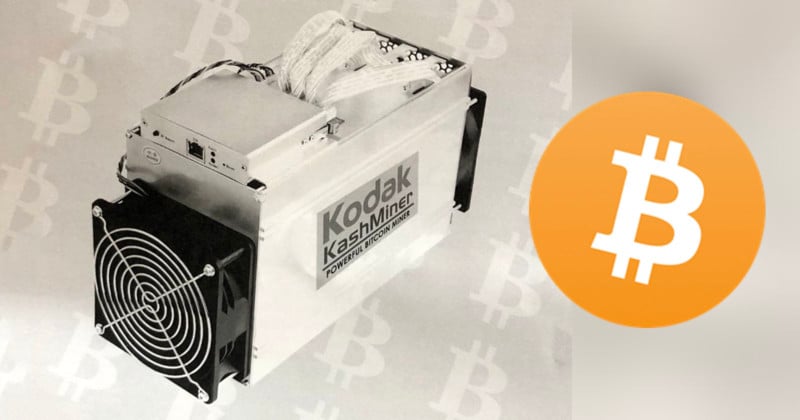 Back in January, the tech world balked when a Kodak-branded Bitcoin miner called the Kodak KashMiner was unveiled at the CES trade show in Las Vegas. It seems that photography and cryptocurrency enthusiasts weren’t the only ones that balked: the US Security and Exchange Commission (SEC) actually blocked the KashMiner from moving forward.

BBC News reports that the Kodak KashMiner scheme collapsed after critics called the product a “scam” and the SEC responded by halting its sale.

What’s more, Kodak tells the BBC that the third-party company behind the Kodak-branded miner, Spotlite USA, never officially licensed the Kodak brand for use on the miner, which was apparently a rebadged version of the popular Antminer S9 by the Chinese company Bitmain.

The Kodak KashMiner was to cost customers $3,400 up front for a 2-year rental period and provide them with a cut of profits from Bitcoins that were mined. Customers would reportedly earn profits of $375 a month over the course of the contract, generating profits of about $5,600.

But critics crunched the numbers and concluded that Bitcoin would need to maintain an average price of $28,000 per coin over the period to make the scheme pay out according to plan. Since January, Bitcoin’s price has plummeted to its current price of around $14,000 to less than $7,000 today.

The scheme was killed off by regulators so quickly that the company didn’t even finish the KashMiner website — some pages contained placeholder text instead of actual content.

Spotlite says it’s planning to run its own private mining operation now rather than rent out Kodak-branded miners to the public.

(via BBC News via Engadget)

That Weird Symbol on Your Camera is the Film Plane Indicator