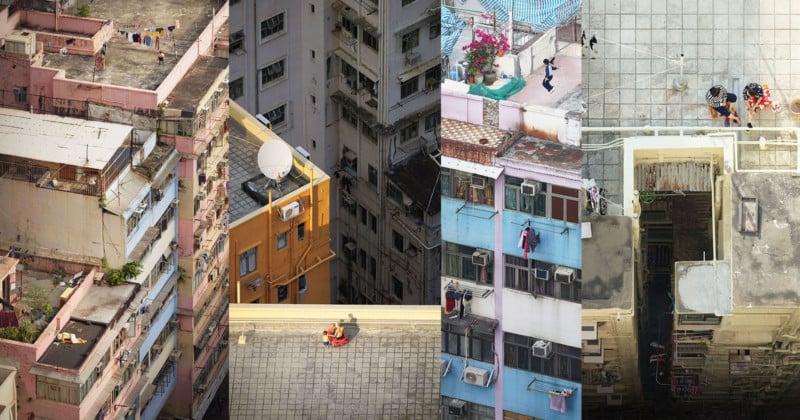 Hong Kong is one of the most densely populated cities on Earth and is notorious for its cramped apartments. In this type of environment, people make sure of all available space, and that’s the subject of photographer Romain Jacquet-Lagreze‘s photo series Concrete Stories.

Jacquet-Lagreze spent 4 years focusing his camera on the rooftops of old apartment buildings, which usually have unlocked rooftops that can be accessed by all residents. The photos of residents on the rooftops provide a glimpse into the daily life of Hong Kong’s inhabitants. “Nowadays, these buildings are disappearing at a fast pace given the scarcity of land, which forces the authority to pull down all the low-rise buildings in order to leave space to taller and more modern ones where rooftop are either totally inaccessible or well-secured to be accessed only by their owner,” Jacquet-Lagreze says. “And since these new buildings are made with luxury finishing, they drive the property prices up, making it unaffordable for humble people to remain in the district they used to live in.” 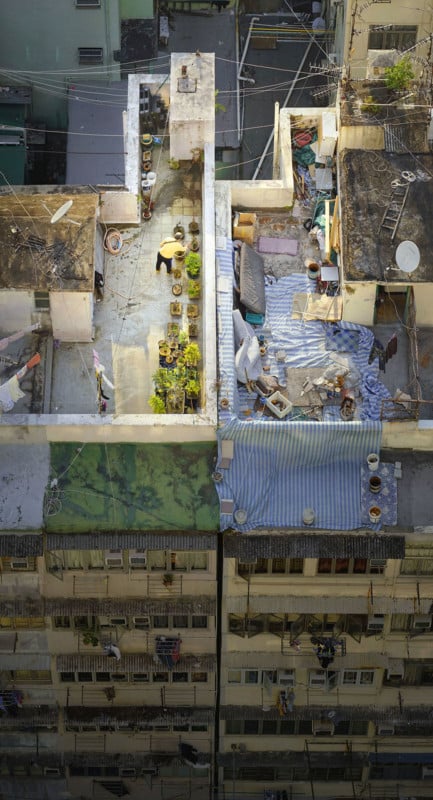 Jacquet-Lagreze says he was uncomfortable with the idea of invading people’s privacy, so he only pointed his lens at things going on in open rooftops that are visible from tens, hundreds, or even thousands of windows in surrounding buildings. He also aimed to capture scenes rather than easily identifiable photos of people and their residences. 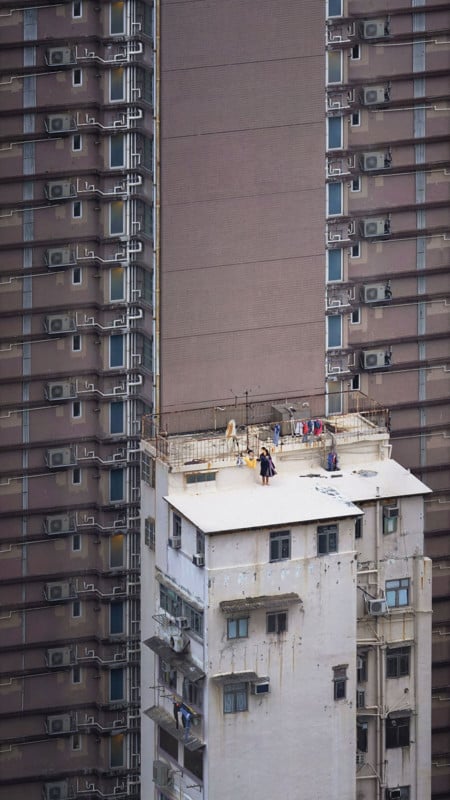 Yongnuo YN43 Turns Your Phone Into a M4/3 Mirrorless Camera

10 Tips to Up Your Street Photography Game